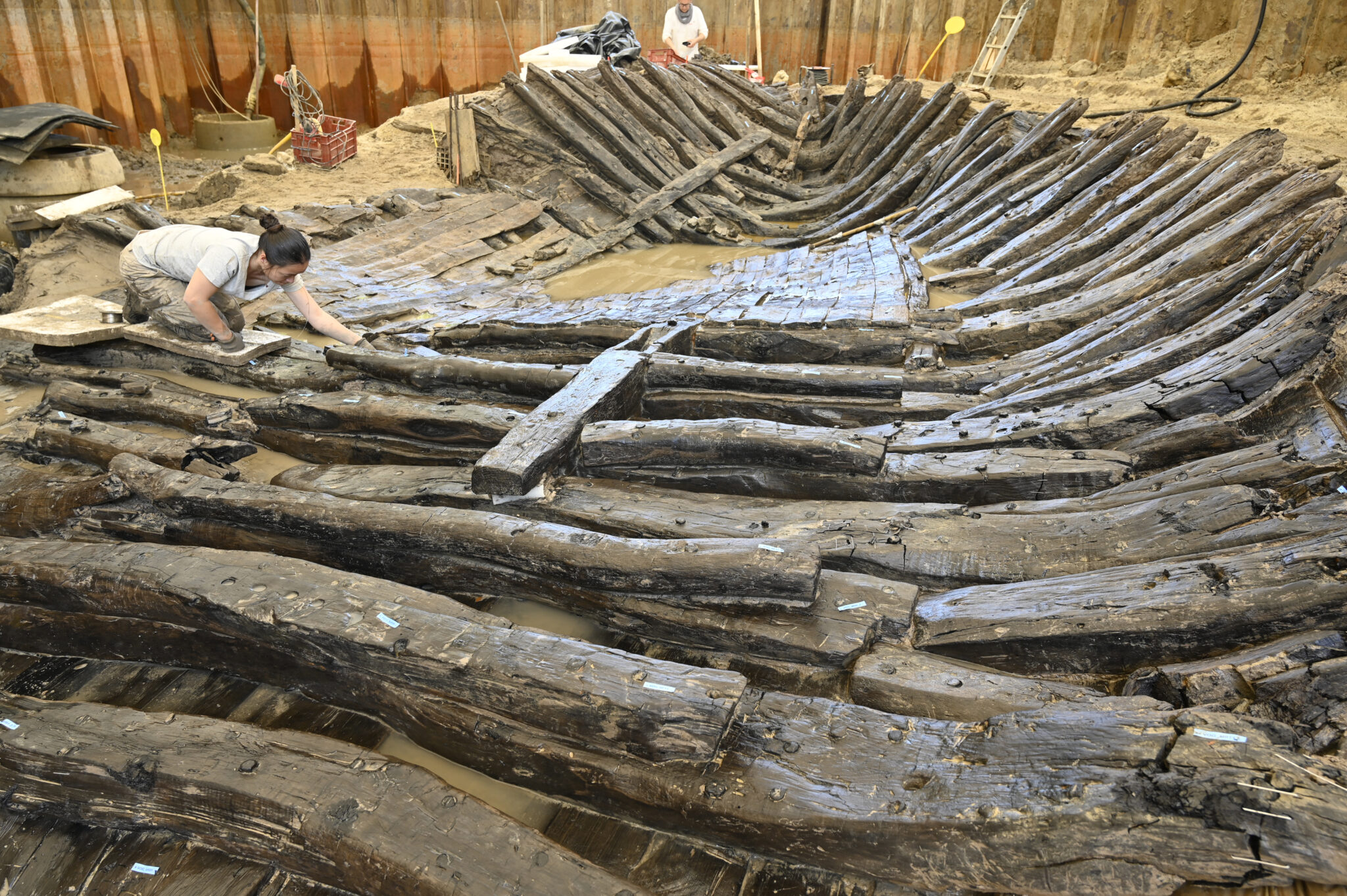 Archaeologists have discovered the wreck of a ship that navigated the Garonne river in southwestern France in the 7th-8th century. The wooden ship was unearthed buried under the bed of the Estey de Lugan, a silted-over stream outside the city of Bordeaux. The thick, water-logged clay has preserved the organic materials of the ship, including some rope fittings, for 1,300 years. There is almost no surviving written history chronicling navigation methods from the period, so the survival of this shipwreck is a unique testimonial to naval design in early medieval France.

The wreck is about 40 feet long, out of an estimated original length of about 50 feet when it was intact. The keel and dimensions indicate it was a cargo ship capable of both river and coastal navigation. It has a flat floor that would have allowed it to carry bulk goods. Both oak and softwood were used to construct it.

INRAP archaeologists will first document the ship in meticulous detail with photogrammetry, a 3D virtual model numbering and recording every individual piece of wood. The planks will be dismantled and numbered so that they can be reconstructed once stabilized and conserved.

The removal of the wreck will give archaeologists the unprecedented opportunity to study how it was constructed and how it navigated the waterways. The team will also be able to study the waterways themselves. The ship was found in a relatively remove area, a stream that was already non-navigable when it was documented in the 18th century. That a cargo vessel would take to a small stream off the Garonne attests to how these marshy areas near major waterways were used by trade vessels. 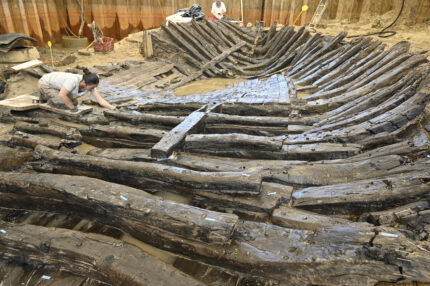