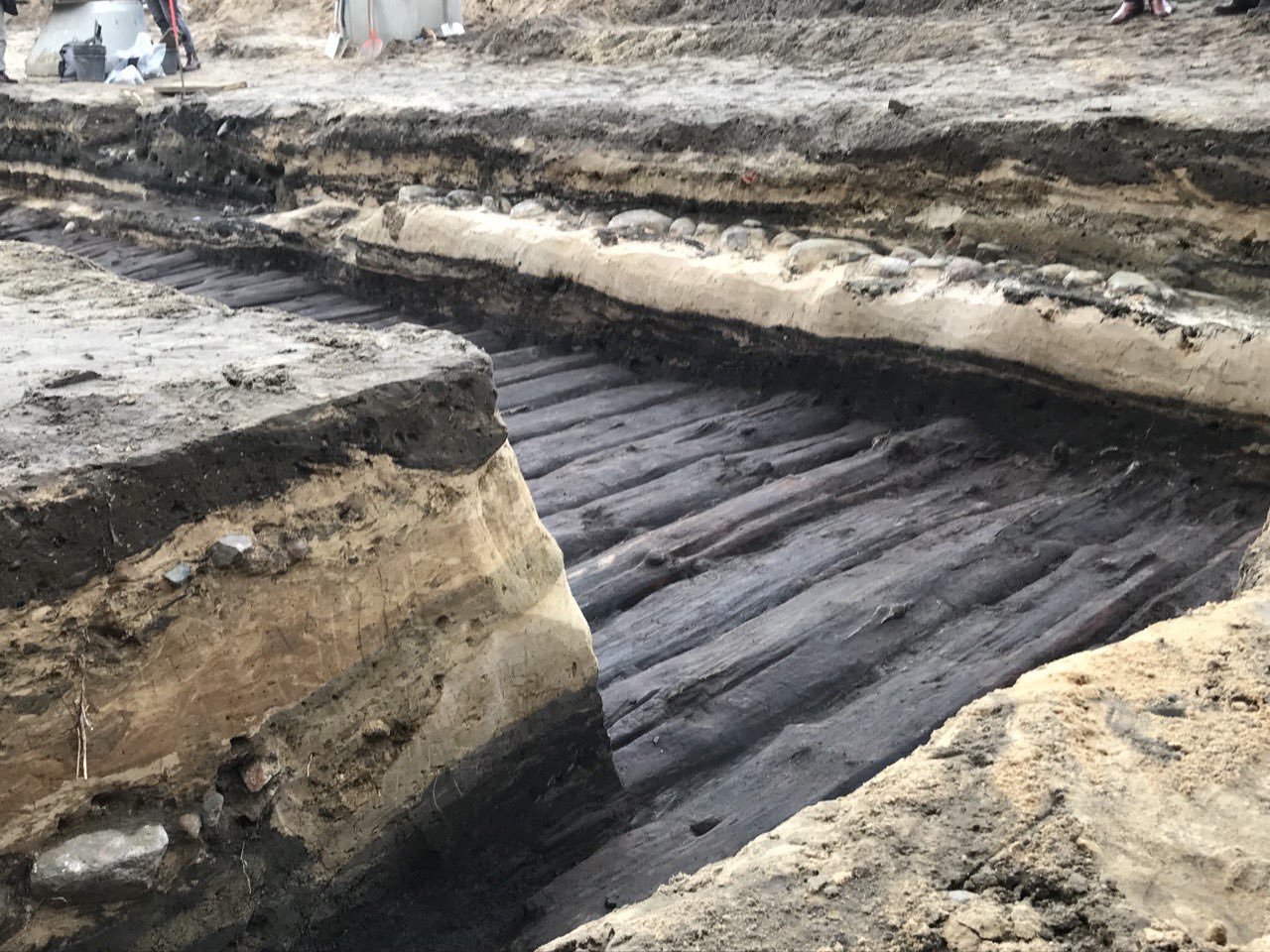 A long stretch of a 13th century wooden plank causeway has been discovered in Berlin’s historic downtown.  So far the remains of a section of road 164 feet long and 20 feet wide have been unearthed. Tree ring analysis of wood samples taken from the Medieval road revealed the trees were felled in 1238, dating this causeway to the early founding era of Berlin.

Archaeologists from the Berlin State Monuments Office (LDA) discovered the plank road in a preventative excavation before the installation of new power and gas lines under the Stralauer Straße. Today the street is a multi-lane arterial road leading north out of the historic center of Old Berlin parallel to the river Spree. It wasn’t a broad artery at its inception in the Middle Ages, but it was essential to give travelers a safe, solid surface through the waterlogged ground around the Spree from the Mühlendamm embankment dam to the Stralauer Gate in Berlin’s first defensive city wall.

The causeway remains were found just over eight feet beneath the modern street surface. It was built from trunks of oak, pine and birch which have survived 700 years in exceptional condition thanks to the thick peat layer that covered the timbers and the anaerobic environment of the waterlogged soil. The road is structured in three layers: a top layer of logs with the bark removed laid side by side across the road in the direction of travel. Under the top layer are three parallel rows of beams going in the opposite direction — longitudinally along the embankment. The 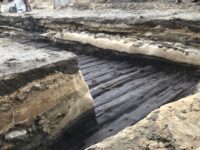 bottom layer is formed of thick trunks roughly worked. The two lower layers were packed over with sand and the uneven areas of the top layer were filled in with stones.

The excavation is ongoing and archaeologists hope to narrow down its age, original extent and the construction methods used to build it. The future fate of this rare survival is uncertain. The utility lines if installed according to plan will destroy the causeway. If the Berlin State Monuments Office plans to salvage it in some way, they have not announced it.