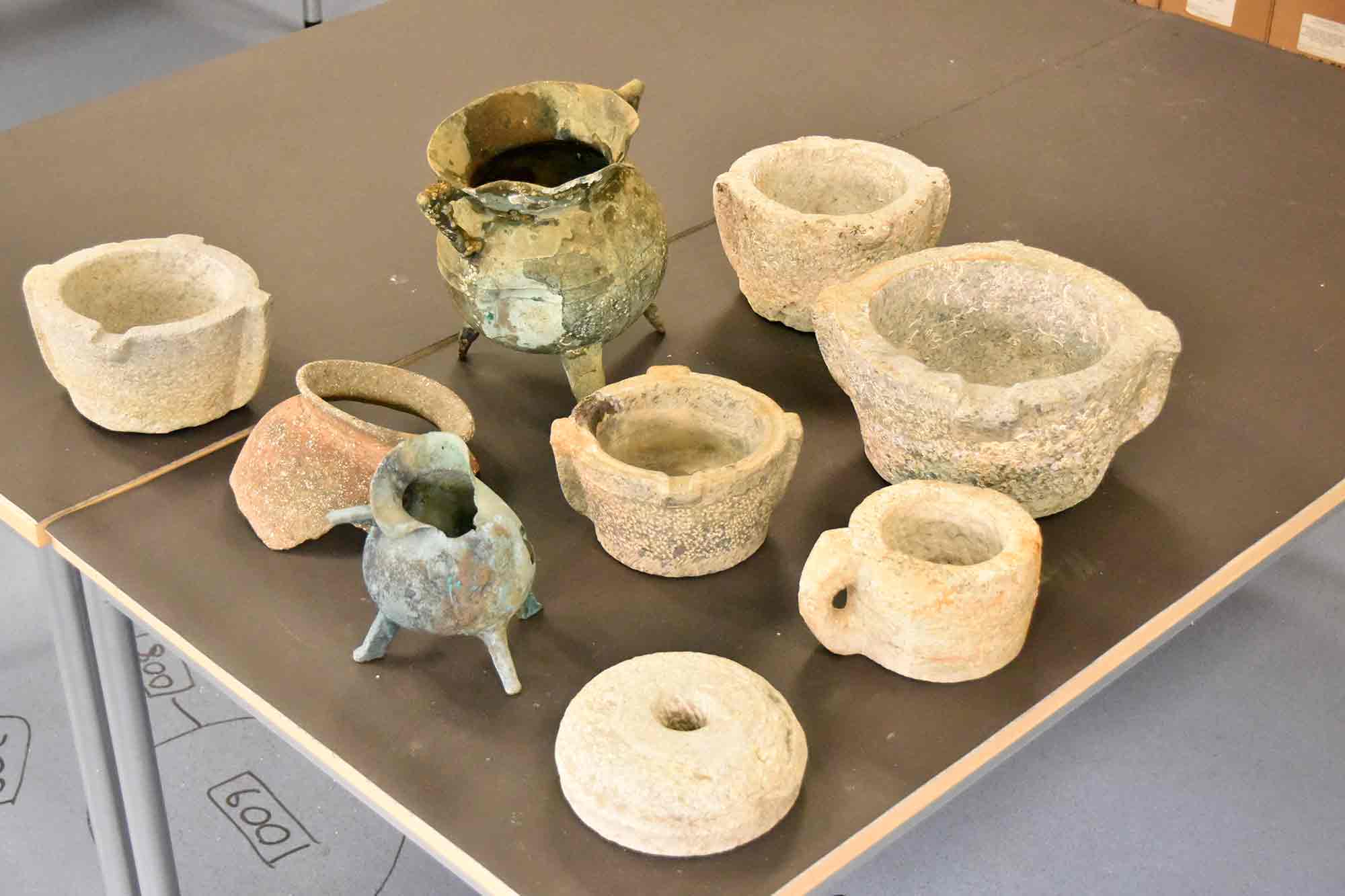 Maritime archaeologists have discovered the wreck of a 13th century ship off the coast of Dorset, England. Dubbed the Mortar Wreck, it is the only known wreck of seagoing ship from the 11th to the 14th centuries in English waters. The announcement of its discovery was delayed until the wreck was designated under the Protection of Wrecks Act of 1973. This designation requires careful monitoring of the site and that any divers who wish to explore it be licensed by Historic England.

The shipwreck was first discovered in 2020 by Bournemouth University divers who were exploring an obstruction on the western edge of the Swash Channel in Poole Bay. The central area of the wreck site is a large mound of unworked quarried Purbeck stone covering the remains of the port side of a wood frame clinker-built ship. Dendrochronological analysis of the hull planking found the boards were made from Irish oak trees cut down between 1242-1265, during the long reign of King Henry III (r. 1216-1272).

The cargo also included smaller use objects. The shipwreck got its nickname from a number of Purbeck stone mortars found in the wrecks. Other artifacts that went down with the vessel include a millstone, a cooking cauldron that would have been placed directly onto a fire and a large Fred Flintstone-like stone mug.

Just northeast of the mound are two gravestone markers, one decorated with an uncommon wheel headed cross design, one with the more common splayed arm cross. Neither of the slabs were polished or personalized.

The two carved grave slabs are similar to examples still seen in churches of the period, but unlike them are in pristine condition, with their chisel marks still clearly visible. Each is decorated with a different style of cross, which until now archaeologists thought dated from different periods, says Meara.

“But this goes to show that actually these designs were contemporary and in use at the same time. And so the question is: are these things that have been made to order? Or are they speculative and being sent out?

“This is evidence of industry – they’re quarrying the stones, carving them, dressing them. And it shows that these are really desirable products [being] exported far and wide, all around the coast of England, to Ireland, to the continent. And this gives us a really interesting indication that it’s not just the stone itself that was desirable. It’s the skills of the local craftspeople.”

The tree-ring dating and surviving finds indicate the wreck was a cargo vessel carrying quarried stone and gravestone slabs from the Purbeck region when it sank just off shore on its outbound journey.

The site is under threat from sediment erosion exposing the wood to boring sea organisms and boring organisms of the human variety (ie, looters). For its own protection, the wreck has been reburied. The new designation adds another layer of protection by making interference with the scatter field, ship or any artifacts related thereto illegal.