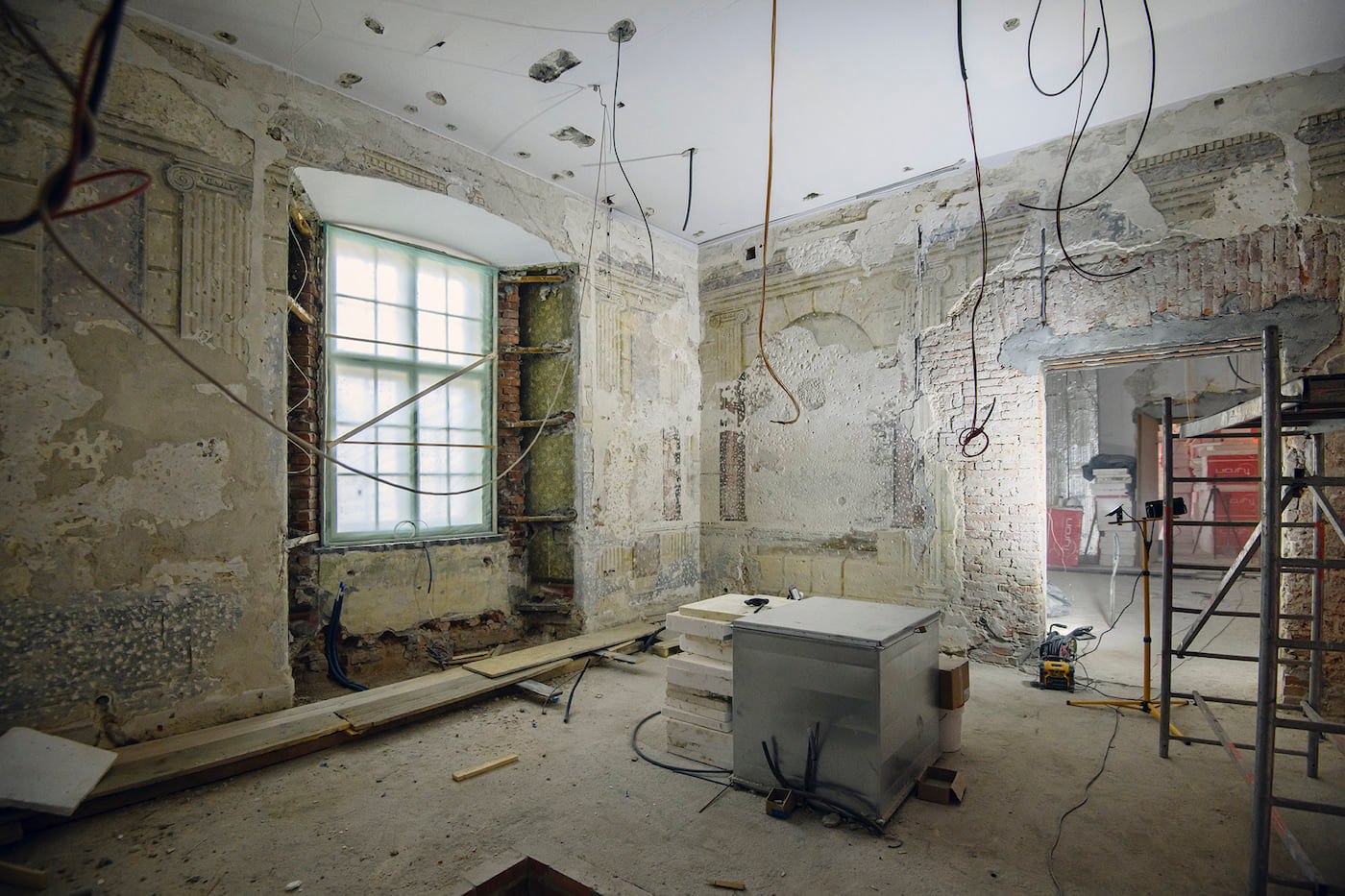 Renovations at the Saltworks Castle in Wieliczka, southern Poland, have revealed surviving sections of the original 17th century polychrome decorative painting on the walls of five rooms. The headquarters of the UNESCO World Heritage Wieliczka Salt Mine for 700 years, the Castle is now home to the Krakow Saltworks Museum dedicated to the history of salt and of the mine. The museum has been undergoing a refurbishment of previously unused rooms to expand the castle’s exhibition facilities. The paintings were discovered when 300 years of plaster and paint covering them were removed.

The polychrome paintings include floral and plant motifs — bouquets in vases, leafy wreaths — arabesque decorations and the coat of arms of the Vasa family.  One of the rooms has a particularly spectacular array of trompe l’oeil architectural elements in classicist style like columns, arches and landscapes in the distance between them.

They were found on the first floor of the eastern part of the castle which has rooms dating back to the 16th century. The directors of the salt mine lived there in the 18th and 19th centuries, but there were no records describing the wall decoration, so the discovery of a large number of paintings with well-preserved color came as a shock to restorers.

The plan to use the rooms as temporary and permanent exhibition space will now have to find a way to showcase the treasures they’ve found on the very walls.

“The preserved layers, from different periods, intertwine; in some places they are preserved only in small fragments, and in some – in large ones “- emphasized the conservator. “We plan to expose all layers to show them as the history of this object. If such possibilities arise and such a decision is made, we can possibly remove some of the outer layers – this is called a transfer, transfer to a new substrate – and display them in a different part of the castle , wherever the available exhibition space will allow it “- explained Chojkowski.

The “delamination” method allows the reconstruction of a larger area of ​​earlier polychromes. “The fact that one of them is younger does not mean that it has a lower value, because it can be much more interesting. For us, partial removal or transfer of layers to a new substrate is so important that there are probably even earlier plasters here. now it is difficult to say whether there is also any layer of polychrome there “- said the conservator.