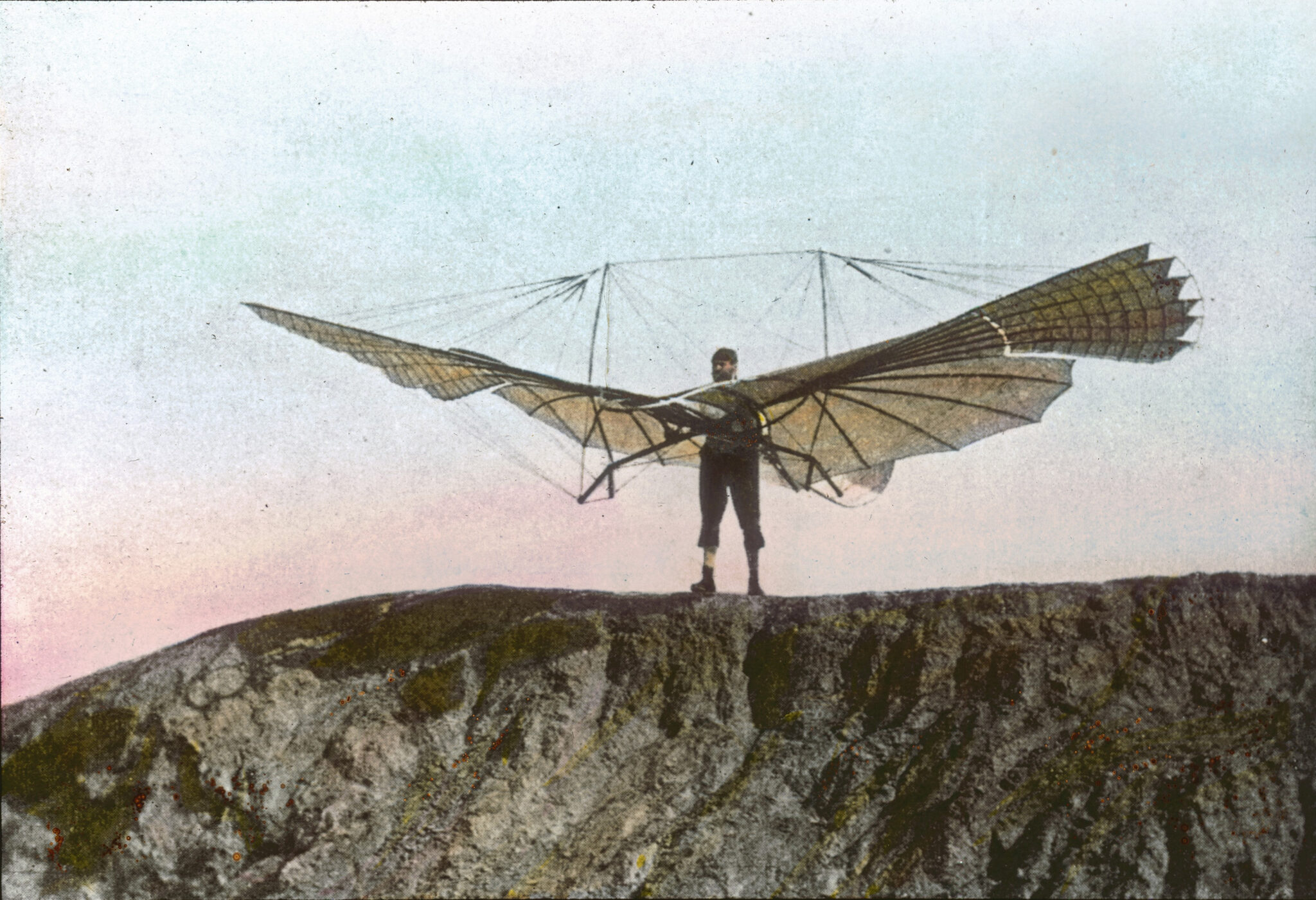 A rare 19th century glider has been restored and will go on display at the Smithsonian’s National Air and Space Museum. The glider was made in 1896 by German aviator Otto Lilienthal, the first man to successfully make consistent, repeated, thoroughly documented and witnessed flights. He was dubbed “The Flying Man” and 1891, the year when his flights began, is considered the dawn of human heavier-than-air flight.

He literally wrote the book on wing aerodynamics, observing the flight of birds for translation to flying machines. One of his glider models, the Lilienthal Normalsegelapparat (“Normal soaring apparatus” would make a pretty great band name), was the first aircraft in series production. His manufacturing company, Maschinenfabrik Otto Lilienthal, was the first airplane production company in the world.

Unfortunately Otto Lilienthal would pay for his pioneering vision with his life, dying on August 9th, 1896, when his glider stalled and he plunged 50 feet to the ground. He broke his neck in the fall and died in the hospital the next day. His last words were “Sacrifices must be made.” 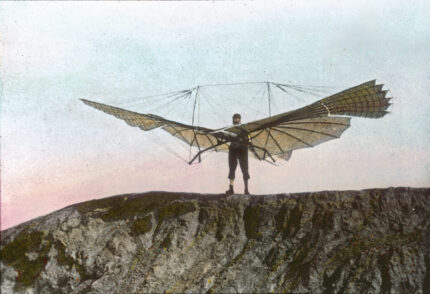 There were 10 documented Lilienthal Normalsegelapparat examples sold between 1893 and 1896. The only American buyer was newspaper magnate William Randolph Hearst. Hearst bought his glider in late April 1896. Lilienthal’s daring flights had generated a great deal of public interest and Hearst staged flight tests for public spectacle and to increase the circulation of the New York Journal. The dream lasted a few days only. On May 3rd, the glider, piloted by Frank Ver Beck, an illustrator known for his comedic drawings of animals, crashed. Ver Beck was unharmed, but the glider sustained some broken ribs on the right wing.

The Hearst glider was put in mothballs until it was acquired by John Brisben Walker, editor of Cosmopolitan. He displayed it once in 1905 at the debut event of the Aero Club of America before donating it to the Smithsonian in 1906. Restoration of the fragile winged machine began in November 2019 and it took experts 18 months to restore it not to its pristine condition, but to the broken-rib condition it was in right after the crash.

According to Smithsonian records, an employee rebuilt the Lilienthal glider in 1919. But for this conservation treatment, curators determined that the horizontal stabilizer had been lost after the crash, and its 1919 copy was inaccurate and incorrectly positioned. The original vertical fin was too damaged to be reattached, so it was preserved and placed in storage.

But the broken ribs from the crash, which are part of the glider’s history and identity, says [chief conservator Malcolm] Collum, were preserved. “As a rare and special artifact, we consider events like that part of its operational history,” he says. “Just like a fighter plane that comes back… and has combat damage like bullet holes…we consider that to be sacred.” During previous restoration efforts, Collum says, “a lot of historical manufacturing details were just skimmed over.”

Smithsonian conservators worked with colleagues at the Otto Lilienthal Museum and the Deutsches Museum in Germany searching for details in the historical record. “What really differentiates this project from previous restoration work: Every time it was restored in the past, they were using … the wrong information, and not studying the artifact itself,” Collum says. “In this process, we’ve actually done the technical analysis, done the archival research, and collaborated with colleagues in Germany to bring out as many original historical details as possible.”

In some places where the wood needed support, they used glue to reinforce it. They did make a discovery. They had not realized the glider had an impact bar, so they added one after finding the original mounting hardware. And they added a new plain-weave cotton fabric, as the original was long gone. And the tail, which had been poorly fabricated in a 1967 restoration, was replaced with historically accurate components made with bamboo and willow.

The Smithsonian’s restored Lilienthal glider will go on display in Early Flight, an exhibition exploring the first decade of the airplane era, which opens this fall.