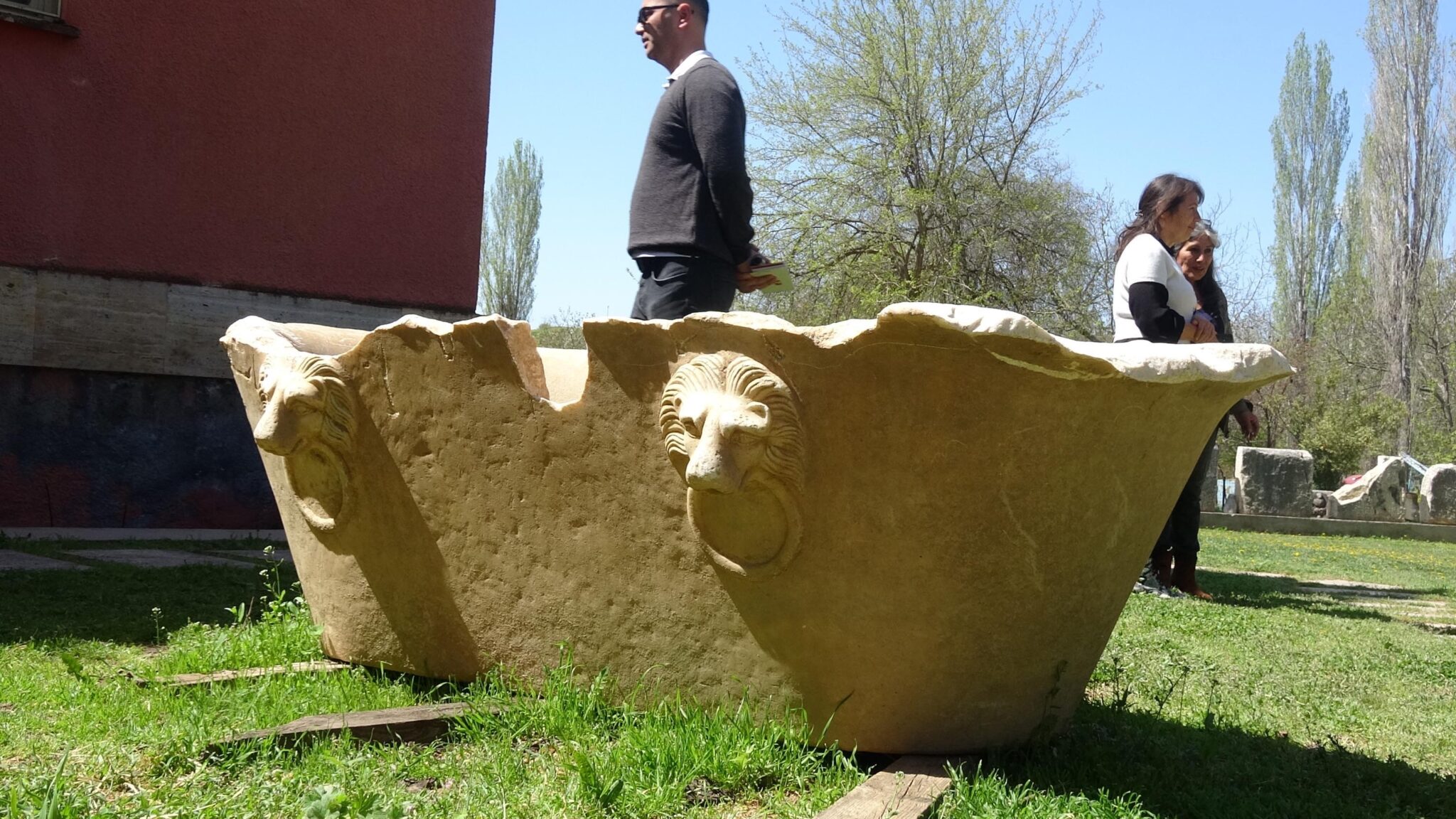 A Roman-era marble bathtub from the 3rd century was confiscated by police in Karacasu, western Turkey just as it was about to be sold by smugglers. This is the only solid marble bathtub ever discovered in Turkey.

The basin is 5’11” long and weighs one ton, so by no means a portable antiquity. It is decorated with two bas relief lion’s heads holding rings in their jaws, a popular motif on bath and fountain basins as well as tub-shaped sarcophagi. (Or as waterspouts on temple eaves. Or as pulls on furniture.)

The find site is unknown, but experts believe the tub was locally produced in the ancient city of Aphrodisias. Now within the municipal boundaries of Karacasu, Aphrodisias was the largest and richest urban center in the region at the time when the bathtub was made. It was also home to a major sculpture workshop, and the quality of marble and of the carving in the lion heads suggest it was produced there.

A basin of this size with high-end carving was likely used in the private home of a wealthy individual. Public baths also used tubs, either because the bathing facility was too small to have a hypocaust heating system which was very expensive to install and operate, or to hold cold water for people to dip into quickly when closing their pores in the frigidarium.

Provincial Culture and Tourism Director Umut Tuncer examined the bathtub and emphasized that the ancient city of Aphrodisias is a very special area, which is on the UNESCO World Heritage List. […]

Tuncer said that the tub would be restored and displayed at the museum. “We believe that it will attract the attention of art lovers. There is a bath structure in all of our ancient cities. These places were actually used as public and social spaces.

The culture of hot water, bathing and cleaning was an important part of the period. We have seen everything we expected to see in this tub. […] The richest ancient city of the region is Aphrodisias. The city also had a large sculptor school. We can see the curves that reflect the facial expressions, muscles and mimics in the sculptures in the Aphrodisias Museum,” he said.

The ruins of Aphrodisias have long been a target for looters. Gendarmerie teams are constantly patrolling for illegal excavations, using drones with motion-sensitive thermal cameras to scan the ancient city for suspicious treasure-hunting activity.