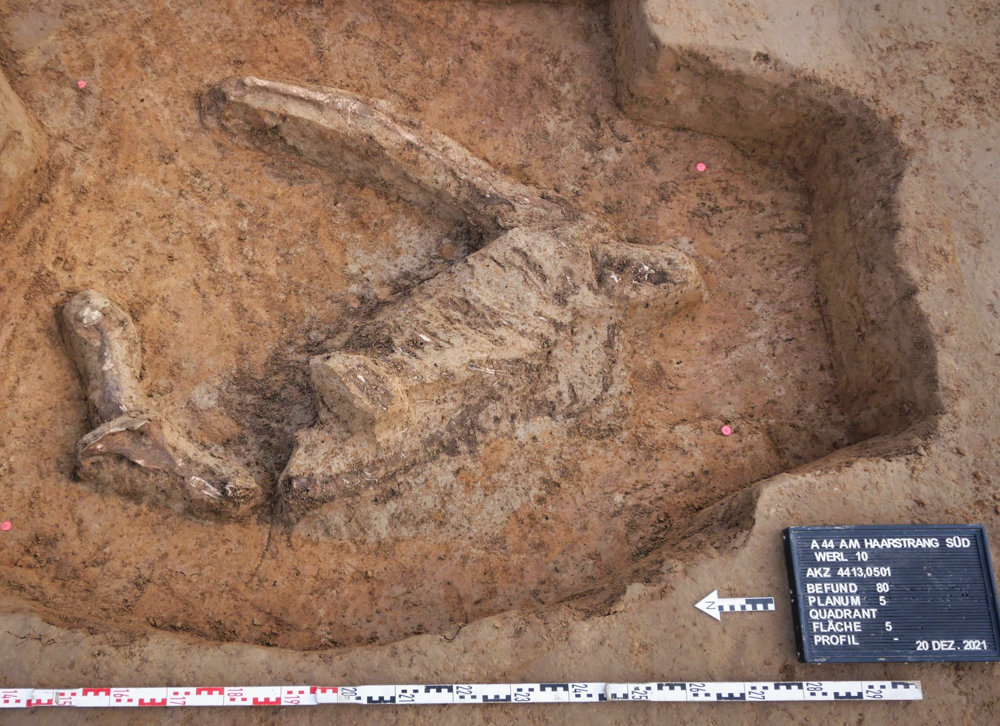 Archaeologists have discovered a rare horse burial from the 1st century A.D. in an excavation at the site of highway construction near Werl, northwestern Germany.  The team unearthed 114 finds from the 1st century, including two wire fibulae that are very rare in this part of the country, evidence there was a small settlement dating to the early Roman Empire at the site.

The skeletal remains of a horse buried on its side is an even rarer find than the fibulae, and all the more so because the soil in the Hellweg region is highly acidic and can make short shrift even of large bones.

“The horse burial is definitely one of the highlights of this dig,” says Robinson. This horse burial came to light completely unexpectedly, because given the prevailing soil conditions, it is not a matter of course that parts of bones and even teeth would have been preserved, according to the excavation director.

One of the teeth is now to be examined further in order to determine the age of the horse more precisely. “However, the soil in the pit backfill around the horse was no different than that in the rest of the pits,” Robinson shares. It is therefore obvious to the experts that the horse burial can also be dated to the first century AD.

The dates have not been confirmed yet. Archaeologists hope that another unexpected discovery — charred wood at the base of a deep pit — will help narrow down the ages of the objects and remains found there. 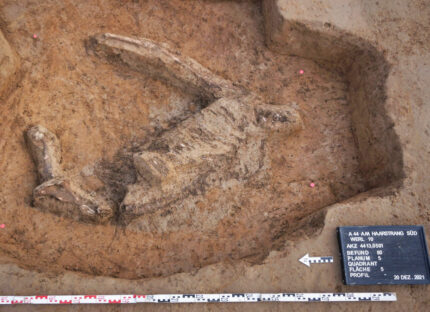