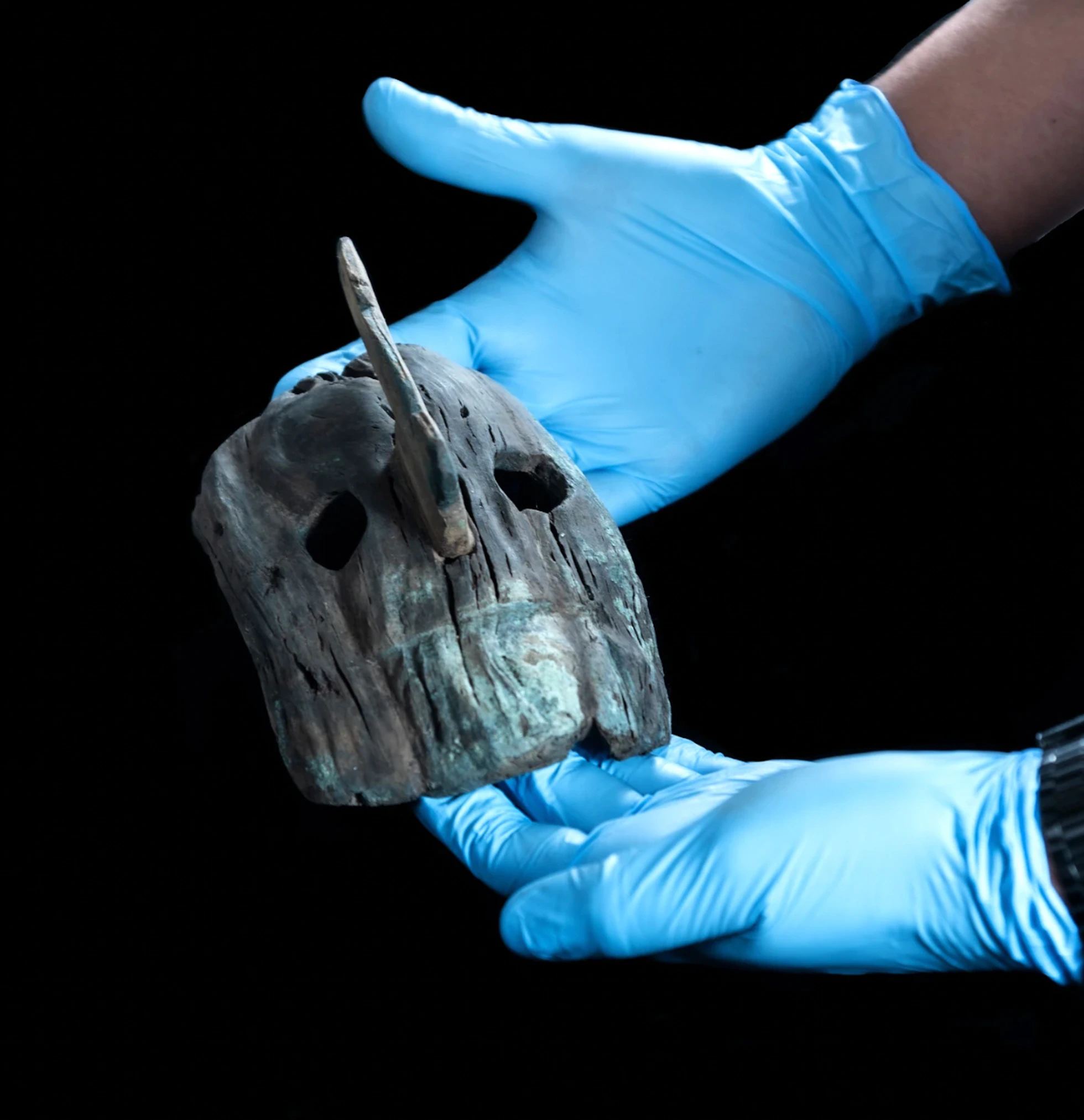 More than 2,550 wooden offerings have been discovered at the Templo Mayor in the historic center of Mexico City. The objects include darts, dart throwers, pectorals, earrings, masks, ear plugs, serpentine scepters, jars, headdresses, and figural representations, including one of a flower and another of a bone. They were ritual deposits made to consecrate new buildings and as offering to the patron deities of the temple, Huitzilopochtli, god of war, and Tlaloc, god of rain and agriculture.

The objects were made from softwood, mostly pine, along with some white cedar, Montezuma cypress, tepozán (aka Rio Grande butterfly bush) and aile (aka Andean alder). Almost all of them are complete, preserved for more than 500 years in anaerobic soil of the ancient lakebed. They are in such good condition that many of them retain their original polychrome paint.

The Templo Mayor was the religious center of Tenochtitlan, the capital of the Aztec Empire, and was built and rebuilt in seven phases between the founding of the city in 1325 and the early 1500s. The Spanish destroyed it in 1521 and over time its exact location was lost. It was rediscovered in the early 20th century in what was then an affluent neighborhood of Mexico City. It would not be fully excavated until 1978 and 13 buildings had to be demolished to get to the temple.

Since excavations began, more than 7,000 artifacts have been unearthed. Most of them are offerings — figurines, clay pots, skeletons of animanls, gold, snail shells, slate, obsidian knives —  but wood offerings were exceedingly rare, and the few that were found disintegrated almost instantly after being removed from their contexts and exposed to the air. 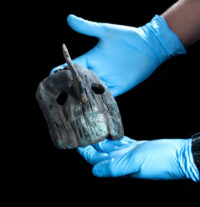 Archaeologists have a practices to prevent that sad fate today. Organic archaeological materials preserved in wet, dark, cool, low-oxygen environments are now kept wet until the water can be removed gradually. Decades of constant PEG showers preserved entire ships like the Mary Rose  and the Vasa. A giant custom-built freeze drier took over for PEG in the conservation of La Belle. The conservation of the 2,500 wood offerings will employ a cutting-edge method that requires neither prohibitively expensive petroleum product nor a prohibitively expensive freeze drier. INAH conservators are using a far cheaper and more accessible product: synthetic sugar. 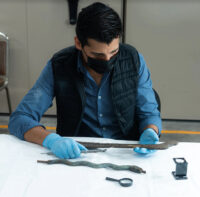 Archaeologists working with the conservation team first transferred the wooden objects to the field laboratory where they were submerged in water and kept in plastic containers so they can be documented and assessed. Once in the conservation laboratory, the objects are soaked in a solution of synthetic sugars (lactitol, trehalose) which are chemically compatible with wood and can withstand attacks by microorganisms and fluctuations in humidity. The first solution is a week concentration of 5% sugars in water. As the cells of the wood absorb the sugars, the objects are moved into increasingly stronger concentrations in 13 stages until the solutions reach the maximum concentration of 82%. This process takes six to nine months.

Once the sugar solution has fully impregnated the wood, the objects will be rinsed and cured inside a heat chamber at 120F (the same temperature I use to dehydrate fresh garlic paste to make garlic powder). This final bake crystallizes the sugar within the cell walls of the wood, thickening the cell walls and maintaining the original volume of the artifacts.