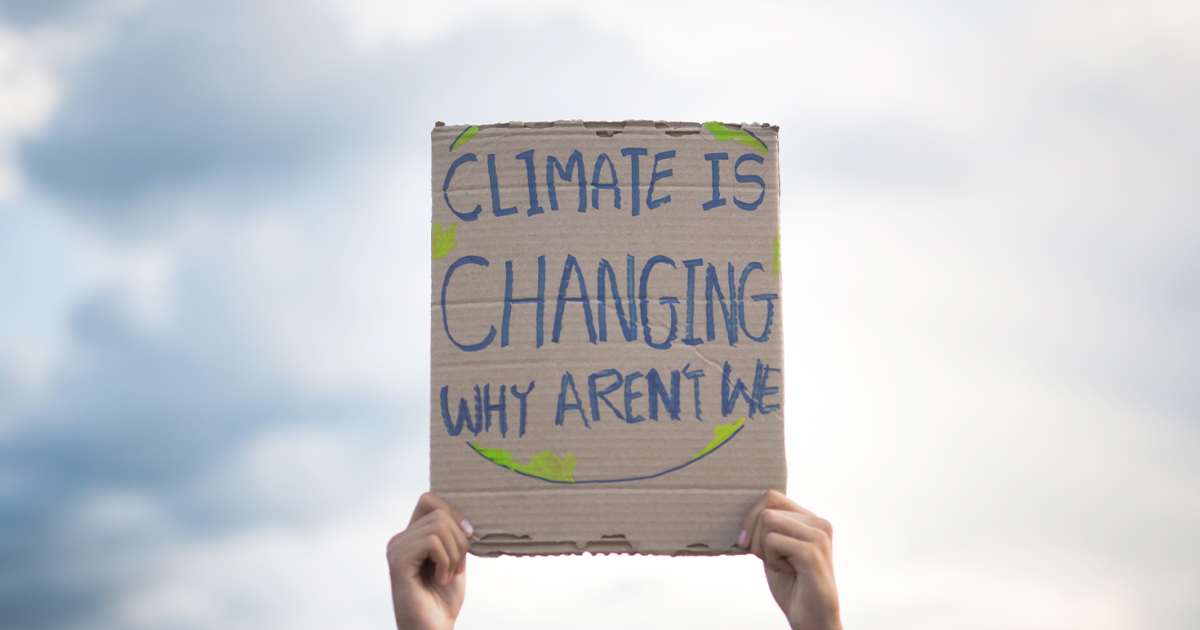 This article was originally published on World Resources Institute. Read it here.

The last decade was defined by commitments to tackle the climate crisis. It began with a slow trickle and ended in a torrent of countries, cities and companies announcing goals to end deforestation, shift away from coal, transition to electric vehicles and more.

Many of these commitments were in pursuit of a massive goal — reaching net-zero emissions by mid-century. Today, 83 countries responsible for three-quarters of global emissions have net-zero commitments and policies in place. So do more than 1,000 cities and 750 companies. It’s fantastic.

But all these commitments depend on one thing: action — particularly by G20 nations.

And evidence shows that action isn’t happening fast enough. The latest IPCC report finds that we have fewer than eight years to halve the world’s greenhouse gas emissions if we hope to limit temperature rise to 1.5 degrees Celsius (2.7 degrees Fahrenheit), the target scientists say is necessary for preventing the worst impacts of climate change.

It’s increasingly clear that if we are to achieve transformative change at breakneck speed, climate action must be good for people here and now. This is a fundamental shift in thinking from where we were even 10 years ago. A shift in focus — from CO2 “parts per million” to people — is what will make climate action stick.

There are no silver bullets, but there are three essentials to sticky climate action:

Promises to reach net-zero emissions by mid-century need to be credible. Too many anemic climate commitments and lack of transparency have understandably prompted skepticism.

Take the finance sector. Financial institutions controlling a whopping $130 trillion of assets joined the Glasgow Financial Alliance for Net Zero in 2021. This was unprecedented good news. But the credibility of these pledges is entirely dependent on those same stakeholders weaning off fossil fuels.

For countries, cities and companies to make their net-zero targets credible, they must act this decade, make verifiable progress and communicate that progress transparently. Without taking these steps to build trust and credibility quickly, faith in net-zero targets will continue to erode.

The U.S. Securities and Exchange Commission recently proposed new rule changes that, if adopted, would require all companies, both domestic and foreign, to disclose climate-related risks, greenhouse gas emissions and other relevant information to the SEC. Moving from a voluntary disclosure regime in the U.S. to a regulated one would have a global impact. This is exactly the type of step needed to create the conditions for direct climate action, verifiable progress and radical transparency.

The transition to net-zero emissions is coming. We need to make major systemic changes now to ensure the path will be smooth, reliable and just.

Coal is as compelling a case as can be found in the global transition to net-zero emissions. The science of phasing out coal is clear. It is the most polluting energy source, and almost all paths to limiting temperature rise to 1.5 C require eliminating its use by 2050. The economics of phasing out coal are compelling, too. Today, in most parts of the world, new renewable energy sources are cheaper than new coal plants. And yet coal still accounts for a significant 25 percent of global energy use and directly employs more than 7 million people.

We need to get the coal phase-out right — and get ready for it right now — to succeed at an economy-wide transition to net-zero emissions.

So, how do we transition away from coal and keep the lights on and ensure the well-being of fossil fuel workers while overall demand for energy increases?

The world’s biggest coal users must implement a coal phase-out now whilst global investment in renewable energy triples. This will not be easy. About 60 percent of China’s electricity and 70 percent of India’s still comes from coal. In countries such as India, which have focused on solar and wind, the energy storage costs are daunting. Cutting coal will take considerable support from private capital catalyzed by bilateral and multilateral finance institutions. And we’ll need to ensure that the livelihoods of those employed by the fossil fuel sector are protected.

We need to get the coal phase-out right — and get ready for it right now — if we are to have a shot at succeeding at an economy-wide transition to net-zero emissions.

We must confront and address the central uncomfortable truth of the climate crisis: Those who are least responsible for creating the problem are the most affected by it.

This is the case between countries: 12 percent of the global population residing in the 23 richest countries are responsible for half of historic global CO2 emissions. It is also true within countries: economically or socially marginalized communities — including communities of color — are the most likely to be exposed to pollution and the impacts of climate change, and often have the fewest resources with which to manage them.

Not only are the responsibility and impacts of climate change unequally distributed, so are the resources and power to do something about it. Any way you look at it, it smacks of injustice. Addressing this truth requires us to think about climate change not only in terms of carbon, but in terms of justice and civil rights. It requires us to shift power and finance to communities living on the frontlines of climate impacts.

Shifting power — and funding — to frontline communities is the smart thing and the right thing to do.

First, take power. Research shows that locally led climate action is both effective and equitable. It should come as no surprise. Indigenous People have been stewards of their lands for thousands of years. Today, Indigenous Peoples own or manage at least half the land in the world, yet only 10 percent of it is legally recognized as theirs. Shifting power — and funding — to frontline communities is the smart thing and the right thing to do.

Second, take finance. In 2009, developed countries committed to mobilize $100 billion a year by 2020 to support climate action in developing nations. But by the end of 2021, it was clear that they had failed to meet that goal. Moreover, only a tiny fraction of the funds provided went towards locally led climate action.

As we move forward, developed nations must not only honor and strengthen their climate finance commitments, but also shift finance to the frontline communities who need it most, and accelerate global efforts to align all finance flows with the goals of the Paris Agreement.

We know what needs to happen to cut emissions and limit global temperature rise to safe levels. And we know what must be done to adapt and build resilience to the climate impacts already upon us.

The burning question is: Are the leaders of G20 countries — countries responsible for 75 percent of global emissions — ready to do what it takes?

The visionary climate leaders and movements of recent years — Vanessa Nakate, Greta Thunberg, Alexandria Villaseñor, Fridays for Future, the Sunrise Movement — opened the door to a world without the worst impacts of climate change. It’s up to today’s leaders to walk through it.

Now is the time to turn commitments into action that sticks.