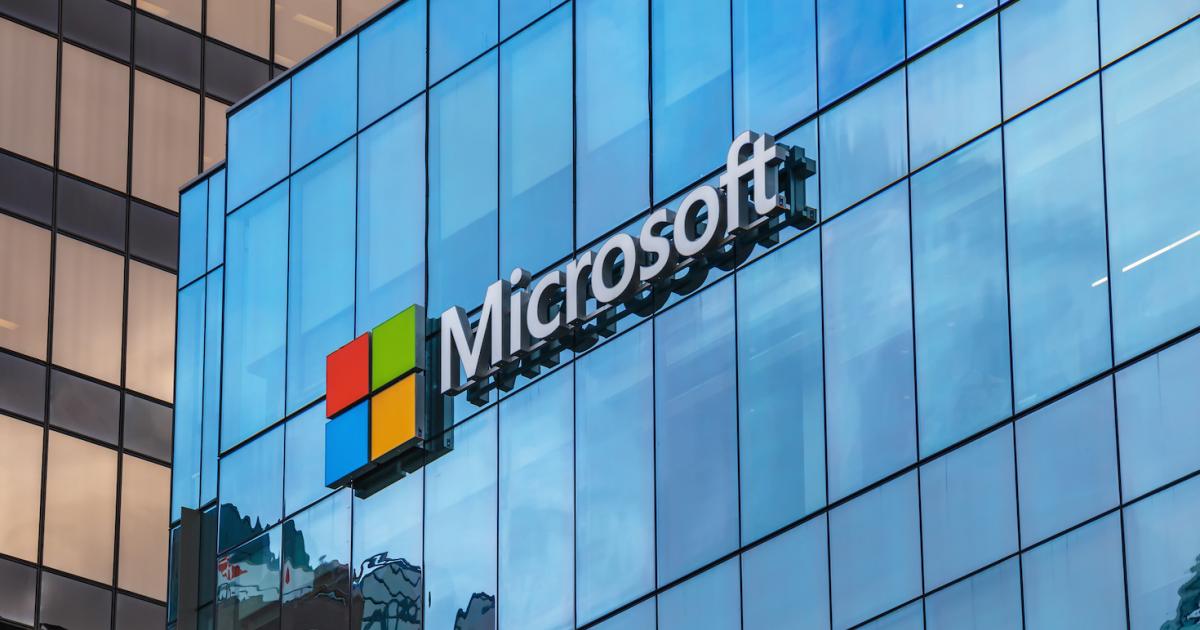 Microsoft is one of those companies we write about a lot at GreenBiz, as it has often been at the forefront of sustainability. While other organizations are focused primarily on getting to carbon neutral for current emissions, Microsoft plans to offset its entire historical emissions going back to when the company was founded in 1975.

The software powerhouse has certainly been busy. Early this year, it launched the Carbon Call, a collaboration with the ClimateWorks Foundation to develop reliable and accurate carbon accounting tools for companies and states tracking their carbon emissions. Microsoft is also building a cloud tool for managing and tracking sustainability metrics like emissions, sourcing suppliers and waste. Its quest to go carbon negative in the next 10 years also inspired a $1 billion fund for carbon reduction, capture and removal technologies.

Microsoft’s newest carbon removal report, issued in March, offers a deeper glimpse into its efforts to go net zero by 2030, a goal many other companies are reaching for over the next decade. It’s the third such update detailing its carbon removal efforts; in 2021, Microsoft published reflections on its 2020 work and in early March, it published a similar analysis for 2021.

Among the core details in the latest report: In 2020, the company invested in projects driving 1.4 million metric tons of CO2 removal, equivalent to emissions from 301,657 cars driven for one year, according to the EPA calculator. In 2021, Microsoft bumped its purchases up to 1.5 million metric tons and collected carbon emissions data from 87 percent of its suppliers.

But while the company’s Scope 1 and 2 emissions decreased by 17 percent, Scope 3 stubbornly rose 23 percent year over year. According to Microsoft, most of that increase came from Xbox business growth and a rise in demand for cloud services such as Microsoft Office, which lead to an expanding global datacenter footprint. To combat this in the future, Microsoft is increasing the fee it charges business units for business travel to $100 per metric ton of CO2, adapting the way it sets carbon emission reduction targets, increasing the frequency of internal reporting and raising its internal carbon price.

According to the report, Microsoft believes “the lower response rate reflects our clearer criteria this year, greater supplier awareness of the distinction between carbon removal and carbon avoidance (despite the lack of common standards) and high demand for projects.”

Before the RFP, Microsoft released a criteria for removal projects with Carbon Direct, a carbon asset manager that also works with Shopify. The criteria outlined more specifically that Microsoft was looking for proposals from projects that would directly remove carbon from the atmosphere rather than avoided emission projects (such as protecting an already standing forest). According to Elizabeth Willmott, carbon program manager at Microsoft, by doing this the company got less proposals this year for projects that weren’t carbon removals and cut down on the amount of vetting her team had to do to find the right projects to invest in.

Durability or permanence, meaning how long the carbon can be estimated to be stored, is a key factor for carbon offsets. Microsoft’s portfolio is a mix of high, low and medium durability projects. High durability projects, such as direct air capture, are estimated to store carbon for over 10,000 years, while low durability, nature-based ones such as planting a forest or mangrove, rarely get estimated to last above 100 years. Microsoft just identified six biochar projects for its medium-durability term solution, which it estimates will sequester carbon for between 200 and 1,000 years.

Biochar is charcoal made from biomass, decomposing agriculture or forestry waste in an environment without oxygen, that can be used to sequester carbon in the soil while also increasing the health of those soils.

Biochar is being newly embraced as a true carbon removal solution at scale.

The biochar projects backed by Microsoft include Puro.earth, Carbonfuture, Climate Robotics, Carbofex, ECHO2 and Carbon Cycle. The projects span from Oregon, Texas and California to Finland, Australia and Germany. The largest contracted volume for removal is 6,926 metric tons from the Freres Biochar project, which generates steam for lumber production using a biomass boiler with lumber scraps and local waste used as feedstocks. The biochar is created as a byproduct of this process. The other projects hover around the level of 1,000 metric tons of removal and use feedstocks such as bark, food waste, spruce thinnings and wood chips.

“It’s what was available in terms of medium durability solutions that were relatively affordable and in supply on the market,” Willmot said. “It is being newly embraced as a true carbon removal solution at scale.”

Other corporate leaders in carbon removals, such as Shopify, have also started to invest in biochar solutions.

3. A move away from direct air capture

For high durability solutions, the common one that has been in direct air capture (DAC), where machines pull carbon directly out of the air for sequestration. Legacy players, such as Climeworks and Carbon Engineering, which have both been around since 2009 and have over $100 million in funding each, are working with Shopify, Stripe and Microsoft.

Charm Industrial injects a bio-oil created from plant and crop biomass that contains atmospheric carbon deep into the earth. Neustark sequesters CO2 from biogas from plants into concrete for construction.

“These types of hybrid solutions are really interesting,” Willmott said. “We’re very excited to invest in and procure from companies that are interesting startups and that are growing the future supply.”

Microsoft described these technologies as storing carbon for 10,000 years but only contracted 300 metric tons (equivalent to 65 gas-powered cars driven for a year) total from the two 5-year-old startups in this young sector.

According to Willmott, a big reason Microsoft chose these technologies was because these startups were affordable.

Currently, Microsoft charges a carbon fee of $15 a ton on emissions across all three scopes, but the carbon removal purchases only cover Scopes 1, 2 and business travel (The company plans to cover all three scopes in 2030).

The extra money from the internal carbon fee on Scope 3 emissions allows the company to buy more expensive removal purchases. The average price it paid to the carbon project creators across all the removals this year was $19.40 per ton.

“The increase in the carbon fee has been worked on for the past few years so that we could get the funding that we need to basically fulfill this higher durability portfolio because even for a big company, like Microsoft, affordability is really a concern,” she said.