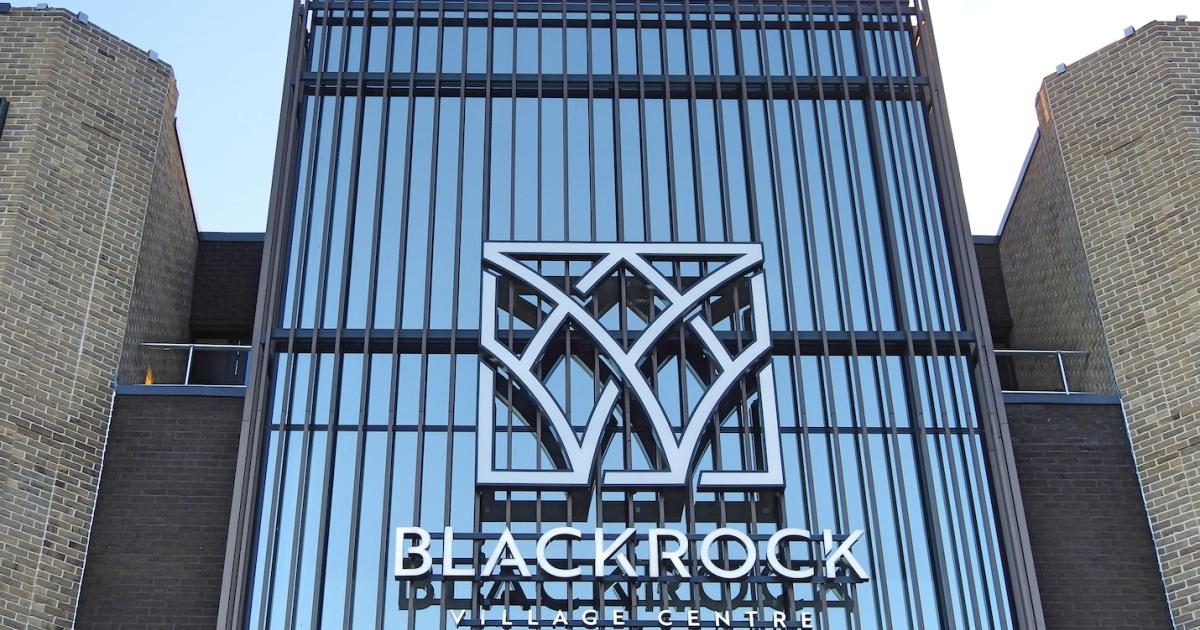 This article was originally published on WRI. Read it here.

When BlackRock Chairman Larry Fink speaks, the investment world tends to listen. BlackRock is, after all, the world’s biggest asset manager, with a record $10 trillion in assets under management.

Parsing the details of his annual letter to companies has become something of a ritual among finance-watchers, and this year’s letter, released Jan. 17, was no exception. Titled “The Power of Capitalism,” Fink’s missive offered insights into where he sees opportunity and risk, and what weight this super-giant firm places on sustainable business. The letter builds on other signs of Fink’s growing concern about climate change, as expressed in past letters, appearances at COP26, op-eds and more.

Indeed, a key theme of Fink’s over the last few years is a growing class of risks that touch every corner of the economy — those related to climate change, its impacts and the transition away from fossil fuels. Different firms, sectors and geographies have different climate risk profiles. But climate change will bear on just about every kind of business imaginable over the coming decades, and BlackRock invests in just about the entire market.

Fink’s letters detail his firm’s plans for dealing with these risks and capitalizing on affiliated opportunities. As the dust settles from Fink’s 2022 letter and other recent developments, we went past the headlines to analyze where BlackRock stands and what it can do in the coming year.

Here are three key areas where BlackRock can do better to raise the standard for sustainable finance:

1. Improve its own climate targets

For the last several years, businesses have increasingly framed their climate efforts in terms of reaching net-zero emissions by 2050.

However, critics question whether a deadline three decades away will motivate corporations that are more focused on quarterly earnings — particularly because emissions reductions need to start now to have a chance of stemming the most severe climate change impacts.

Short- and medium-term targets that begin for 2025 and progress in five-year increments can help assuage such doubts. And this is what BlackRock seeks in this year’s letter from the companies it invests in: “As part of [our sustainability] focus, we are asking companies to set short-, medium- and long-term targets for greenhouse gas reductions.”

As part of [our sustainability] focus, we are asking companies to set short-, medium- and long-term targets for greenhouse gas reductions.

This is a positive step for BlackRock, which only asked for a 2050 target last year. It encourages early action that climate scientists say is necessary, and mirrors the best practices seen in the Science-Based Targets initiative’s Net-Zero Standard. However, BlackRock itself has only committed to being net-zero by 2050, outlined in Fink’s 2021 letter. Since it is asking companies for shorter-term targets, it should lead by example.

As part of the Net Zero Asset Managers initiative, BlackRock should “set interim targets for 2030, consistent with a fair share of the 50 percent global reduction in carbon dioxide identified as a requirement in the IPCC special report on global warming of 1.5 degrees Celsius.” BlackRock should set a robust short-term target as soon as possible, given that it presents itself as a climate action leader of the financial industry.

2. Use its influence to push other companies to change

Fink writes that “divesting from entire sectors — or simply passing carbon-intensive assets from public markets to private markets — will not get the world to net zero.” This indicates that BlackRock prefers to remain invested in some problematic companies and change them from within with incentives and pressure, a strategy known broadly as engagement or investment stewardship.

Engagement can reshape finance. But there are tradeoffs between divestment and engagement. Divestment can increase the cost of capital, but, as Fink writes, may drive assets towards less-accountable private markets. Engagement avoids these issues, but at the risk of being slow and resource-intensive. And neither divestment nor engagement necessarily guarantees emissions reductions. Engagement may work best when divestment remains a viable threat.

Giant asset managers such as BlackRock and its peers Vanguard and State Street — the so-called “Big Three” — are inclined to favor engagement rather than divestment based on their business model and role in the financial system. Often described as “universal owners,” these firms have invested across the entire economy, in every asset class and geographic region. They also have ownership stakes large enough to influence their investees.

So, these asset managers have both the breadth of diversification that make them especially concerned about systemic risk and enough ownership concentration to be taken seriously by corporate executives and board members. Additionally, as part of their business model, their fee-based revenues are proportionally linked to the number of assets under management, which incentivizes them to continuously increase their balance sheets. If divestment is off the table, BlackRock will need to strengthen its engagement efforts to be effective.

If divestment is off the table, BlackRock will need to strengthen its engagement efforts to be effective.

BlackRock’s recent record shows improvement on this front. After sustained civil society campaigns, BlackRock and its peers in the super-giant asset manager space became much more active on sustainability in engagement. But the improvements still fall short: BlackRock voted in favor of sustainability resolutions 53 percent of the time during the most recent proxy season, compared with an average of 70 percent for the rest of the members in the Net Zero Asset Managers initiative.

Fink’s letter indicates he is aware of the need to bulk up these efforts. BlackRock is expanding its stewardship team and should continue to do so. It should also set stronger expectations for companies, and clearer thresholds for its own voting behavior. If climate change is a top priority, as Fink maintains, BlackRock should increase its support of shareholder proposals on climate action. Standards for engagement need to be science-based, especially in the fossil fuel industry, where the International Energy Agency has said “no investment in new coal, oil or gas supply” is consistent with a pathway to net-zero emissions by 2050.

How can BlackRock increase pressure on companies that ignore shareholder concerns on sustainability? Collective pressure organized through coalitions such as Climate Action 100+, which BlackRock joined in 2020, can help. They can oust backward-looking leadership on the executive team or the board of directors, as seen in Engine No. 1’s campaign at Exxon. And they can engage with public policy, backing the implementation of the Task Force on Climate-related Financial Disclosures (TCFD) and supporting new regulatory frameworks for disclosure of climate risks and political spending that isn’t climate-aligned.

If BlackRock is committed to holding these companies through the energy transition, it has a strong material interest in seeing them decarbonize — or else it may be left holding the bag.

3. Empower clients with choices on votes and products

So far, we’ve focused on what BlackRock can do. But part of the asset management firm’s sustainability efforts should focus on empowering its clients to go farther, faster on climate and the environment.

Fink recognizes this in his letter, noting a goal to give clients “choice on ESG votes.” (ESG stands for “environmental, social and governance,” a framework for incorporating these factors into investment decisions.)

To achieve this, BlackRock will allow institutional investors and pension funds more voting options that give these asset owners a clear, direct way to use their power as shareholders. Other asset managers should do the same. BlackRock also indicated in its 2022 Letter to Clients that it will offer additional services, frameworks and analytical tools for clients to help navigate the net-zero transition and its corresponding risks and opportunities. It should emphasize the importance of climate change to clients and continue making the business case for it.

BlackRock also needs to offer more empowering products. This can start with expanding the voting options to ETF and mutual funds investors. It needs more and better sustainable investment products. For example, it recently launched its first Paris-aligned Benchmark ETF in the United States; it should keep expanding its offering of sustainable products. These products should incorporate decarbonization targets and be strong enough to allay growing concerns about greenwashing in ESG products, to which BlackRock is not immune. It can also better integrate just transition, equity and ESG components into its standard offerings, including its powerful and popular passive products.

Much of Fink’s letter dwells on the nature of capitalism and its relationship to social change. Throughout the letter, Fink claims stakeholder capitalism and markets can solve the climate problem — we just need to adjust some incentives and policies.

In doing so, he speaks as both participant and proponent of stakeholder capitalism, shaping its trajectory and at the same time standing to benefit from it. BlackRock has grown its importance in financial markets and is expanding its influence with policymakers, for example in advocating for public money as “first-loss” guarantees for private investments.

This double materiality, as it has been called, cannot be lost in the frenzy for sustainable investing.

Fink is in a privileged position. That privilege confers responsibilities. As Fink promotes the attributes of stakeholder capitalism, he bears the burden of proof and moral responsibility to reassure the public via tangible actions. And, perhaps — given the system’s dismal record of failing to heed warnings from the scientific community — he should acknowledge where stakeholder capitalism may fall short and support, for example, the kinds of regulatory moves we reference above.

Fink frames climate change as a business risk, and for those savvy enough, a business opportunity. And as Wall Street digests the lessons of IPCC reports, UN climate summits, and years of drought and wildfires, this framing is increasingly commonplace. That’s a good thing, but it is not the whole story — because as much as climate change will affect business, business is also affecting the climate. This double materiality, as it has been called, cannot be lost in the frenzy for sustainable investing.

For those observing BlackRock and other finance giants, one key question is whether Fink and his peers acknowledge the real-world impacts of their investments and the ways that finance will need to work together with government, civil society and communities to hasten and smooth the transition — a ride that will be bumpier from the frontlines of climate change than from the commanding heights of the economy.