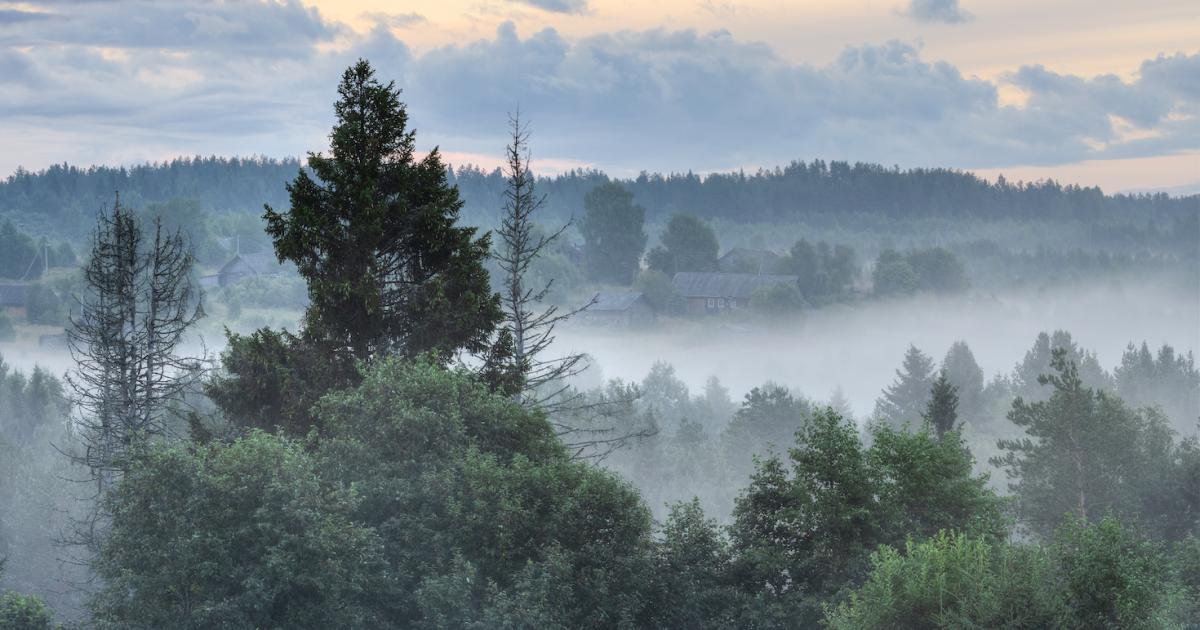 To reach the United States’ target of reducing net emissions by 50-52 percent from 2005 levels by 2030, the federal government and non-federal actors will need to increase the ability of natural and working lands to sequester and store carbon. A recent economy-wide analysis finds that reaching these climate goals will require the United States to enable its lands and forests, or its land carbon sink, to remove at least 913 Mt CO2e annually by 2030, which represents a 13 percent increase in yearly sequestration over 2019 levels. This increase in sequestration would be equal to the emissions from over 20 million cars every year.

To achieve this, the nation must restore trees to the landscape, increase the adoption of climate-smart agricultural practices and protect landscapes that already store carbon. Federal investment and action from all levels of society can allow the United States to achieve the full potential of these pathways, creating jobs and other economic benefits in the process.

Congress can enhance the land carbon sink and support jobs

Congress has a historic opportunity to invest in these practices and demonstrate climate leadership in advance of COP26 through the Bipartisan Infrastructure Deal and President Joe Biden’s Build Back Better Agenda, which Congressional leaders are looking to implement through a budget reconciliation bill. As they are written, these bills would channel unprecedented levels of funding to incentivize climate-smart practices on private land, reduce wildfire risk, improve forest carbon inventories and build a climate workforce, moving the nation closer to realizing the potential of its land carbon sink.

Ambitious and immediate federal investment in these areas could also create hundreds of thousands of jobs; offer local, state and federal tax revenue; and add value to economies in every state across the United States. The win-win combination of climate benefits and job creation would help advance the nation toward a sustainable new climate economy.

These bills face ongoing negotiation, and there is concern that funding for lands and conservation could decrease in the face of pressure to limit spending across Biden’s agenda. As these two bills move through the legislative process in the coming weeks, Congress needs to ensure that lands remain a priority and funding levels remain robust to reflect the urgent need for this investment and the economic benefits it will bring.

While action is needed across all land sectors, research shows that three tree-based pathways hold the greatest opportunity for enhancing natural carbon removal in the near-term while supporting jobs and economic vitality. WRI analysis shows that these pathways could offer an attractive return on investment: they require a total federal investment of $126.6 billion over 20 years and would support about 3.9 million job-years (or 199,000 jobs each year for 20 years). Put another way, 31.4 jobs would be supported for every million dollars of federal investment. Over 20 years, this investment would also generate $226.8 billion in value added to local economies, including $164.4 billion in employee compensation and $12.2 billion in state, federal and local taxes.

Together, the Bipartisan Infrastructure Deal and the House Build Back Better Act include $29.8 billion over nine years for agricultural conservation and forest management, which would represent an initial investment in realizing the land carbon sink and job creation potential.

Here are three pathways for tree-based carbon removal, which should be a priority for federal funding in both bills:

Trees are a carbon-removing technology that is ready for deployment today. Although building the infrastructure to plant healthy forests at the necessary scale will require considerable investment and work, professionals are already working to plant and manage trees and forests every day. Federal investment in reforestation and forest restocking could help to expand employment in these sectors, particularly in rural areas, where 67 percent of job creation potential exists.

Across federal, state, local and private lands, there is an opportunity to reforest historically forested land that has been cleared, disrupted or burned and has lost the ability to sequester carbon. There is also an opportunity to restock, or increase the density of, existing forests in the eastern and midwestern United States where trees have been lost due to disease or disruption, and where increased forested density would not increase fire risk.

Non-federal lands, which include state, local and private lands, hold the greatest potential for carbon removal and job creation. In these lands, 185.4 million acres are eligible for reforestation and restocking. This could remove 156 MtCO2e per year by 2030, and up to 312 MtCO2e per year in 2040 and beyond. Reforestation and restocking on non-federal land could also support 68,100 jobs across multiple sectors annually.

Across both federal and non-federal lands, an annual federal investment of $3 billion per year for 20 years could support 79,800 jobs annually, or 26.8 jobs per 1 million dollars of investment. Missouri, Ohio, Michigan, Pennsylvania and Wisconsin would see the highest total levels of job creation from reforestation and restocking across all land ownership types.

Agroforestry, or the practice of incorporating trees into agricultural systems, could help expand trees and their climate benefits. This would also benefit farmers and ranchers, as agroforestry can improve soil, crop and animal health, and provide added revenue from forest products and timber. Agroforestry practices with notable climate benefits include silvopasture, or integrating trees into animal agriculture; alley cropping, or interspersing row crops with rows of trees; and planting windbreaks, or strategically placed groups of shrubs and trees that prevent soil erosion and protect crops and livestock. There are about 110.9 million acres of U.S. cropland and pastureland that may be eligible for agroforestry and could sequester 156 MMT CO2e per year.

Many forests in the United States, particularly in Western states, are at high risk for severe fire due to widespread tree death from drought, disease and historical fire suppression. Severe fires threaten forest-adjacent communities and permanently damage trees and ecosystems, which can turn forests into a source of emissions. Wildfires also produce pollutants that can increase the risk of respiratory and cardiovascular health problems in people who inhale smoke.

Techniques to reduce severe wildfire risk include removing biomass, strategically thinning out overly dense forests and conducting controlled, low-intensity burns to remove fuels that could feed severe blazes. These kinds of treatments — known as fuel load treatments — do not prevent wildfire from occurring, but they lower the risk of massive fires. Prescribed burning alone could reduce wildfire carbon emissions in the western United States by 18–25 percent and could increase long-term forest carbon storage by 18 MtCO2 per year through avoided tree mortality.

The increasing frequency of catastrophic wildfires across the United States highlights the importance of ambitious and immediate investment to increase ecosystem health and reduce the risk of severe wildfire. There are over 86.7 million acres of forest in the nation that could be eligible for fuel load treatments. Federal investment could help mitigate the risk of wildfire in these forests and would directly employ prescribed burn professionals and forestry professionals. Fuel load treatment also generates biomass and timber that can have downstream uses that generate employment.

Accounting for both fuel load treatment jobs and jobs supporting wood and biomass processing, a yearly federal investment of $1.5 billion in fuel load reduction could support 69,600 jobs, or 45.2 jobs per million dollars invested. The states with most potential to support jobs related to wildfire risk mitigation are California, New Mexico, Wyoming, Oregon and Idaho.

An opportunity for society-wide action

While federal action is essential to enhance and protect the land carbon sink, reaching the nation’s climate goals will require states, local governments, the private sector and civil society to push forward their own initiatives to reforest and restock forests and to mitigate wildfire risk. For example:

Through the proposals in front of Congress, there is an opportunity to allocate funding to these pathways, which would create jobs and add value to economies across the country while removing carbon from the air. Federal investments would also help to catalyze and support action at all levels of society and move the United States closer to reaching its 2030 climate goals. Investments in natural carbon removal also need to be accompanied by job training programs and policy guardrails — as they are in many parts of the Bipartisan Infrastructure Deal and the Build Back Better Act — to create high-quality, accessible jobs. Passing the Bipartisan Infrastructure Bill and the Build Back Better Act with current levels of funding is a critical step toward building a new climate economy that creates a just, low-carbon future.

Note: Where not otherwise specified, economic impact, acreage potential and carbon removal potential were derived as part of analysis for WRI’s working paper The Economic Benefits of The New Climate Economy in Rural America. Please refer to this paper’s appendices for information on methodology.