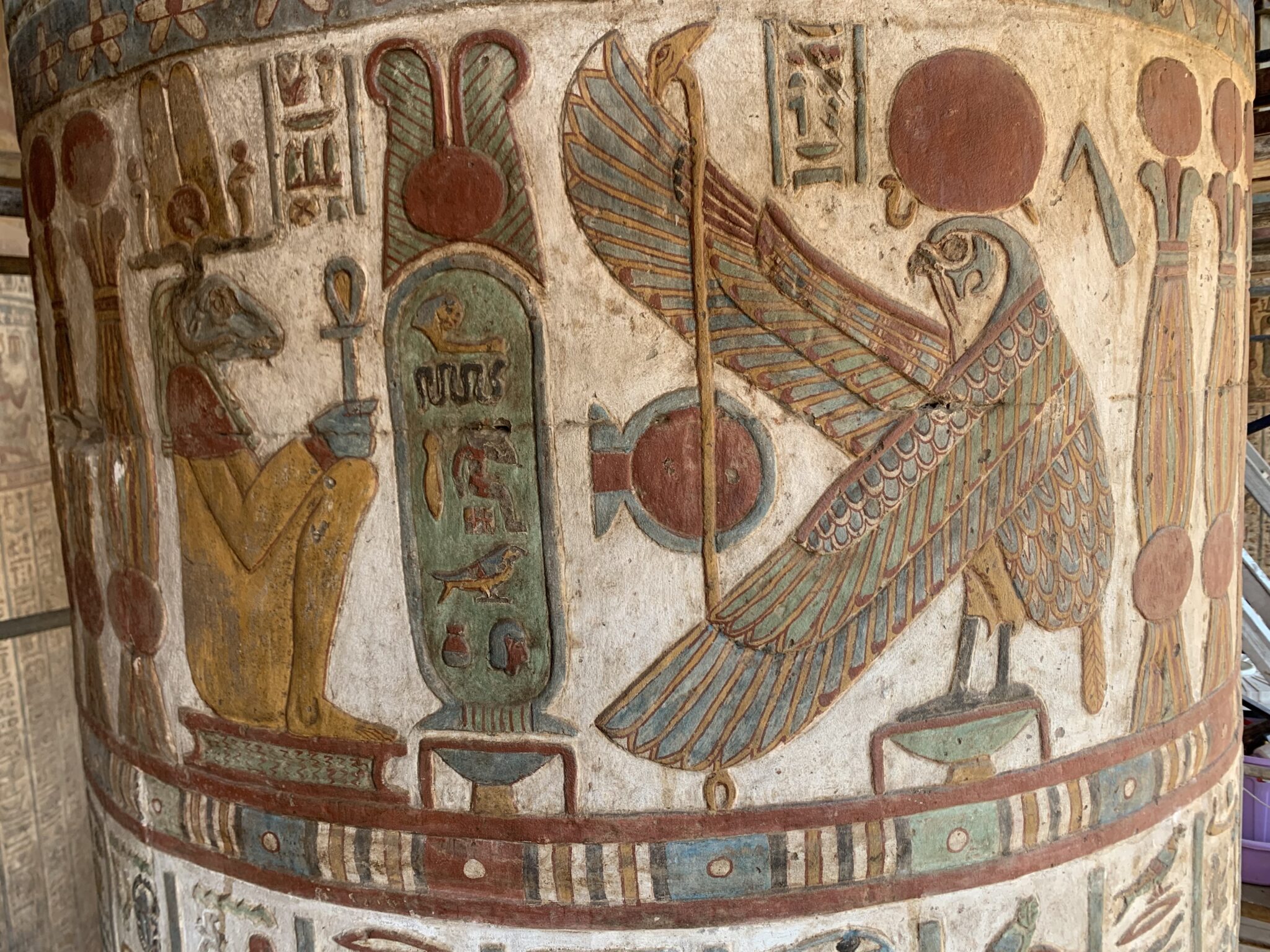 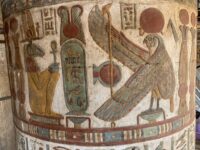 Restoration work at the Esna Temple on the west bank of the Nile 35 miles south of Luxor has revealed painted inscriptions and images in vivid original color. The walls, ceilings and columns were caked in a thick coating of sand dust, grime, salt efflorescence and bird and bat guano and remains accumulated over the centuries, obscuring the inscriptions to the point where they were all but invisible to the naked eye. 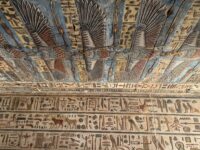 Of particular note are the paintings on the middle ceiling above the entrance hall. More than 45 feet high, the ceiling is painted with 46 eagles in two rows. Twenty-four of them have eagle heads, representing the goddess Nekhbet and Upper Egypt. Twenty-two have cobra heads, representing Wajit, goddess of Lower Egypt. The temple inscriptions were documented and photographed by French Egyptologist Serge Soniron between 1963 and 1975, but the ceiling with the 46 eagles was never recorded or published.

Another find of great note was a simple Greek graffito drawn in red ink. It was found in the western wall frieze in the temple axis and was completely covered in layers of black soot. The inscription records the day and month, Epiphi 5, which would have corresponded to late June or early July during the reign of the Emperor Domitian (81-96 A.D.) Archaeologists believe this is the date when construction of the Esna Temple was completed.

Built primarily in the Ptolemaic and Roman eras, the temple was dedicated to the ram-headed god Khnum, god of the Nile and creation and one of the oldest deities in the Egyptian pantheon. It was already famed in its own time for full-coverage hieroglyphic inscriptions, including the last known one ever recorded, commissioned by Roman Emperor Decius in 250 A.D.