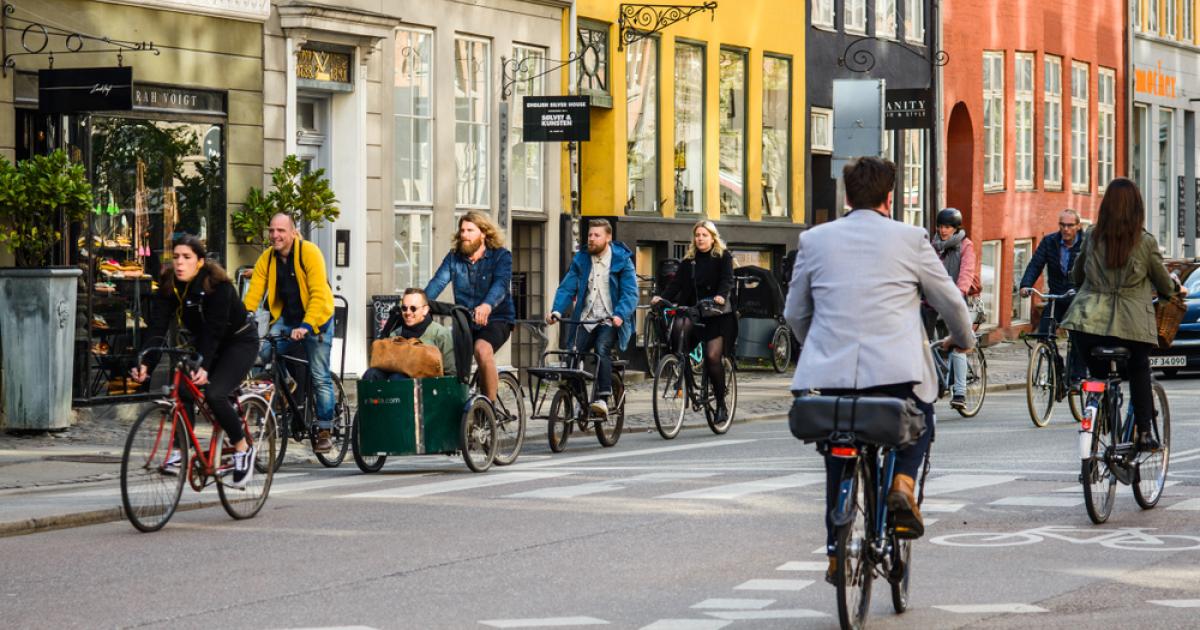 This article was originally published on World Resources Institute.

Without getting cities right, we cannot solve the climate crisis. Contributing to 75 percent of energy-related greenhouse gas emissions, they have a central role it is impossible to overstate. Cities’ choices influence and can drive change in every system that needs to be decarbonized and made resilient, from transport to food to energy. As the 2018 report from the Intergovernmental Panel on Climate Change noted, cities — with their concentration of people, economic activity and infrastructure — are among the most powerful levers we have to drive decarbonization and build resilience fast enough to meet the Paris goals.

The Coalition for Urban Transitions has identified climate action in cities as an opportunity that could net $24 trillion in benefits by 2050, while reducing urban emissions by 90 percent. And cities are acutely vulnerable to climate impacts: 800 million people living in cities are vulnerable to sea level rise of half a meter by 2050, and cities will face the brunt of extreme heat due to heat island effects.

Unfortunately, the national support needed by cities to adapt and seize this opportunity remains largely missing. National delegations naturally take center stage at COPs, and this remained the case at the COP26 climate summit in Glasgow. The Paris Agreement goals will never be met unless and until the crucial contributions of cities are fully recognized, reflected in climate action plans (or Nationally Determined Contributions, NDCs) and enabled and supported by national governments.

As was once again made clear at COP26, cities are ready to step up and lead: More than 1,000 cities are signed up for the Cities Race to Zero pledge and there were important commitments to reverse forest loss and curb methane emissions. But the resources cities need to deliver on their ambitions remain slim.

Now that the dust has settled from Glasgow, what does COP26 mean for cities? As we reflect on the outcomes, five priorities stand out for cities and national governments to focus on:

1. Bridge the gap between city action and NDCs

A more concerted effort is therefore essential to make the case that city action contributes to and enhances national climate targets. This requires further research and analysis, specifically to quantify and demonstrate the added contribution of city-led climate action to meeting national climate targets. Furthermore, data collected by cities (increasingly disclosed through the unified CDP-ICLEI reporting system) needs to be more consistently fed back up to national authorities.

The DK2020 project (Danish) in Denmark, although not a government-led effort, could show a different way forward, as a climate action plan that starts with 95 cities each using a common planning framework developed by C40 and building up to what’s needed for the 1.5 degrees Celsius goal.

The Coalition for Urban Transitions’ “Seizing the Urban Opportunity” report hones in on six emerging economies (together responsible for 41 percent of greenhouse gas emissions) and provides clear guidance and data aimed at national authorities on why and how to bring cities into the fold. Solving this disconnect is crucial to achieving a green and just transition.

The 1,000-plus cities that have signed up for Cities Race to Zero have committed to reach net-zero by 2050 at the latest. This is an incredible achievement.

Another initiative, the Cities Race to Resilience, was launched in July to address adaptation in a similar fashion, but so far it’s unfortunately gotten less traction and only a few dozen cities have signed up. The metrics for adaptation are not clear and unified, yet extreme weather events keep taking their toll, with the highest exposure in cities.

Cities cannot afford to address mitigation and adaptation as two independent workstreams and should instead focus their efforts on integrated climate action that also incorporates public health, equity and other sustainable development objectives.

Climate action cannot be seen as just another entry in a list, but as the one helping to prioritize comprehensive action across departments and sectors. Emphasizing co-benefits is key to get the broad support needed within bureaucracies and from constituencies. But to maximize the health, social and economic benefits of emission reductions, cities must also be prepared to deliver coherent policies and measures that manage the potential trade-offs.

Integrated climate action can deliver cleaner air, greener and safer cities, more equitable mobility and new jobs. Retrofitting buildings, for example, is an impactful climate action in terms of the cost of emissions reductions as well as creating jobs, and it is essential to meeting any net-zero goal. Every $1 invested in retrofits can produce as much as $2 in benefits.

COP26 was the turn in the spotlight for electric vehicles, with countries, the private sector and global institutions such as the Global Environment Facility stepping up support and commitments around zero-emission vehicles. Ambitious scale up of electric vehicles is necessary, but we also know that electric vehicles alone cannot solve the climate crisis. It will take a lot more than engines to fix our issues — including much more investment in active mobility and public transport, smarter land use and reducing investments in unnecessary vehicle infrastructure.

For the sake of our climate and the functioning of our cities, we need a broader view of sustainable mobility at future climate summits.

Active mobility and public transport in particular require serious attention to make sure cities stay accessible for all and to improve road safety and livability. The Transport Decarbonization Initiative paper on financing active mobility and WRI’s safe bike lanes guide are examples of how to bridge the gap to implementation and move from the what to the how. This more robust approach to sustainable mobility can also support green recovery efforts the world over.

4. Use nature-based solutions to manage water and build resilience

This was the self-proclaimed “nature COP,” with ambitious pledges to halt and reverse deforestation and water at long last gaining a “seat at the table.”

Urbanization and water scarcity and variability are converging in sharp ways. WRI’s Urban Water Resilience in Africa initiative launched the Addis Ababa Water Resilience Action Plan to bring a diverse field of urban stakeholders in the region together to think more holistically about water and identify visions and actions for implementation. With many African countries seeing the demand for water triple, water is affecting the way we plan and manage cities and exacerbating deep deficiencies in access to basic services. Bringing water supply, water management and water adaptation measures in sync, cities have an opportunity to capture supplies during peaks, manage droughts during downturns, and think through decentralized systems to provide cheaper and safer water to informal and disenfranchised communities.

1 in 3 urban dwellers globally lack access to one or more key services, such as reliable electricity or safe water and sanitation.

5. Put equity and inclusion at the center of city action

One in three urban dwellers globally lack access to one or more key services, such as reliable electricity or safe water and sanitation. Nine of 10 people are breathing polluted air, with a disproportionate share of the burden of disease and mortality falling on poorer and more vulnerable populations. Reducing urban inequality is key to all climate and sustainable development objectives — and to the success of failure of cities this century. Without equity, we can have no development; without equity, no resilience; without equity, no zero-carbon.

Although still insufficient, we are seeing some greater understanding of this relationship. “World Resources Report: Towards a More Equal City” provides clear pathways for cities to break the status quo, and in Glasgow we heard from key mayors, ministers and other urban leaders on the complexity and the imperative of moving from rhetoric to action. “Healthy NDC scorecards” were also introduced, which grade the impact of climate commitments on public health and may help bring cross-cutting issues such as air pollution to the fore.

In many places, COVID-19 recovery packages are an opportunity for cities to help shift the narrative on both equity and climate — and making meaningful changes.

With the focus of many governments on infrastructure investments and a newfound appreciation of more diverse, accessible and low-carbon urban mobility, there’s an opportunity to transform cities on a scale that might have seemed impossible just a few years ago. In this way, cities are at the forefront of the effort to build a more equitable world as well. They have an opportunity to galvanize support in the year ahead for a forward-looking agenda that shapes more inclusive cities that work better for everyone on multiple levels.