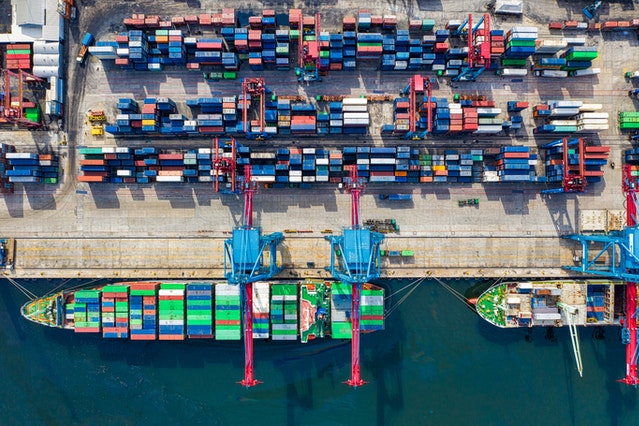 In total, the maritime industry’s carbon emissions only make up 3% of the total emissions worldwide. It’s not much compared to other big industries but a study has found this figure may rise to as much as 17% by 2050 if the industry doesn’t become more sustainable. The International Maritime Organization (IMO) is eager to prevent this from happening and has set a goal to reduce emissions by 50% by 2050.

Aside from the maritime industry’s collective effort to reduce carbon emissions, the acceleration of the digital shift resulting from the pandemic has also propelled the use of automation technologies in the industry. More and more sectors of the industry are integrating automation in their operations to increase efficiency, which, by extension, improves sustainability.

Port cargo handling is expected to see more automation, further decreasing the required manpower, improving operational efficiency, and optimizing performance. Determining sustainable shipping routes has become easier, and is expected to become more reliable, through the use of tools such as automated voyage planning and weather routing.

On a larger scale, there may be more success in the use of semi- or fully automated ships in smaller voyages. This is in conjunction with the industry’s shift towards battery-powered vessels such as the Yara Birkeland and China’s Zhongtiandianyun 001.

The Yara Birkeland, in particular, has encapsulated the potential of crewless electric ships in helping the maritime industry achieve its sustainability goals after it completed its first maiden voyage last February 2022. The 80-meter-long ship’s success should spur a rise in the presence of fully electric and fully automated ships in commercial use.

Increased use of cleaner fuel

Despite being the most efficient form of transportation, ships are known for using extremely dirty fuel. There are a handful of potential alternatives, such as ammonia, methane, and methanol, but current technology is still incapable of making them viable for larger-scale use. The industry’s efforts in the meantime will be focused on minimizing toxic emissions by finding the cleanest alternative possible — particularly low-sulfur fuels.

As early as 2020, the IMO has mandated that ships minimize sulfur emissions by 0.5%. However, efforts to reduce sulfur emissions won’t amount to much as further decreasing it is too expensive. Among the alternatives being considered is liquefied natural gas (LNG), which is still a fossil fuel, despite being considered the cleanest. The use of scrubbers, a system that removes harmful elements from the exhaust, may also start to become more widespread.

The industry is expected to keep on capitalizing on what it can viably do to reduce harmful emissions unless a major breakthrough in clean fuel alternatives takes place this year.

More efforts toward a circular economy

A major challenge in making cleaner fuel options viable for the maritime industry is the incapability of current technology to accommodate their use. Most ships being used today are designed to use dirty fuel, necessitating the need for an overhaul. This is another challenge in itself, but it also presents an opportunity to shift toward a circular economy.

The industry isn’t a stranger to the concept of a circular economy. It has been trying to create one for years, but there has never been a better time to double down on efforts than the present.

With ships needing to be redesigned, it’s the perfect time to consider modular designs or standardized parts to make refurbishment, repair, upgrade, and recovery of resources easier and more efficient.

The Environmental Protection Agency has found that ship emissions can be cut down significantly by letting ships draw power from a port’s electric grid. Unlike using self-generated power, shore-to-ship power allows ships to reduce emissions by as much as 98%.

With the entire industry working towards the goal of 50% less emissions by 2050, we could see plenty of ports being overhauled to allow ships to connect to the power grid.

The maritime industry is a male-dominated field, with women making up only 2% of seafarers worldwide. Seeing as the industry has committed to halving its emissions by 2050, embracing gender diversity might be one of the less obvious things it needs to do to succeed.

By accepting more women, an open-minded culture may begin to flourish, giving way to valuable ideas the industry might be able to use. This also means recruitment will start giving more emphasis on qualification instead of gender, which will certainly help it achieve more.

The maritime industry is a gargantuan industry that serves as the backbone of global trade. It’s accountable for 90% of all trade, so it’s imperative that it doesn’t lag behind in sustainability efforts. It’s an essential industry and the world will struggle to achieve its sustainability goals without the industry’s participation.

Sustainability trends in the maritime industry center on the development of new technologies or the maturity of existing ones. What has been achieved so far and what the industry is currently working on all point to it being on the right track, assuming it stays consistent with its efforts. Still, the industry will need the help of adjacent industries, especially the shipping industry, by fully embracing sustainable practices such as the use of sustainable packaging solutions.

The post 5 Maritime Sustainability Trends for 2022 appeared first on The Environmental Blog.