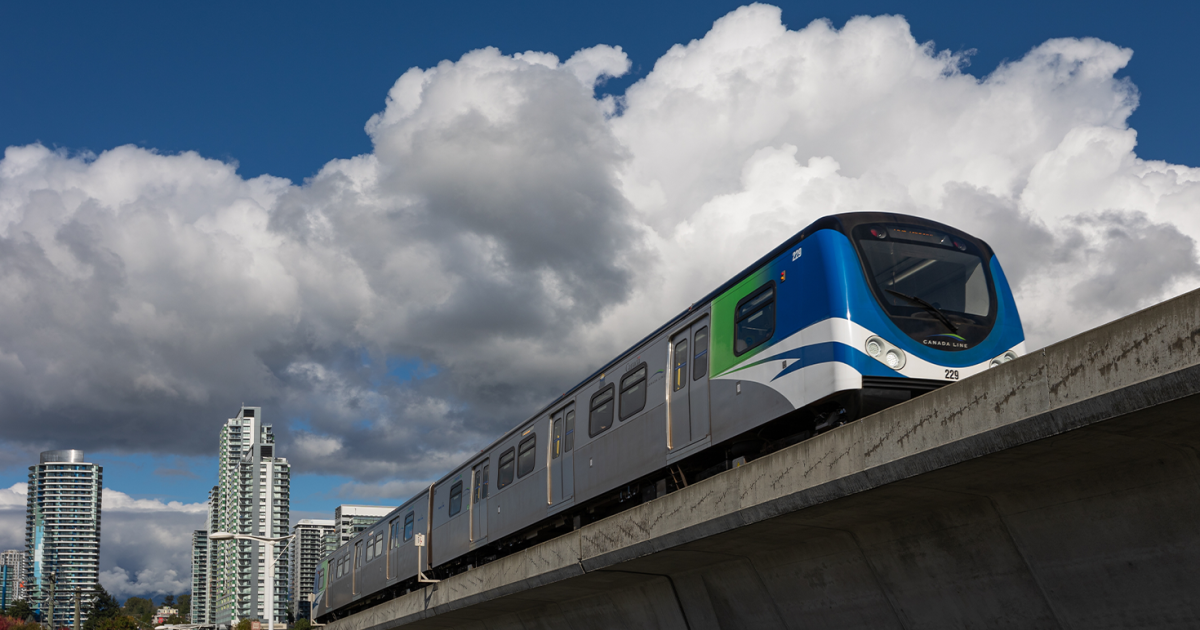 This article originally appeared in WRI Insights. Read it here.

There’s never been a better time to reduce reliance on fossil fuels.

Oil and gas prices are skyrocketing as a result of Russia’s invasion of Ukraine, with gas prices exceeding $4 a gallon in the United States in March and more than $10 a gallon in other countries. Meanwhile, the world is already experiencing the deadly effects of climate change in the form of heatwaves, droughts and wildfires — impacts that will only intensify as emissions and temperatures rise.

As the largest consumer of oil worldwide and one of the main CO2 emitters, reimagining the transport sector is key to cutting ties with fossil fuels.

Reducing oil and gas use in transportation

Indeed, a growing body of research shows that cutting fossil fuel use by investing in cleaner modes of transport — including public transportation, cycling and walking — is essential for creating safe and sustainable cities.

The International Energy Agency (IEA) recently put forward a 10-point plan for how governments can reduce oil reliance in transport, which includes incentivizing public transport use and improving the experience of walking and cycling. According to the TUMI Transport Outlook, public transport capacity needs to double and 50 percent of trips should be made by walking or cycling by 2030 to limit global temperature rise to 1.5 degrees Celsius, the target scientists say is necessary for preventing the worst effects of climate change.

The 2022 IPCC mitigation report found that cities can reduce their transport-related fuel consumption by about a quarter through combinations of more compact land use and car-free infrastructure, such as pedestrian lanes and bike pathways. And other research shows that investing in public transport and walking and cycling infrastructure yields myriad benefits for the climate, economy and human health.

​Avoiding the worst effects of climate change will require reducing motorization rates, but doing so could also save millions of lives.

Yet despite the very clear benefits of public transport, walking and cycling, they remain grossly underfunded compared to infrastructure for cars. Here are five ways to boost public transport and active mobility to reduce oil reliance and create a more sustainable future:

The world is on pace to go from 1.3 billion cars today to 2.2 billion by 2050. Even with rising numbers of electric vehicles, reducing the rate of motorization remains one of the main ways to reduce transportation-related oil use and carbon emissions. It is also the most challenging to address, as it requires individual behavior changes and a break in the decades-old motorization dependence and prioritization by individuals, businesses and governments.

Today’s high gas prices can actually help with this behavior change due to the income elasticity of demand. An example from California shows that for every 50-cent increase in the price per gallon of gasoline, the amount of weekday traffic on freeways next to commuter rail systems declined by 0.7 percent. Meanwhile, the increase in passengers per day on nearby commuter rail was about equal to the decline in the number of vehicles on freeways.

In California, for every 50-cent increase in the price per gallon of gasoline, the amount of weekday traffic on freeways next to commuter rail systems declined by 0.7%.

In lower-income countries where motorization rates are already low, now is a critical moment to make sustainable modes of transit safer, more efficient and more appealing. In cities such as Addis Ababa and Bogotá (Spanish), 80-90 percent of all trips are made via mass transportation, walking or cycling. Car ownership, however, is expected to increase as these countries’ economies grow, and much transportation investment still goes to motor-vehicle infrastructure such as roads, highways, bridges and tunnels.

But there’s a way to break with past patterns: When operators improve the quality of mass transportation; provide affordable, safe and comfortable service; and build safe, inclusive and effective walking and cycling infrastructure, they can achieve the behavioral change needed by giving users viable alternatives to cars. For example, beginning in the 1970s, Curitiba, Brazil, implemented a number of land use and transportation strategies, such as installing a bus rapid transit corridor and pedestrianizing the city center. As a result, more than 70 percent of all travel in the city happens via public transit, walking and cycling.

2. Encourage innovation to improve the quality of mass transport

Mass transport has the potential to significantly reduce oil use and emissions from the transport sector while providing wider and more equal access to jobs, education and services. However, riders are only likely to shift from cars to public transport when services are affordable, high-quality and reliable. High fares and infrequent or uncomfortable service can push many riders towards cars and leave others struggling to access transportation at all.

Yet public transport has been a victim of disinvestment and unsupportive policies for years. For example, according to the National Association of Urban Transport Companies, ridership on Brazil’s public bus systems decreased (Portuguese) by more than 26 percent between 2013 and 2019, in part because of policies promoting car and motorcycle purchases, such as subsidies and tax breaks on fuel costs and import fees. Today, challenges are multiplying in the wake of COVID-19 lockdowns, with ridership plummeting to 20 percent of pre-pandemic levels in many places.

Providing more space in cities for public transport, increasing finance, and investing in new, cleaner, more comfortable infrastructure can make a huge difference in attracting new riders and regaining old ones. In the late 1990s, for example, Bogotá’s public bus system suffered from low operating speeds and high crash and pollution rates. Starting with the establishment of the public transit agency TransMilenio in 1999, the city upgraded the lagging system by serving wider sections of the city, introducing an automated fare system, and adding routes and 1,500 new buses.

TransMilenio is on track to operate the largest fleet of electric buses outside of China.

The overhaul increased ridership to up to 1.5 million passenger trips daily; reduced road traffic injuries and deaths in areas where the system operates by 75 percent and 92 percent, respectively; and decreased citywide air pollutants by 40 percent.

Electrification of the sector promises even larger reductions in pollution and potential cost savings via lower fuel expenses. TransMilenio is on track to operate the largest fleet of electric buses outside of China. When completed, the system is expected to include 406 buses and transport 36 million passengers yearly.

Experience shows that extensive public transport systems can rarely be paid for by ticket fares alone. Systems need more robust and sustainable funding from the public sector and capital investments — funding that helps mass transport systems not only survive, but thrive.

Diversifying funding sources can provide steadier revenue that is resilient in the face of crises. The public sector’s financial resources for TransMilenio came from a fuel tax (46 percent), local revenues (28 percent), a credit from the World Bank (6 percent) and grants from the national government (20 percent). Half of the 25 percent gasoline tax levied in Bogotá is used for the continued expansion of the system. In Vienna, Austria, which is also expanding its public transport system, user fares cover only about 55 percent of operating costs, while indirect payments from the national government, a public transport tax on large employers, and fees from on-street parking and city-owned parking garages cover the rest.

Mass transportation is key to making cities work, but walking and cycling are in fact the greenest modes of transport. They are also the easiest and least costly investments in the transport sector.

Walking and cycling are the low-hanging fruit in shifting away from oil reliance. Creating safe infrastructure for active mobility — such as permanent, well-designed bike lanes — can protect users and attract new ones, including a broader cross-section of society.

Before and after dedicated bike lane, on Cordoba Street, Buenos Aires, Argentina.

Cities should focus on lowering speed limits for cars and introducing physical separations between walkers/cyclists and motorists, especially where speed limits are above 19 mph. These separations can be integrated into the road — such as planters, on-street parking or concrete barriers, shown in the photo above — or by placing bike infrastructure on a different level from the road.

Bike and pedestrian infrastructure should also connect key locations and transit stations, especially in lower-income areas. For example, Zapopan, Mexico proposed three bicycle lanes to connect Zapopan with Guadalajara, the center of the metropolitan area. The 9 miles of new, dedicated bike lanes aimed to provide affordable and safe options for commuters. The first of these lanes was completed in July 2020; initial data shows a 26 percent increase in cycling commutes via this route.

Many cities can build on progress made during the COVID-19 pandemic. Cycling increased by 200 percent in the U.K. during lockdowns in 2020, while 500,000 electric bicycles were sold in the U.S. the same year, more than any other electric vehicle. Hundreds of cities have pedestrianized their streets, reduced speed limits for vehicles and added pop-up bike lanes. For example, Paris lowered its driving speed limits to 19 mph and added 31 miles of pop-up bike lanes, which boosted the number of cyclists. The city plans to install 112 miles more of permanent bike lanes by 2026.

For example, in Peru, the government passed an emergency decree to approve $5.5 million for the construction of pop-up bike lanes. As a result, 25 mid- and small-sized cities were selected to build about 249 miles of cycle lanes. The funding led to critical changes on the road in places where cycle lanes and cycling culture simply did not exist prior to the investment.

The energy implications of the Russia-Ukraine war illustrate the many costs of oil reliance. Limiting global temperature rise to 1.5 degrees C is impossible without transformative change in transportation, especially urban transportation. Investing in mass transport, walking and cycling should be on the agenda of every government — not only because they are the cleanest, most affordable and most inclusive modes of transport, but because they bring added benefits such as reduced traffic congestion and noise, cleaner air, healthier and more active citizens, and much more.

Active mobility and mass transport can enhance quality-of-life by helping turn cities into more livable, more equitable places. All governments and other transportation stakeholders should set two very achievable goals: Increase mass transportation ridership and ensure 50 percent of all trips are made by walking or cycling by 2030.