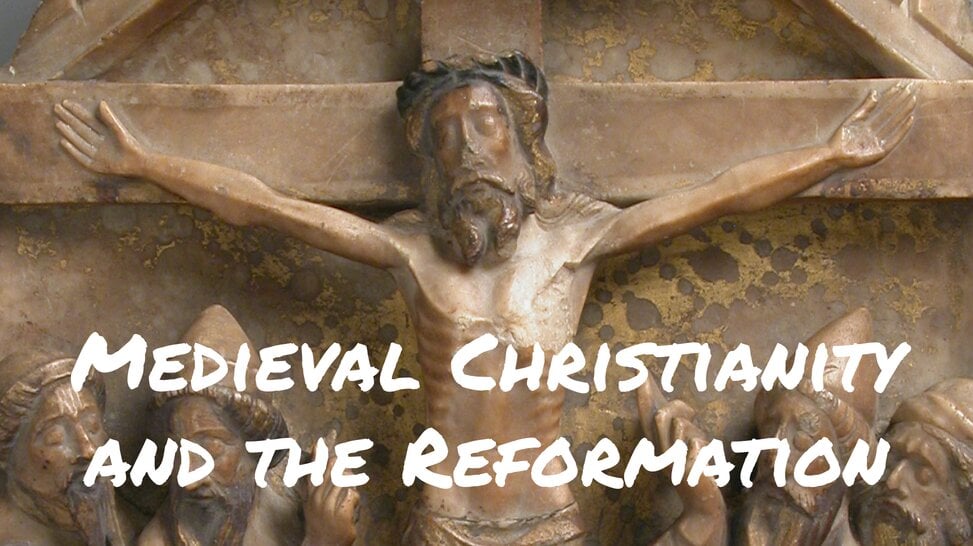 Henry VIII’s choice to split the church of England from Rome during the sixteenth-century Reformation is often seen as a monumental shift in English history and religion. While the shift was monumental in many ways, some of the reforms Henry VIII made were actually anticipated in medieval Christianity.

The Reformation is one of the most famous events in European history. It started when Martin Luther (whether actually or metaphorically) nailed his ninety-five theses to the door of a church in Wittenberg. It spread across Europe in various forms and eventually resulted in the creation of several different branches of Protestantism.

As its name suggests, the Reformation was all about reform. Luther and other reformers across Europe objected to various practices prevalent in medieval Christianity. Attitudes and objections differed in different countries and communities and changed over time, but broadly, the reformers objected to the corruption of the church, the inaccessibility of religious materials and practices, certain church ceremonies, certain theological beliefs, and the power and wealth of the institution. Please keep in mind that this list is necessarily broad and reductive: the reasons behind the Reformation are too complex and various to get into in this short feature.

I am going to focus on just two main objections: the inaccessibility of Christianity and the political power of the church.

Reformers thought medieval Christianity was inaccessible for a few reasons. One of the main ones was its language. In the Middle Ages, the language of Christianity was Latin. The Bible and all church services consequently took place in Latin. The vast majority of people alive at the time, however, could not read or understand Latin, so they could not read the Bible or understand what was happening in church services. This language barrier made religious practices and scripture inaccessible.

The other thing the reformers objected to was the power and wealth of the church and its officials. As Nigel Saul outlines in his Illustrated History of Medieval England, the Pope held a great deal of power throughout Europe in the Middle Ages. He could intervene in affairs of state, collect taxes, appoint high-ranking officials, instigate crusades, and summon councils. One of the reasons that Henry VIII split from Rome was so that he could attain the wealth and power held by the church (and also because the pope wouldn’t let him divorce his first wife).

The Reformation changed all these things. In England, the Bible and religious services became available in English, and the pope was no longer the head of the church. It was a huge shift.

And yet, the changes instituted in the Reformation also had all kinds of precedence in Medieval Christianity.

In the first place, there were already plenty of religious texts available in English throughout the Middle Ages.

The first English translation of the Bible was actually produced in the fourteenth century by a group of religious reformers known as the Lollards. The Lollards were followers of John Wycliff who was himself a religious reformer who lived in England in the late fourteenth century. The Lollards insisted on the authority of the scripture above all and thus on the importance of being able to read the Bible. So, they produced various translations of the Bible in English which circulated in the Middle Ages.

Now, the translations produced by the Lollards were illicit because translating the Bible at this time was not permitted by the church. So, this movement was seen as heretical, and its followers and the translators of the Bible were persecuted.

However, religious writers in the Middle Ages found all kinds of other ways to convey religious ideas and stories in English. They told biblical stories, for example, not through direct translations but through narrative reimaginings that presented stories from the Bible in English in slightly different ways.

The verse Life of Adam and Eve, for example, which survives in a few different popular manuscripts tells the story of Adam and Eve. It opens by telling of the fall of Lucifer, before moving on to recount the story of Adam and Eve, and how “an adder” gave Eve “an apple / the fairest of all that he found.” It tells of how Eve gave that apple to Adam and told him to eat it so that he would “also be wise” and how they were cast out of paradise as a result. The full text, which is available here, recounts the full story of their fall from the Bible, and then goes on to add some interesting apocrypha about their life after. It is not a direct translation of the moment in the Bible, but it recounts the same story.

Another text from a bit later tells the story of Jesus from his own perspective. The Carta Jesu, which can be found in a number of popular fifteenth-century manuscripts, tells the life of Jesus in the first person. The narrator, who is Jesus, tells of how “the virgin Mary maiden mild / was great with me with child,” and how after “thirty winters and three” I “made a supper upon a Thursday” and was betrayed. He goes on to tell of the passion from his own perspective, of the crucifixion, and all that came after. It’s the story of Christ from the Bible, but again retold in a different way.

These are just two examples where medieval writers took stories from the Bible and diverse aspects of theology and rewrote them in their own way: there are many, many others. Religious texts make up the vast majority of medieval literature. So, while it is true that people in the Middle Ages weren’t allowed to directly translate the Bible, Christian stories and doctrine were readily available in English to any who might be interested.

The monarchy also actually held quite a bit of power in church affairs prior to the Reformation. While the pope was the powerful head of the church, the monarchy in England put in various unofficial practices that ensured that they also retained a great deal of power.

One of the pope’s most important powers was the provision of benefices, which meant he could give ecclesiastical appointments with a valuable income to whomever he liked. So, the pope could appoint individuals whom he favoured to high-ranking and valuable positions in England where they held great power and could potentially challenge the monarchy (like Thomas Beckett did).

Aristocrats in medieval England, however, objected to this nearly as much as Henry VIII did during the Reformation. As Nigel Saul outlines, there were various petitions and challenges to the practice. In 1307 there was a petition circulated in the Carlisle parliament objecting to provisions and the practice of sending English money abroad. Two years later a letter of protest was sent to the pope. In 1343 the commons and the temporal lords protested the practice of appointing foreigners to high-ranking positions within the church. These protests were raised again in 1344, 1346 and 1347. Edward III used these numerous protests to pass the Statue of Provisors, which allowed him to intervene in church appointments if there seemed likely to be an issue.

The pope did not agree to this statute, but it did force him to compromise with the king. The pope and the king agreed that the pope would continue to provide benefices, but that he would provide them to whomever the king nominated. So, Edward III essentially gained the ability to appoint high-ranking ecclesiastical officials instead of whomever the church wanted. That meant that in a few short years, he established a church administration that was filled with political figures who were largely in favour of him. The king’s power in the church became so great that by the end of his reign, many clergy looked to the king rather than the pope for leadership, and the king could do things like issue mandates to clergy insisting that they offer prayers for the success of the English army in France.

So, when Henry VIII split from Rome, he was really just following what was already established in the Middle Ages. The king already held a great deal of power in Church affairs.

The Reformation (along with the advent of the printing press) is generally understood as being the main event that led to the end of the Middle Ages and catapulted English society into the Early Modern period. The precedence of some of the key components of reform in the Middle Ages, however, shows that the so-called Renaissance was not totally a “rebirth”; instead, it was a recreating, rebranding, and reshuffling of long-established practices.

Top Image: A 15th-century stone carving of Jesus on the cross, made in England. Image courtesy The Metropolitan Museum of Art