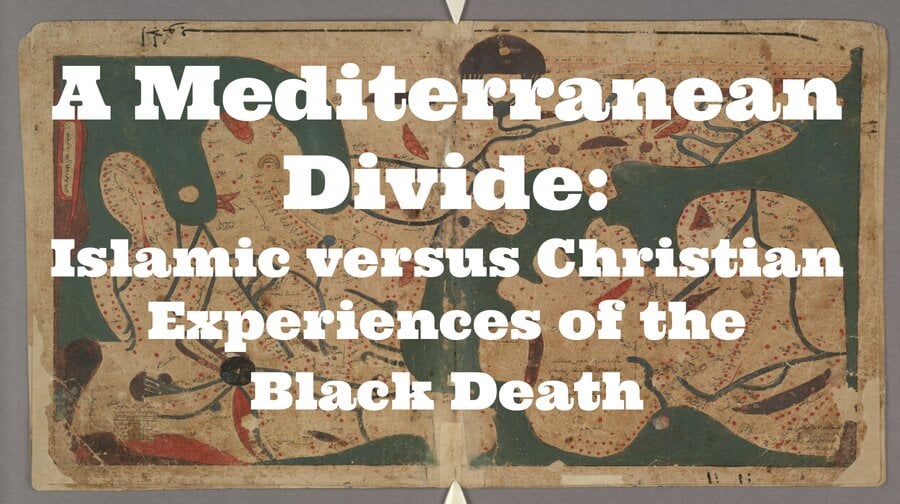 A Mediterranean Divide: Islamic versus Christian Experiences of the Black Death

Given online by the Marco Institute for Medieval and Renaissance Studies, University of Tennessee, Knoxville, on September 22, 2022

Abstract: When plague started to move across the Black Sea and into the Mediterranean sometime in the summer of 1347, it was moving into an environment that had been defined for thousands of years by its shared physical environment. Some of the most famous books in History in the past century assume the common ecology and shared cultural traditions of the societies surrounding the Mediterranean. Virtually unceasing trade across the “middle sea” continued between its northern and southern shores throughout the Middle Ages. It is hardly surprising, therefore, to find that plague struck all sides of the Mediterranean—east and west, north and south—with equal ferocity in 1347 and 1348.

How the disease was received in different areas, however, differed dramatically. This talk will present evidence from an epidemiological history of the Black Death as a pan-Afroeurasian pandemic. Although palaeogenetic evidence has not yet been retrieved from the southern shore of the Mediterranean, there is no reason to doubt that the same disease struck Christian and Islamic polities equally and at the same time. Why, then, do we see such different responses under different regimes? I argue that it was not simply “religion” that determined those differences, but differing cultural memories of the disease. The Islamicate world maintained a living memory of the late antique experience of plague in its moral system, while its medical system maintained a category for plague as it developed in the Abbasid period. Thus, even though early responses to plague in the Maghreb and the Mashriq were independent of one another, they had structural parallels. In Christian Europe, in contrast, plague had been forgotten and so struck as a “new” disease, provoking trauma both physical and cognitive.

Monica H. Green is a distinguished medieval historian and historian of science and medicine. She has previously held positions at Princeton, UNC Chapel Hill, Duke, and Arizona State, and most recently joined the Department of History at Stanford as the Suppes Visiting Professor. Her recent work focuses on the history of the Black Death. Learn more about Monica’s research on her Academia.edu page or follow her on Twitter @monicaMedHist

See also her interview on The Medieval Podcast: The Trotula with Monica Green