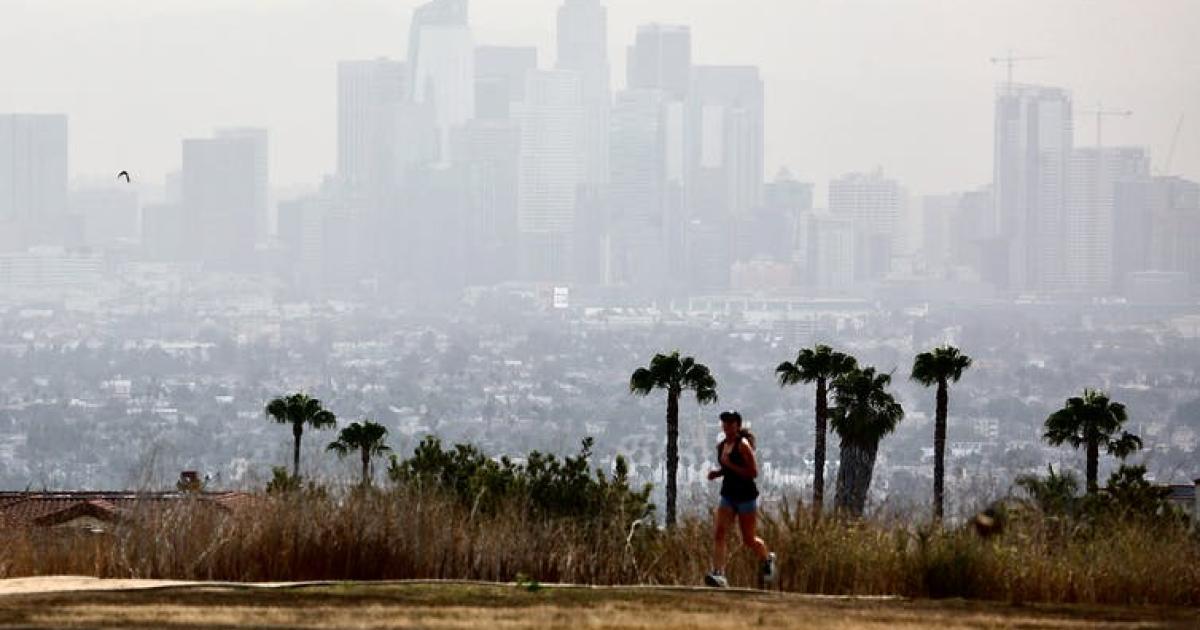 From record-breaking heat waves to massive wildfires, floods and long-running drought, the impacts of climate change across the U.S. have been impossible to ignore in 2021. While conditions vary from one region to another, it is clear that no part of the nation will be unaffected.

I work in Southern California, a region long famous for its temperate climate. For the past two years, my colleagues and I at the USC Dornsife Center for Economic and Social Research have been surveying a representative internet panel of 1,800 Los Angeles County residents to better understand how social and environmental factors such as climate change affect people’s well-being.

For areas of the U.S. that have yet to feel the full force of rising temperatures, the results of our latest USC Dornsife-Union Bank LABarometer survey show what kinds of challenges they can expect. In Los Angeles the climate crisis is already reducing the quality of residents’ lives. And our findings clearly show that its impacts are falling disproportionately on residents who are young, poor, Black and Hispanic.

The COVID-19 pandemic wasn’t the only threat to public health in 2021. Wildfires burned more than 6.8 million acres across the U.S. after consuming 10.1 million acres in 2020. And our data shows that many L.A. residents stay home when wildfires threaten air quality in their neighborhoods.

According to our survey, 50 percent of Angelenos avoided going outdoors at some point between July 2020 and July 2021 because of air quality concerns from a nearby wildfire, up from 30 percent in the previous year. We expect this number will continue to grow as wildfires increase in frequency and size. A recent climate vulnerability assessment predicts that by 2050 there could be a 40 percent increase in area burned by wildfires in Los Angeles.

Large-scale wildfires have become annual events in California in an ever-expanding fire season. Los Angeles residents have received warnings about the health risks of wildfire smoke, which can cause lung damage and worsen cardiovascular problems such as heart disease and stroke with heavy or long-term exposure. These health risks may explain why Angelenos are increasingly curtailing outdoor activities when wildfires are burning.

Exposed to heat at home and work

Southern California is no stranger to heat, but the frequency, intensity and length of its heat waves have increased substantially since the 1950s, especially in urban areas such as Los Angeles County. Los Angeles experienced multiple heat waves in the summer and fall of 2021, with triple-digit temperatures in many zones.

By 2050, Los Angeles expects up to a tenfold increase in the frequency of extreme heat waves. This equates to over five heat waves per year compared with the historic average of less than one per year.

50% of Angelenos avoided going outdoors at some point between July 2020 and July 2021 because of air quality concerns.

This forecast poses troubling implications for health equity in the region. According to our data, vulnerability to heat is unequally distributed across the population. Black residents are significantly more likely than white residents to be exposed to heat at home and at work.

At work, about 27 percent of Black residents report working outdoors without cover — for example, from a tent or booth — compared with 18 percent of Hispanic residents, 15 percent of white residents and 10 percent of Asian residents. Prolonged heat exposure, especially without the opportunity to cool off overnight, is a serious health risk.

Our survey also reveals that climate change is affecting Angelenos’ financial and mental health. According to self-reported data, nearly 10 percent of residents saw an increase in their utility expenses, 4.4 percent lost income and 3.1 percent suffered health problems because of a natural disaster such as wildfire, flooding or extreme heat in the past year.

Living in Los Angeles has never been risk-free: Earthquakes are a well-known hazard here and elsewhere in California. But climate change is magnifying other threats, such as wildfires, droughts and heat waves. All of these events can damage property, threaten residents’ health and safety and force some people from their homes.

These mental health impacts were most pronounced among young and low-income residents. Angelenos with a household income below $30,000 per year were almost twice as likely as those with higher incomes to report psychological distress due to a natural disaster. Likewise, compared with Angelenos ages 60 and older, more than twice as many Angelenos under age 40 reported experiences of psychological distress due to a natural disaster.

The climate crisis is a social and economic crisis

As cities and counties around the country brace for more extreme climate conditions, our findings in Los Angeles show that extreme weather can have serious social and economic impacts. In the span of just the past year, climate change has left millions of Americans isolated and financially or psychologically distressed.

Adapting to these risks isn’t just a matter of weatherizing homes and educating the public about climate hazards. Local governments also need to prepare for inevitable strains on social and health care systems as climate conditions make it increasingly difficult for people to meet their most basic needs.