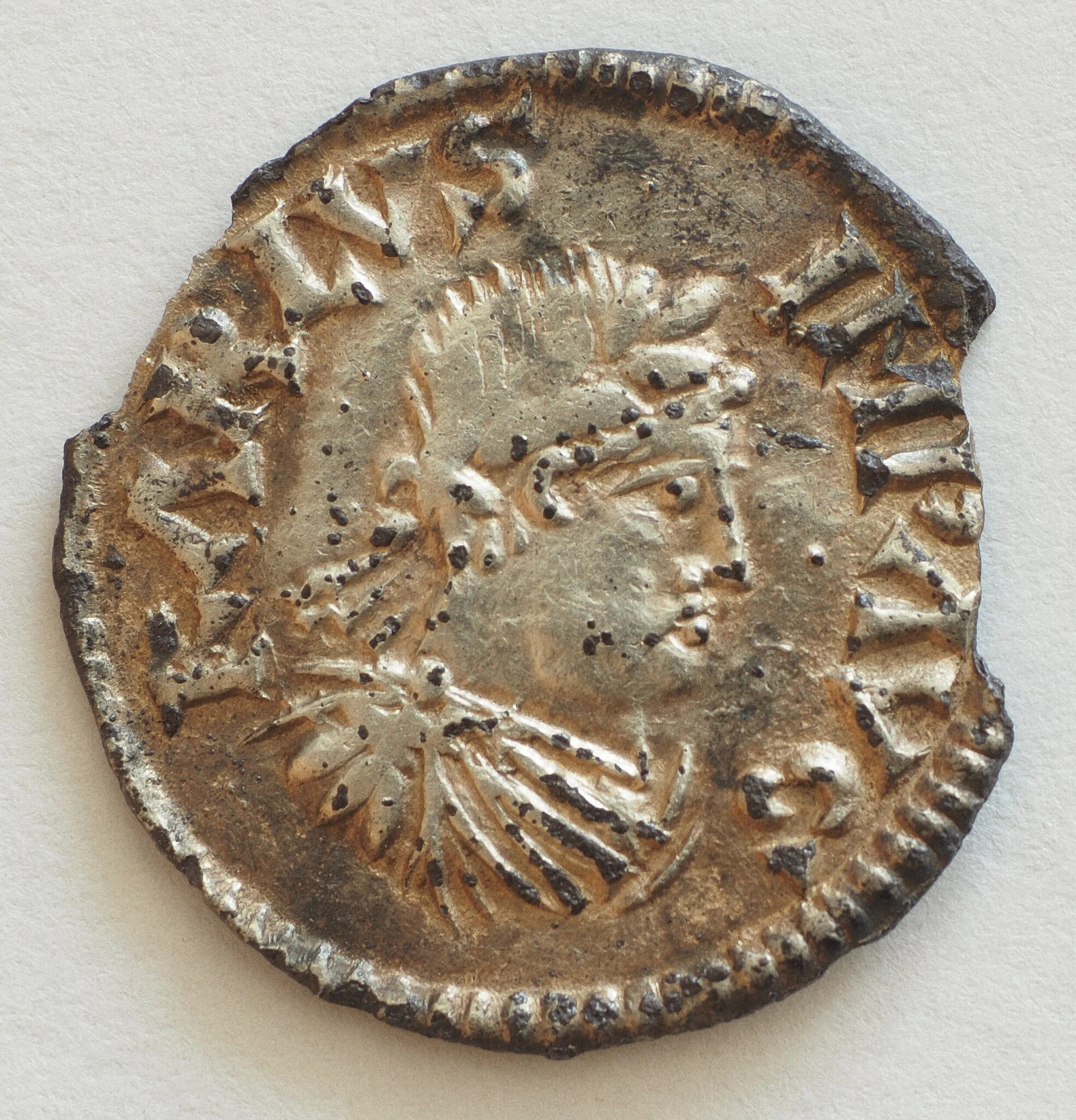 A rare silver denarius bearing the only known contemporary portrait of Charlemagne that was bought on eBay for a song is now on display in the Centre Charlemagne museum in Aachen. Less than three-quarters of an inch in diameter and weighing 1.51 grams, the little penny is exhibited under a magnifying glass so visitors can inspect the laureate profile of the Emperor wearing the equestrian cape. There are only 50 known examples of this coin.

It was unpublished and unrecognized in a private collection in Normandy for years and emerged on eBay when the collector’s grandson dragged grandpa’s coin collection out of the attic and sold it. An Aachen native with a sharp numismatic eye spotted the coin on eBay and alerted the Centre Charlemagne that they might want to bid. They did and they won, spending a four-figure sum (in euros) for a piece that would have sold for as much as 160,000 euros on the coin market. 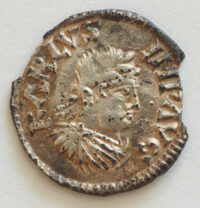 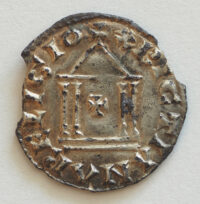 Charlemagne’s father Pepin the Short had established a new monetary system early in his reign around 755 A.D., restoring the silver content in the penny that was a descendant of the Roman denarius. Under Pepin’s monetary reform, all coins were marked with the name or title of the king as they were issued by his authority and with him as guarantor of coin quality.

Charlemagne succeeded his father King of the Franks in 768 and continued his monetary policies, expanding the silver-based standard of one pound = 240 deniers (ie, denarii, ie pennies) throughout his expanding territories, even via alliance to Mercia in Britain. When Charlemagne was crowned the first Holy Roman Emperor by Pope Leo III on Christmas Day 800, his new status was reflected in his coinage.

Even though Frankish monarchs had traditionally rejected association with the ancient empire, Charlemagne selectively embraced imperial iconography and nomenclature. When he began to issue the first coins bearing his portrait in 804, he turned to the coinage of Constantine as model, hence the laureate profile on the obverse which is inscribed KAROLUS IMP[erator] AUG[gustus].

On the reverse of the new portrait coin was a structure numismatic scholars call a “temple” for its porch, column and pediment design. This one has crosses, though, one of the pinnacle and one floating in the center between the two sets of columns, perhaps representing the Edicule, the small shrine built by Constantine over the tomb of Christ in Jerusalem. It bears the inscription XRICTIANA RELIGIO (“The Christian Religion”), a reference to Charlemagne’s self-appointed role as “Defender of the Faith.”

Charlemagne’s “temple-style” silver coins were widely circulated and struck until his death in 814, but for reasons that are unclear, very few of them have survived. The example that has now gone on display in Aachen was an issue struck after the coronation of Charlemagne’s son Louis the Pious as co-emperor in September 813. These would have been presentation pieces, honorary gifts more than general use coinage. Charlemagne’s death four months later put an abrupt end to the run.