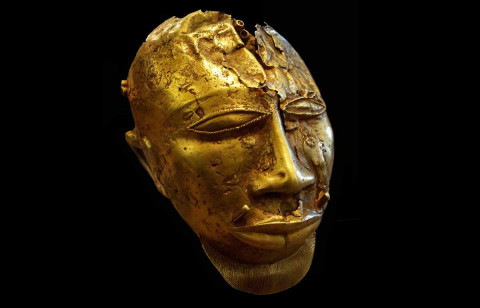 A game-changing exhibition has been on view in Cotonou in Benin since February of this year. Titled Restitution – Revelation, the display includes ancient and monumental royal statues and thrones, removed by the French in the course of a military raid on Dahomey in 1892 and carried off to Paris. Benin is the first African country south of the Sahara to get substantial elements of its material culture restituted after being displaced during the colonial era. In turn, France was the first colonial power in Europe to undertake such a restitution. The return process began with a speech by the French president Emanuel Macron at the end of 2017 in Ouagadougou.

This was, however, by no means pioneering work; enquiries about the restitution of African cultural heritage had been made at the end of the 1970s. Immediately after many African countries became independent the debate had been initiated mainly by African intellectuals and politicians and had reached an advanced stage.

Take Ghana: on 7 October 1974 the Ghanaian Times published an article with the headline: ‘Return of regalia runs into Trouble’. The initiative of the Kumasi Traditional Council to recover objects seized by the British army in the 1874 raid of Kumasi had stalled as the British government, Parliament and the British Museum shuffled responsibility between each other. 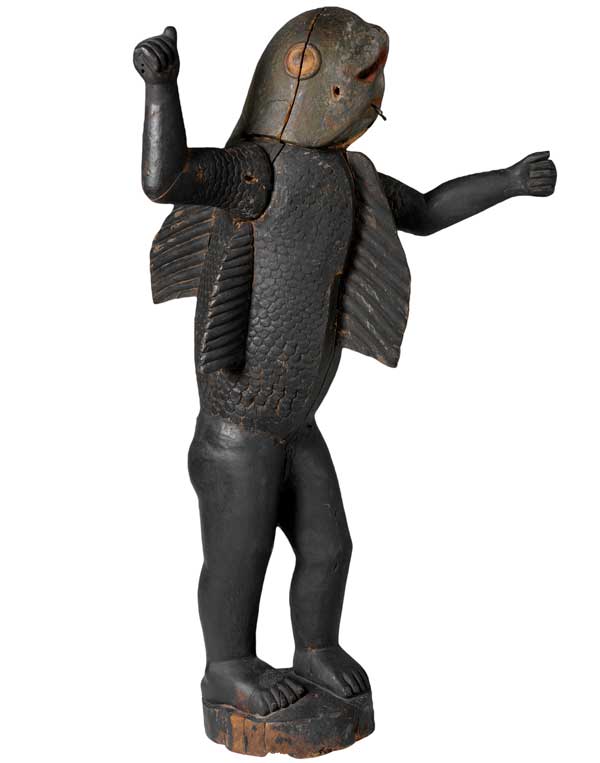 After Zaire (today Democratic Republic of the Congo) and Nigeria, in the early 1970s the former British colony ‘Gold Coast’ had been the third African country to present Europeans with official claims for returns. Throughout 1974 the UK had to deal with a claim for the so-called Asante regalia in the British Museum and the Wallace Collection, a substantial number of royal insignia, many of which were made from solid gold. They had been brought to London in the course of several British colonial wars against the Asante people. The claim for these treasures was put forward by the head of the Asante people, Otumfuo Opoku Ware II, and was formulated in the run-up to the centenary of the destruction of the Asante capital Kumasi. The centenary committee even published a manifesto on glossy paper, ‘Centenary of the Sagrenti War. The Call for the Return of the Asante Regalia’, to make its case.

The British press reported widely on the issue. The Times published nine articles on the Ghana claim between February and December 1974, including several readers’ letters that provide insight into postcolonial British society. The journalist Nicholas Ashford, who specialised on Africa, published an article in The Times on 5 February 1974 commenting on the symbolic dimension of the royal attribute and on the ‘spiritual unity of the state and the authority of its rulers’, without which ‘the Ashantis are a people without a soul’. In this context, he also quoted Otumfuo Opoku Ware II: ‘The time was ripe for Britain to accede to requests to return the regalia.’

This article prompted a large number of reactions which demonstrate how heated the debate was at the time and which racist stereotypes were in circulation. On 28 February 1974 The Times printed a letter by a young Ghanaian historian, Albert Adu Boahen, who established his expertise in the subject and demonstrated his precise knowledge of historical sources from a Ghanaian perspective.

This letter enraged a Mr Crum Ewing, an entrepreneur from Kent, who pointed out that the ‘so-called regalia’ should be regarded in the context of the slave trade by African rulers, and that they had come to British collections absolutely legally, that is as an ‘indemnity’.

In turn, this prompted an incensed statement by a young woman from London, Joanna M. Hughes, published by The Times on 8 March 1974. The restitution debate, she argued, was a matter of taking a stance with regard to the future, not a reckoning with the past:

What we are concerned with at present is a suggested return of long-absent treasure which would give pleasure to many people in Ghana and which would show our respect for their traditions and their feelings.

The case for restitutions as fair gestures among equals seems to have been widespread in the UK in 1974, despite ongoing colonial discourses. It was women, especially, who argued in its favour.

By the end of 1974 restitution had reached the parliamentary agenda in the UK. Yet the attempt by the Kumasi Traditional Council to recover the Asante regalia was ultimately thwarted by the dual resistance of the museums and the British government. Peter Shinnie, one of the pioneers of African archaeology and professor at the University of Calgary commented disappointedly:

It is difficult to see what Britain has to lose by accommodating Ghana in this way. Many of the objects, including the famous gold head, usually in-correctly known as the ‘death mask’ of Kofi Karikari, are not available for the public to see. If exhibited in Kumasi not only would Ghanaians be able to see them but it is not improbable that they would be visible to more British citizens than they are at present.

While British institutions continued to point to the legality of their acquisitions, public opinion articulated an increasing desire to rebuild the relationship with the former colonies and to acknowledge the emotions connected with the lost cultural heritage.

Nearly every conversation we are having today about the restitution of cultural property to Africa already happened, 40 years ago. It is worth being aware of these discussions.

Bénédicte Savoy is the author of Africa’s Struggle for its Art (Princeton University Press, 2022), translated from the German by Susanne Meyer-Abich.