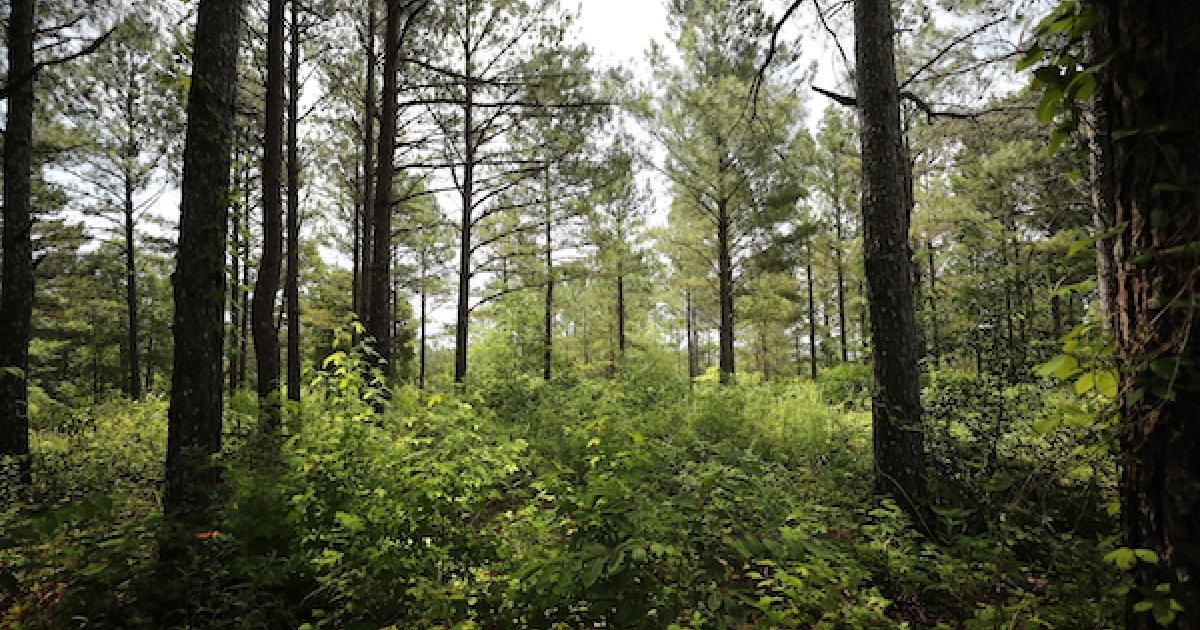 This article is sponsored by NCX.

Last year’s surge in corporate net-zero commitments is revealing a shortage in the existing supply of carbon credits. High quality forest carbon credits can help fill that supply gap, but doing so requires democratizing forest carbon markets so that every landowner and every acre of forest can participate.

For the last decade, most landowners have been locked out of forest carbon markets. It typically takes two years and $200,000 to set up a forest carbon project. Only the largest landowners — those with over 5,000 acres — can make the economics pencil out with traditional carbon offset projects. Over half of the privately owned acreage in the U.S. occurs in parcels smaller than this 5,000 acre threshold, which is why NCX has pioneered a technology-driven approach to help landowners of all sizes participate in forest carbon markets. The Natural Capital Exchange uses forest cover and composition data along with local timber-harvest pricing, and other regional information, to give an accurate assessment of the timber and carbon value for every acre of land remotely, at no cost to the landowner.

In December, over 2,000 landowners participated in the first coast-to-coast NCX forest carbon program. Landowners from over 35 states went under contract to defer timber harvests and grow older, more carbon-rich trees.

Participation was highest in the South, where a combination of favorable growing conditions, low stumpage prices and strong word of mouth drove a large volume of competitively priced carbon. Some states such as Mississippi and Alabama had participation from nearly every county.

As Mr. McDaniel, a landowner in Mississippi, said, “The land, to me, means not only a way of income for the family but also a refuge from the hectic world. What attracted me to NCX was the simplicity of it … but also as a citizen of the world, that we’re helping companies become net-zero.”

For many landowners, their forest is one of their most important financial assets. Until now, the primary way of monetizing forest ownership has been to harvest and sell the timber. This is the driving force behind America’s multi-billion annual timber harvest.

With NCX, landowners can easily explore what carbon opportunities exist for their property. Using our web-based platform, landowners identify their property on a map, confirm a few details about their ownership and request an assessment. The whole process takes less than 15 minutes. A few days later, they receive a report with the amount of carbon they have available to sell.

The landowner then tells NCX how much money they’d need in order to delay their harvest for a year. The opportunity cost of deferring a timber harvest has real economic consequences that impact the landowner’s bottom line. Landowners look at the price of timber and determine a carbon price that would work for them.

NCX then runs a uniform price auction that identifies the lowest-priced carbon on the landscape. Landowners that set their price too high do not have their bids accepted but they do have a chance to submit a new bid in the next quarterly NCX cycle.

The Natural Capital Exchange works on an auction model, meaning landowners whose bids are accepted by NCX are enrolled in the program and they reduce their timber harvests by the agreed amount over the specified time period. Unlike traditional carbon offset projects, NCX is a “payment on delivery” system. The landowner receives payment one year later, after NCX verifies that the trees are still standing.

The landowner can re-enroll in the program year after year. Each year, they receive payment for the carbon their trees are storing. It’s a flexible approach that rewards measurable climate impact and provides an ongoing stream of payments to rural communities.

Forest carbon markets are transforming the economy of rural America. When companies pay for carbon, landowners will grow older, more carbon-rich forests than they otherwise would have. Carbon payments flow from companies and consumers to support landowners in rural, forested areas.

To learn more about how detailed forest measurements can increase participation and improve additionality, watch an on-demand recording of NCX’s webinar “Will they make the cut? Assessing Additionality in Forest Carbon.”