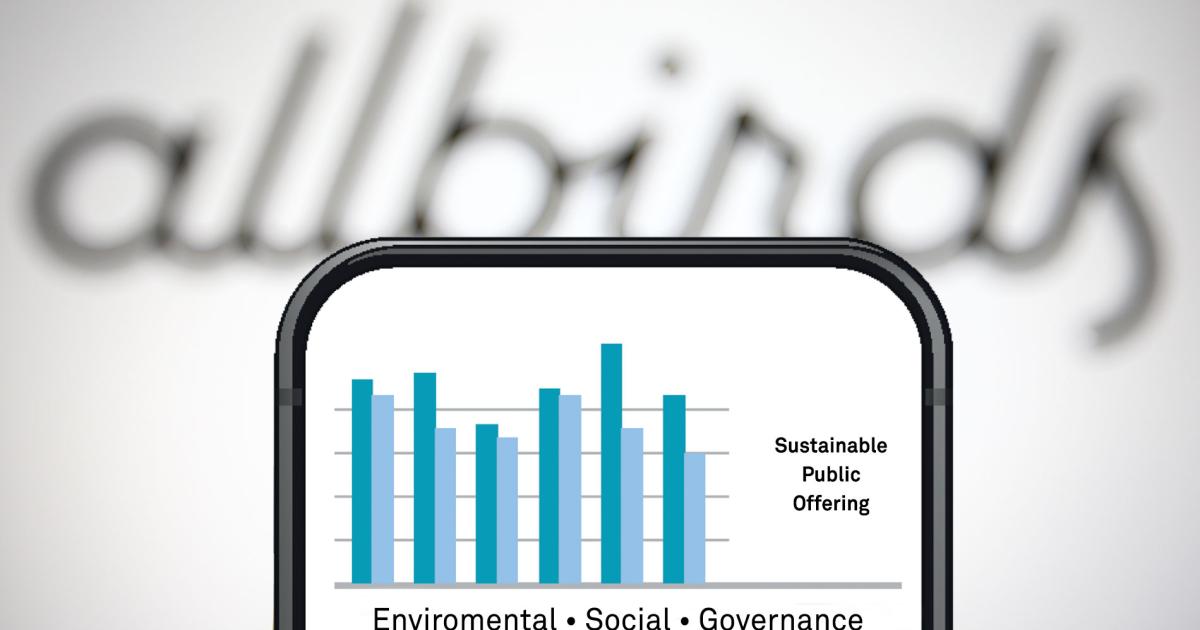 As Allbirds listed on NASDAQ last week, its chief financial officer announced that the company was dropping its claim to be the first “sustainable” IPO—an “SBO”—due to objections from the Securities and Exchange Commission. SEC Gary Gensler has told Congress that the agency would be looking much more closely at investments claiming to be sustainable.

The sustainable shoe brand recently sold 20,192,307 shares of its Class A common stock at $15 per share, raising more than $300 million ahead of a market debut. This beat initial expectations outlined to raise $269 million for an IPO, with 19.2 million shares priced between $12 and $14. The mystery is why the SEC would fixate on Allbirds, a clearly well-intentioned, mission-driven shoe company that touts eco-friendliness as its primary brand identity and operates with a higher than usual amount of transparency.

There are any number of more obvious investment targets with more questionable claims to be scrutinized and pressured to dilute their offerings. In any event, the Allbirds IPO was a big success: More shares were sold than expected because of investor interest and on its first day of trading, Allbirds stock rose 93% above the initial offerings. While we think accountability is important, we salute their ambitious eco efforts and congratulate the Allbirds team on their success.

Included in its bid to raise $100 million through an initial public offering, is Allbirds’ obligation to adhere to a sustainability framework, maintain a strong ESG rating and a commitment “to make meaningful progress on important ESG matters.” In early October, however, in what is perceived as a walk back from initial far-reaching commitments, the Allbirds team reduced their 65 listed ESG commitments to 33 in the prospectus filed with the Securities and Exchange Commission.

And in June, in unfortunate timing for the company’s SPO effort, a civil action lawsuit was filed against Allbirds in a New York court brought by People for the Ethical Treatment of Animals claiming the company has misled consumers with sustainability and animal welfare claims. The complaint alleges, among other issues, that Allbirds ignores almost half of the true environmental impacts of the wool used in its products in its carbon calculations.

The company was founded to use natural materials and reduce climate change impact. Allbirds will be the first in line to try out the newly-created eco-focused equity offering, to pave the way for others to follow.

Could the “E” in ESG come to stand for “equity” as well as “environmental”?

“We hope to help pioneer a framework for companies to conduct … a sustainable public equity offering … Our vision is that Allbirds’ initial public offering will lay the groundwork that can be used by other companies for future SPOs,” the company said in its initial filing with the SEC but removed the reference to other companies in a statement in the amended filing.

Allbirds — known for its low-impact, simply-designed wool shoes and, more recently, practical activewear — has been embraced by trendsetters and the eco-minded alike. The company aims to make its products, including the soles of its shoes and laces, with a zero-carbon footprint.

Founder Tim Brown, a New Zealand native, is naturally au fait with merino wool and was driven to explore how it could be used in footwear, along with other biodegradable materials such as eucalyptus pulp, sugar cane and recycled plastic. In 2016, he teamed up with U.S. engineer and renewable energy expert Joey Zwillinger and together they began making their unique style of wool-based shoes with a focus on minimizing the company’s impact. The company also works with Soles4Souls in a program that brings lightly-used, donated Allbirds shoes to communities in need around the world.

Allbirds has never turned a profit. While the San Francisco-based company made $118 million of revenue in the first six months of 2021, 27% higher than a year earlier, it still saw a net loss of $21.1 million. Allbirds raised $100 million in September in a Series E round from large investment firms including T. Rowe Price and Franklin Templeton and was valued at $1.7 billion in 2020.

The company is a public benefit corporation under California law, which means it is legally obligated to consider the environment, employees and other stakeholders in addition to the financial benefits to stockholders. Importantly, Allbirds has linked management bonuses to sustainability outcomes, including specific metrics related to carbon reduction targets. The company claims it’s already 100 percent carbon neutral through offsets and the Allbirds team is committed to going further to cut its carbon footprint in half by 2025, then reduce it to near zero by 2030.

Allbirds is also a certified B Corp and is working with experts to align its ESG reporting with the Sustainability Accounting Standards Board and the Task Force on Climate-related Financial Disclosure, reporting frameworks by the end of 2021. These efforts put Allbirds among global frontrunners in ESG transparency if its reporting stands up to scrutiny.

As of June, Allbirds had 27 stores in the U.S., China, U.K. and New Zealand, but it has sold the bulk of its products online. The company’s expansion plan –– running counter to retail trends amid the Covid pandemic –– involves adding hundreds more retail locations around the world.

Allbirds recently teamed up with athletic shoe superpower Adidas to design a zero-carbon shoe –– a project called [Futurecraft.footprint]. Together the companies developed a shoe made with 70% recycled polyester and 30%  Tencel made from wood pulp. Initially, a small number were produced to raffle off to the Adidas loyalty program members in 2021. Another 10,000 pairs are slated to become available in early 2022.

Allbirds shoes range in price from about $100 to $145 a pair. The company hopes that customer loyalty to its sustainable business approach will ensure its future growth along with more affordable product offerings.

“The goal [is] not to be a niche player selling premium products to rich people who care about the environment,” CEO Zwillinger said in early 2021. “We have sustainability for the masses.”

That will be a challenge because Amazon is selling copycat knock-off versions of the sought-after wool shoes on Amazon for $45 a pair. It presents a stark contrast for consumers who are choosing between products from companies committed to investing in low environmental impact and socially responsible approaches, and those committed to profit alone, no matter the planetary cost.

Even as it tests consumer loyalty to its sustainable credentials, the Allbirds team must shore up its commitments with unimpeachable evidence that keeps the faith of ESG investors. Both are essential if the company is to survive and thrive.