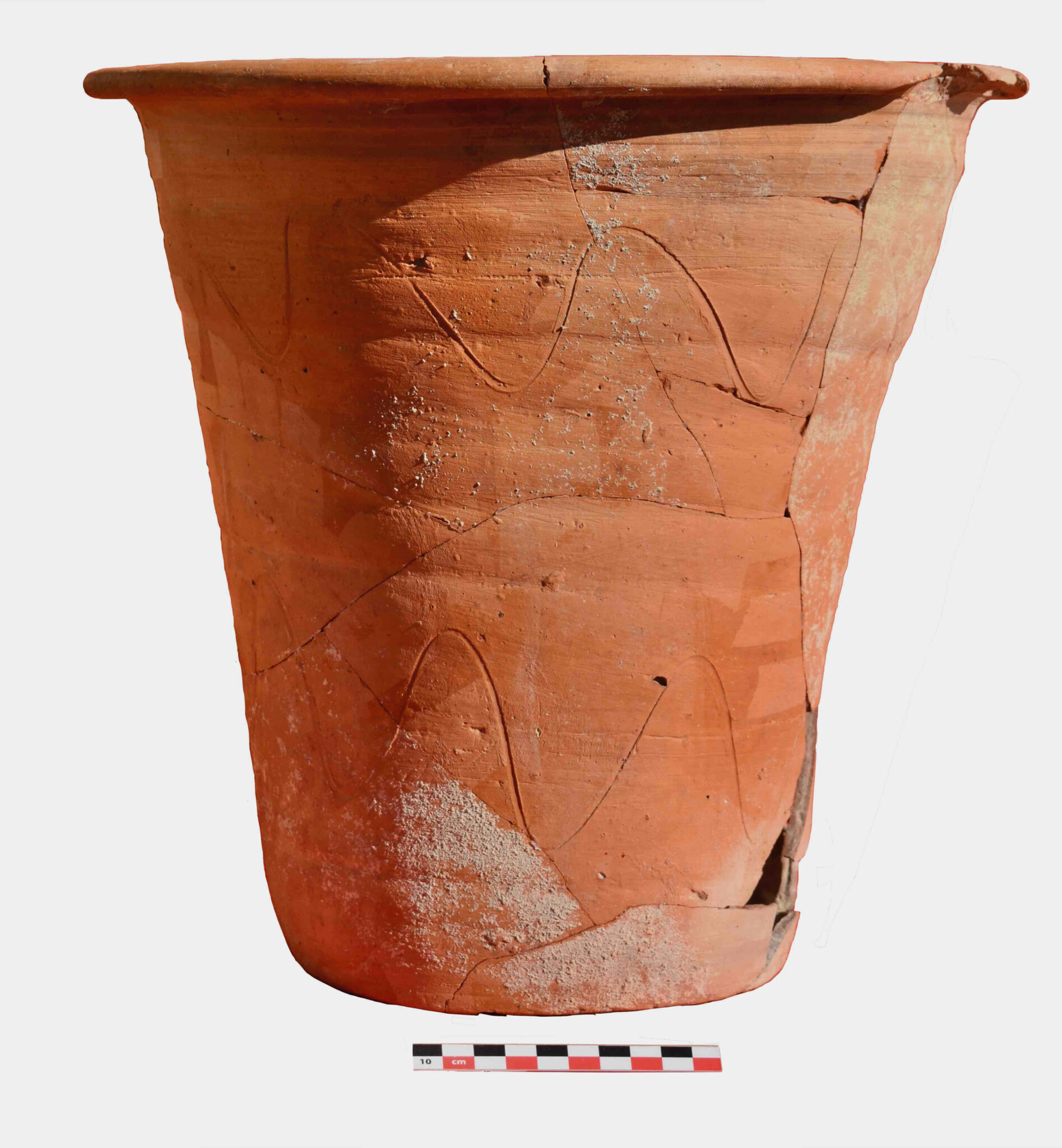 Analysis of a ceramic pot from the 5th century A.D. discovered in Gerace, Sicily, has revealed the presence of whipworm eggs confirming that it originally contained human feces. This is the first direct evidence that this type of vessel was used a chamber pot in the Roman era. 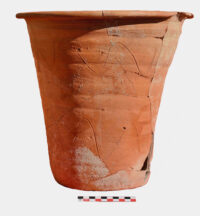 Roman pottery shapes and sizes have been extensively documented and categorized since the 19th century, but the diverse typologies only began to include identifications of possible chamber pots in the 1990s based on discoveries made in bathroom-related archaeological contexts like ancient latrines. The chamber pot type is plain ware pottery of local production with sloped sides and a flat bottom, however there was no proof that they had been used to hold excreta rather than as storage vessels for grains or fluids, cinerary urns or as simple containers, as in the case of one pot that at some point at least held builder’s lime.

Archeologists at the University of Cambridge turned to mineralized concretions for answers. A small proportion of the sloped ceramic vessels contain mineral build-up that clung to the sides and bottoms of the pot over repeated usage. The team sampled concretions inside one of five vessels unearthed in the former bath-house of a Roman villa at Gerance in 2019. The bath house had been filled in after it was damaged severely in an earthquake in the mid-5th century. The five pots were part of the fill, which dates them to between 450 and 500 A.D. 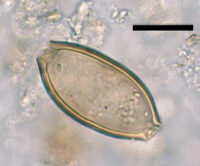 The research team employed a digital light microscope to identify any intestinal parasite eggs trapped in the deposits. They were successful, discovering multiple parasite eggs. Based on the shape, color, size, smooth sutface and polar plugs of the eggs found, they were identified as the intestinal nematode Trichuris trichiura, ie, whipworm. This is the first time the presence of parasite eggs has been identified from concretions in a Roman ceramic vessel.

The success of the study opens up the possibility of a systematic analysis of all of the pots containing mineralized concretions. The new information could greatly expanding our knowledge of the diet, health and hygiene of the people who pooped in these pots 1,500 years ago.