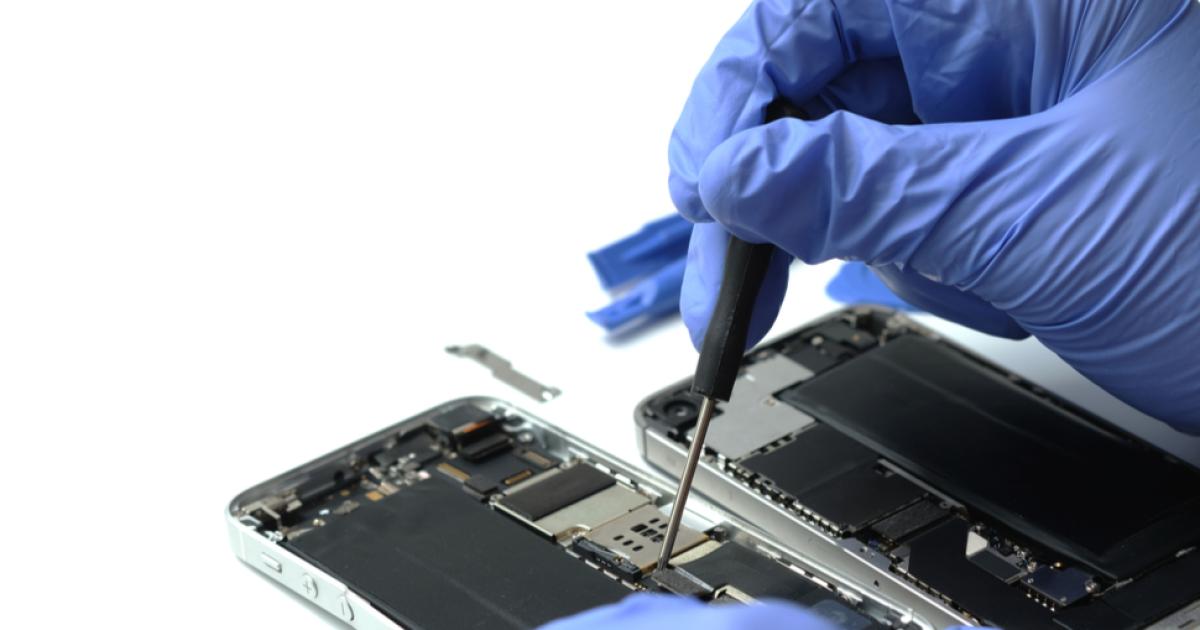 It’s that time of year again: December’s punctuation between the year past and the one to come annually induces a state of collective reflection. As many of us find ourselves in contemplative stupors fueled by nostalgia, end-of-year deadlines or holiday libations, these weeks of transition offer a welcome opportunity to take stock and then take aim at what’s ahead.

Next week we’ll take a look back at the biggest circular economy trends of 2021. After a holiday hiatus, we’ll return to your inbox Jan. 7 with some predictions on what 2022 might hold for circularity. For today, I thought I might take a few celebratory moments to reflect on one of my industry highlights of the year.

Apple will begin the rollout with a modest offering, selling parts and tools for the iPhone 12 and 13. That includes the display, battery and camera, available for purchase by individuals in a Self Service Repair Online Store, along with access to the service manuals and repair-enabling software.

This is a big deal.

The community of repair advocates and environmental Davids have long criticized their Goliath, Apple, for repair-thwarting design, lobbying and policies. While newer and more nimble consumer electronics companies such as Fairphone and Framework have incorporated repairability and modularity into their design DNA, they remain the exception rather than the rule.

Apple’s announcement may seem like a small thing … But it’s a total shift in perspective. It’s an agreement that this is a partnership. We’re on Starship Earth together.

If I made a list of my heroes of the year, Kyle Weins would certainly be on it. In fact, if I made a list of my favorite circularity-minded characters to speak to, collaborate with or generally hear from, Weins would be high on the list. Weins (it’s pronounced like “beans,” as he’ll earnestly tell you), founded iFixit after muddling through a home repair of an iBook in 2003.

Since then, his team has painstakingly disassembled every single Apple product — all the makes, models and new gadgets — making Apple the first electronics manufacturer with open source, Creative Commons licensed manuals for every product (because the iFixit team did it for them).

On calls and webcasts, Weins’ head gently bobs up and down on the screen as he enthusiastically bounds ahead, in place, upon his treadmill desk. But don’t let his kind demeanor fool you: Weins will neither hold back nor mince words when it comes to his fierce advocacy for the right to repair.

Congratulations to the team at Apple for taking a bold step forward, and to Weins and his team for their persistence, passion and contribution to meaningful progress for the entire industry.

“Apple’s announcement may seem like a small thing: they’re going to publish free manuals and sell parts to their customers,” Weins tweeted the day of the announcement. “But it’s a total shift in perspective. It’s an agreement that this is a partnership. We’re on Starship Earth together.”

[Continue the dialogue on  how to build a circular economy with forward-thinking leaders at Circularity 22, taking place in Atlanta, GA, May 17-19.]