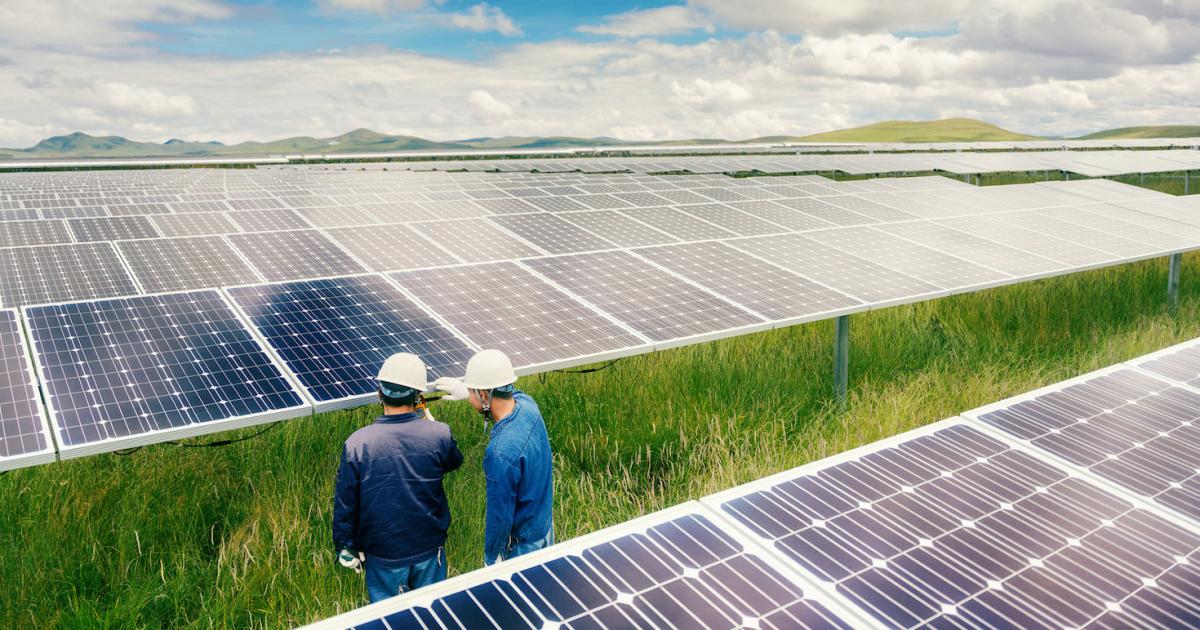 It’s been five years since Apple decided to get proactive about extending its ambitious renewable electricity commitments into its supply chain — an incredibly important gesture for any company serious about addressing its Scope 3 emissions. It continues to disclose impressive progress.

And slowly but surely, other multinationals including Walmart, PepsiCo and more than a dozen global pharmaceutical companies including Johnson & Johnson, Pfizer and AstraZeneca are embracing similar strategies.

All of these corporations have taken recent steps to create general resources and tools for their value chain and suppliers, with an eye to improving their energy efficiency and helping them procure renewable electricity through a variety of avenues. Some have even committed to helping suppliers orchestrate aggregated power purchase agreements (PPAs).

Although I haven’t actually seen any examples of those sorts of PPAs yet, PepsiCo hopes its value chain will come together on at least one collective contract by the end of the year, according to Roberta Barbieri, vice president of global water and environmental solutions at the company. If all of PepsiCo’s partners switched to renewable electricity — including those aiding with transportation, packaging, bottling and so on — the company would be well on its way to achieving its own goals, she told me earlier this week: “Scope 3 needs to be dealt with, and it is the most challenging part of a decarbonization strategy, bar none.”

Remember two years ago when declaring an intention to become net zero by 2050 became all the rage with large corporations? Scrutiny of those commitments by investors, climate activists and the media has made one thing increasingly clear — big companies won’t get there without small and midsize enterprises (SMEs), and most SMEs don’t have the resources to do this on their own.

According to a recent survey conducted by the SME Climate Hub, an initiative managed by the We Mean Business Coalition, about two-thirds of small businesses believe they don’t have the right skills or tools to act. Close to 70 percent of those surveyed said they need access to external funds to take action, but just one-third of the small respondent base (about 200 businesses) had been offered a financial incentive to do so.

That’s one reason why Apple’s active role in enabling suppliers to transition to renewable electricity is so notable. In mid-April, the company reported that its suppliers had more than doubled their use of clean energy over the past 12 months — with 10 gigawatts online and a total of 16 GW committed into the future. As of the report date, 213 of the company’s “major manufacturing partners” had made commitments to operate all of their Apple-related production on renewable electricity. (No specific goal date provided.)

In China in particular, Apple has played an active role in helping its supply chain partners. In 2018, it created a $300 million fund to directly invest in projects that could benefit its suppliers (465 megawatts so far), and it has also helped them navigate some regulatory challenges of this market.

Walmart also supports an initiative to help suppliers to procure renewable electricity. The two-year-old effort, Gigaton PPA, is a component of Walmart’s Project Gigaton, which aims to avoid 1 gigaton (1 billion metric tons) of CO2 from the retailer’s value chain by 2030. The initiative provides education, but it also seeks to encourage participants to collaborate on aggregate PPAs — allowing several smaller companies to pool their renewable electricity procurement requirements and negotiate together.

While there haven’t been any group PPAs announced by Walmart yet, it’s just a matter of time, according to John Powers, vice president of global renewables and cleantech at Schneider Electric. “That is well underway. We are hoping to have something to announce this year,” he told me.

Schneider Electric has advised corporations on more than 150 utility-scale PPA purchases in North America, Europe, India, Australia and Latin America — influencing the addition of more than 11,000 MW. Aside from the Walmart program, it is also behind a similar initiative announced in March by PepsiCo, pep+ REnew. There are two primary components to the newer program, which draws on resources provided by the energy service provider’s NEO Network: providing educational tools to help SMEs learn more about their renewable options and accelerating the shift to renewables by helping PepsiCo’s value chain partners identify projects and collaborate on aggregated PPAs. This program is in addition to an initiative PepsiCo started last year with research firm Guidehouse, designed to help suppliers set science-based targets.

When I spoke with Barbieri earlier this week, 45 of its partners — of all sizes — had joined the program and the company had hosted hundreds more as part of introductory webinars. The program is funded out of the sustainability team’s budget, but it is being managed by someone on PepsiCo’s procurement team. “We developed the concept, and others are operationalizing it,” she said.

While there are no specific key performance indicators for the initiative currently, Barbieri hopes it will yield its first aggregated PPA within a year. “By aggregating companies to do this, you share the burden of all the intricacies and complexities. Schneider can help,” she said.

While PepsiCo opted to get this program off the ground on its own, Schneider Electric is also at the center of a collaborative initiative established in November by 10 global pharmaceutical companies including AstraZeneca, Johnson & Johnson, Merck and Pfizer. Energize encourages suppliers to learn about the renewables market, receive guidance on PPAs and potentially collaborate on procurement contracts. Because many of these suppliers often work with multiple customers across the same industry, it has the potential to scale quickly, Powers noted.

So, are programs of this nature the start of something big or, rather, small? Powers said Schneider Electric is fielding more inquiries from sustainability leaders seeking to motivate progress on Scope 3 emissions. “There is a large demand to figure out solutions for everyone beyond just the biggest, most sophisticated companies in the world,” he said.