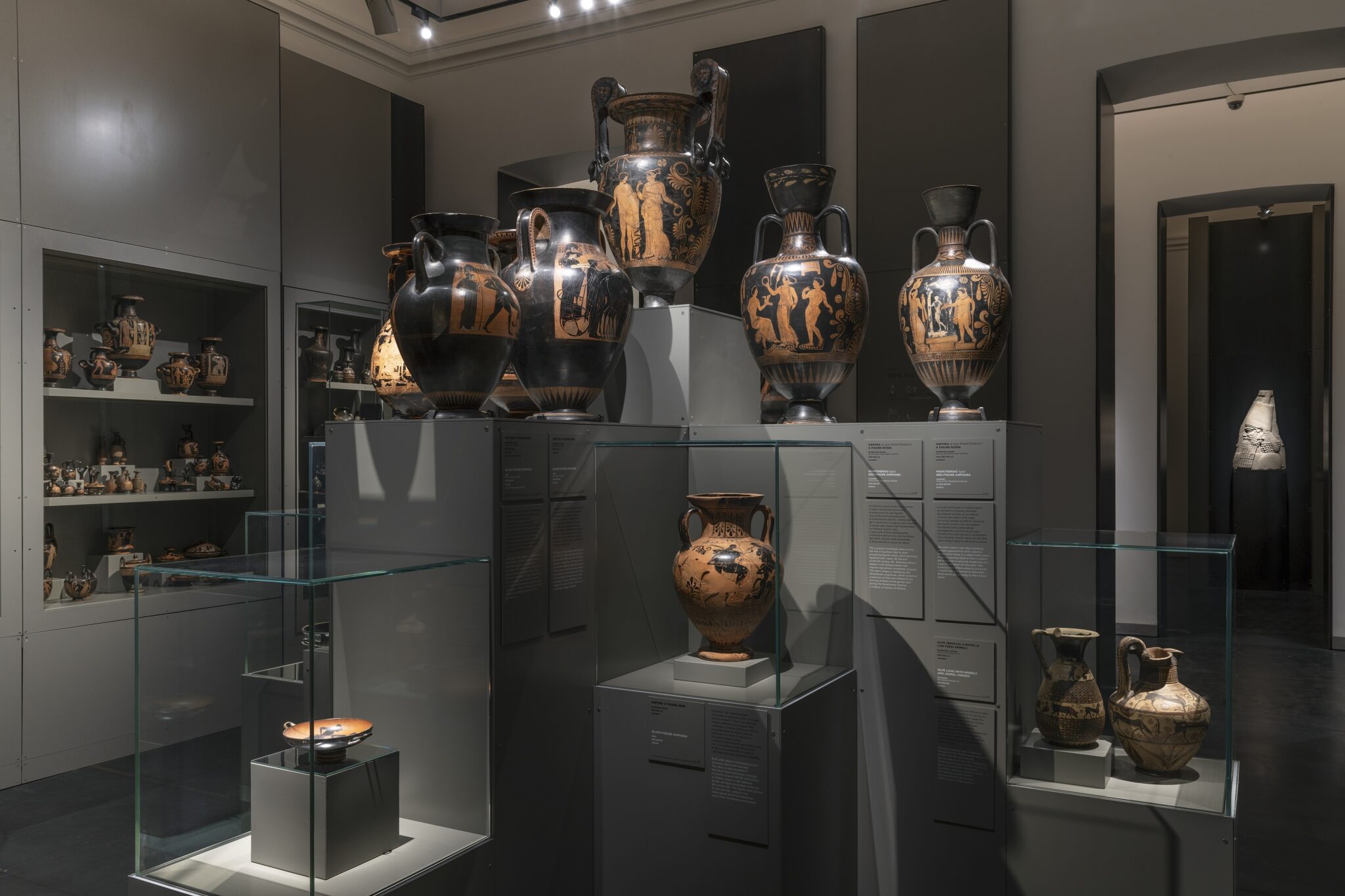 The Archaeological Gallery in the Royal Palace of the House of Savoy in Turin has reopened after an extensive redesign. More than 1,000 ancient artifacts and artworks, many of which have never before been on public display, have been installed in the ground floor of the 19th century New Wing of the palace, which connects through a monumental atrium to the painting collection of the Savoy dynasty.

The earliest of the Savoy dukes to succumb to the fascination of Antiquity were Emanuele Filiberto (1553-80) and his son Carlo Emanuele I (1580-1630). In the first gallery there are two 16th-century fakes that illustrate the taste of the period: the mysterious “cabalistic” bust of Isis in black marble with the Signs of the Zodiac on its face; and the sleeping boy with the wings of Eros but the attributes of Hercules, with deliberate breakages.

By the 18th century, the works began to be seen more as sources of knowledge than trophies, so in 1724 the collection, which in the meanwhile had grown through purchases and donations, was given to the University of Turin by King Vittorio Amedeo II, and the poet, scholar and playwright Scipione Maffei was charged with displaying it in the Palazzo della Regia Università. A hundred years later, the Egyptian collection assembled by Bernardino Drovetti and bought by King Carlo Felice was put on display in the former Collegio dei Nobili. In the 1840s Paul Emile Botta, the French consul in Mosul, discovered Niniveh and the Assyrian civilisation, while a little later Luigi Palma di Cesnola and his brother Alessandro were putting together one of the greatest collections of Cypriot antiquities from the excavations they were conducting on the island. Both these campaigns enriched the Savoy collections, with two exquisite reliefs in calcareous alabaster depicting the Assyrian king, Sargon II and a court dignitary, both from the palace at Khorsabad now on show in the Galleria.

The new gallery occupies 10 rooms divided into five sections. The first section covers the history of the collection itself, accumulated over 400 years by the Savoy dynasty, since the 11th century rulers of the Savoy region which includes modern-day Piedmont with Turin as its capital, and Kings of Italy from 1860 until 1946. From the origins of the collection, visitors move through the long Sculpture Gallery lined on both sides by Greek and Roman statues, portrait busts and sarcophagus reliefs. The gallery ends in the Rotunda of the Emperors, where busts of Roman emperors surround the viewer.

The next section is dedicated to the Near Ancient East and features Assyrian artifacts, including the portrait relief of King Sargon II, and the largest collection of cuneiform texts and cylinder seals in Italy.

Rooms dedicated to Roman Civilization follow, that includes a never-before-exhibited 19th century cast of the Fasti Praenestini calendar, a mosaic of Orpheus taming the beasts and the portrait bust of Julius Caesar considered by scholars to be the most realistic known, and therefore likely the one that most resembles him.

The Greek and Etruscan Civilization rooms contain, among many other treasures, more than 400 Greek and Italian ceramics plus a second collection of Etruscan bronzes, bucchero pottery, cinerary urns and sarcophagi, including the large sarcophagus of Matausna dated to 280-270 B.C.

The last section, Antiquities from Cyprus, contains the objects from the greatest chronological span in the museum, ranging from the Bronze Age (3rd millennium B.C.) to Late Antiquity (5th century A.D.). 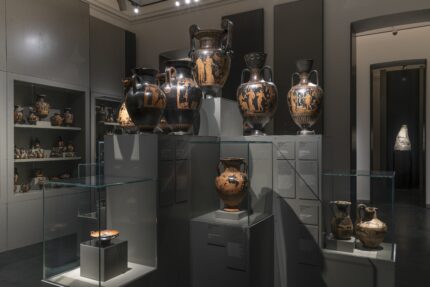