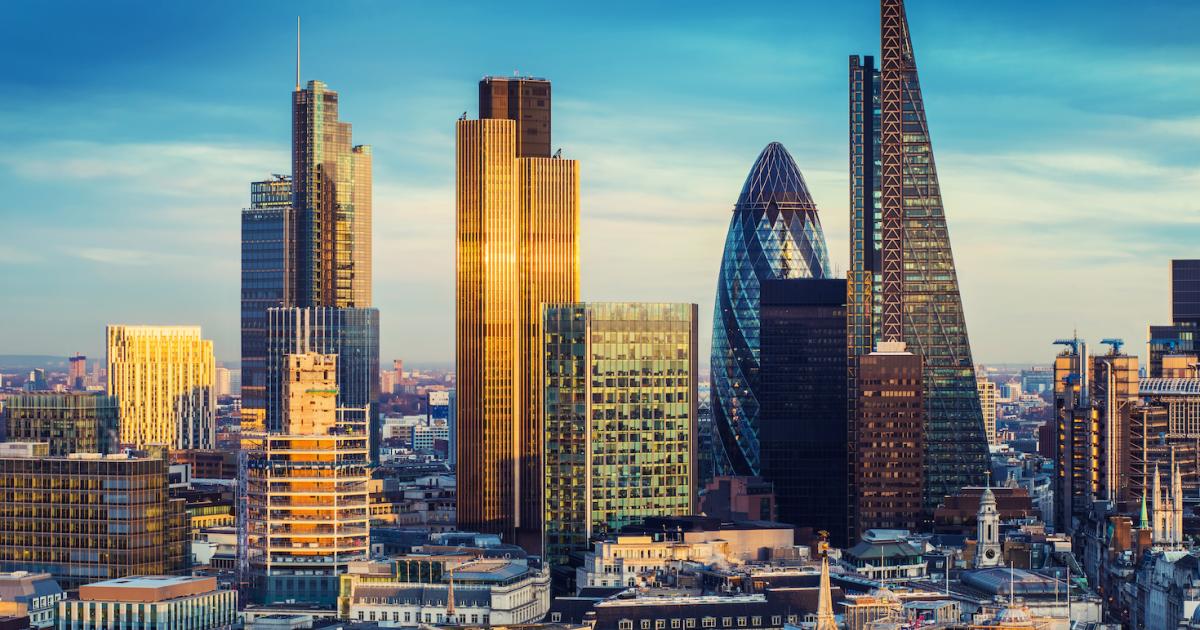 Scores of Europe’s leading banks have been accused of continuing to flout advice from climate scientists and economists by pumping tens of billions of dollars into expanding oil and gas production last year, despite having signed up to the United Nations-led Net Zero Banking Alliance (NZBA) ahead of the COP26 Climate Summit.

Responsible investment NGO ShareAction last week warned that banks are exposing themselves to vast stranded asset risk by continuing to back fossil fuel expansion, having analyzed the volumes of finance provided by 25 of the biggest European banks to 50 companies with large oil and gas expansion plans, including ExxonMobil, Saudi Aramco, Shell and BP.

It found that 25 banks have provided over $400 billion to finance these fossil fuel firms since 2016, with HSBC leading the way with $59 billion of funding, followed by Barclays at $48 billion and BNP Paribas at $46 billion.

High levels of fossil fuel investment are continuing despite the landmark International Energy Agency (IEA) report commissioned by the U.K. government ahead of COP26 last year, which resulted in the influential think tank warning that there should be no further fossil fuels exploration beyond 2021 if the world is to stand a chance of keeping its 1.5 degrees Celsius temperature goal alive.

All four aforementioned banks responded to the report by insisting they are working to reduce emissions from their oil and gas portfolio, while the NZBA said it expected members to come forward with credible science-aligned emissions reduction goals covering fossil fuel investments later this year.

But Xavier Lerin, senior research manager at ShareAction, stressed that financing further expansion of oil and gas worldwide was a “lose-lose bet” for banks and their investors. By continuing to follow their current path, he argued banks risked both tens of billions of dollars of carbon-intensive assets becoming stranded as green market shifts and tightening climate policy rapidly advances in the coming years, as well as huge losses from the damages wrought by an increasingly unstable climate.

If oil and gas demand decreases in line with 1.5C scenarios, prices will fall and assets will become stranded.

“If oil and gas demand decreases in line with 1.5C scenarios, prices will fall and assets will become stranded,” he explained. “On the other hand, if demand does not fall enough to limit global warming to 1.5C, the economy will suffer from severe physical climate impacts. Either way, value will be destroyed for energy companies, banks and their investors.”

In addition, almost all the 25 banks studied by ShareAction have signed up to the U.N.-convened Net Zero Banking Alliance launched in April, which requires members to set science-based interim and long-term emissions reduction goals for their investments in line with achieving net zero no later than 2050.

Since joining the Alliance last year, 24 banks studied have provided $33 billion towards expanding oil and gas production, with over half that amount — $19 billion — coming from just four of the initiative’s founding members: HSBC, Barclays, BNP Paribas and Deutsche Bank, ShareAction found.

The NGO suggested its findings raised questions about the credibility of the NZBA, pointing out that while members have committed to setting emissions reduction targets for their energy portfolios, the guidelines of the UN-led initiative “are silent on fossil fuel expansion.”

In response, the NZBA’s secretariat said it had not had time to review ShareAction’s research in detail, and that it could not comment directly on its findings, nor on the individual investment policies of its members. But it welcomed the NGO’s “monitoring of the situation,” and stressed that it expected banks signed up to the NZBA to come forward with credible, 1.5C science-based climate goals covering “all key sectors,” including those involved in extracting and consuming fossil fuels.

“In aligning to this requirement of the Alliance commitment, member banks are expected to set targets that reflect decreasing use — both supply and demand — of fossil fuels, in accordance with those scientific pathways,” the NZBA secretariat said in a statement provided to BusinessGreen.

For banks which joined the Alliance upon its launch in April, the first set of 2030 financed emissions targets are due to be reported in autumn 2022, before a full suite of 2030 targets are expected in early 2024 covering nine major emitting sectors, including coal, oil and gas, transport and cement.

However, the group added that “we expect that given the importance and the complexity of decarbonizing the oil and gas sector and the tremendous amount of work required in doing so, many banks will choose to set targets for this sector at the earliest possible opportunity.”

Major banks are under increasing pressure to decarbonize their investment activities and portfolios, particularly in the wake of the IEA’s landmark conclusions last year and the volatile nature of oil and gas markets compared to the relative stability and better long-term out look for the green economy.

Yet the ShareAction report found just a handful of the banks studied have put in place policies to restrict financing to oil and gas clients, including Commerzbank, Crédit Mutuel and La Banque Postale, with the latter committing to exiting oil and gas altogether by the end of the decade.

ShareAction also said that most banks were failing to demand robust transition plans from fossil fuel clients, with only Danske Bank and NatWest found to have publicly requested decarbonization strategies by a set date, and La Banque Postal the only bank requiring clients to rule out oil and gas expansion altogether.

As such, ShareAction’s senior officer for banking standards Kelly Shields urged asset managers to use their shareholder rights in the upcoming AGM season to demand that banks implement policies to restrict finance for oil and gas. “Last year shareholders were instrumental in pushing banks to adopt or strengthen restrictions on coal finance,” she said. “This year they need to replicate that success with oil and gas expansion by voting for robust shareholder resolutions and against inadequate say on climate plans.”

However, many banks named in ShareAction’s report have pushed back against the suggestion they are being too lax in their engagement with oil and gas firms.

In a press release issued Feb. 22, for example, HSBC said it “is targeting a reduction of 34 percent in absolute on-balance sheet financed emissions by 2030 for the oil and gas sector.”

Barclays pointed to its existing quota of climate targets, including its immediate aim to reduce financed emissions from energy — including oil, gas and coal — by 15 percent by 2025 against 2020 levels, and its tightening restrictions on funding fossil fuel exploration in the Arctic. “Barclays continues to engage with a broad range of stakeholders on climate and sustainability topics,” it said in a statement. “We continue to focus on our ambition to become a net-zero bank by 2050, and our commitment to align our financing with the goals and timelines of the Paris Agreement.”

Many of the individual banks singled out by ShareAction are promising tighter fossil fuel policies over the coming months, which should start to translate into reduced financial flows towards polluting infrastructure in the coming years.

Deutsche Bank, meanwhile, insisted carbon intensive sectors made up only a “small share of its loan book,” but that it planned to disclose the carbon intensity of its loan portfolio by the end of the year as part of its plans to achieve net zero emissions by 2050 or sooner. It also said it was “well on the way” to providing $227 billion in ESG financing and investments before 2023. “Our aim is to support all of our customers as we transition to a net zero world,” it said. “Part of this journey is an intense dialogue with clients to move from high-carbon business models towards low and no-carbon ones.”

And BNP Paribas pointed out that while 2020 was a “totally atypical year” for the global economy, the ShareAction report nevertheless showed a “significant decrease” in its support for oil and gas players last year compared to 2019. The bank added that in the coming months it was also planning to further strengthen its target to reduce its credit exposure to oil and gas exploration and production activities by 10 percent by 2025, compared to 2020 levels.

“As the leading bank in continental Europe, BNP Paribas is a major financier of European energy companies that are largely committed to transitioning their model through strong investments in developing renewable energies,” it said in a statement. “The group is convinced that these players, due to their technical and financial capacities, have the levers necessary to accelerate transition by developing renewable energy and other transformative solutions (electrification, green hydrogen, green gas, biofuels, etc.).”

With $33 billion of financial flows since April, the sheer scale of finance dedicated towards expanding oil and gas production, not just maintaining it, will never be a great look for banks which have signed up to a major U.N.-led initiative geared at delivering strict net zero emissions goals that are meant to be in line with less than 1.5 degrees Celsius of warming.

With the Glasgow Financial Alliance for Net Zero (GFANZ) — to which NZBA is linked — having faced considerable scrutiny at COP26 over its claims it is catalyzing a multi-trillion dollar shift towards fully net zero emission portfolios, ShareAction’s findings today underscore the huge challenge financial firms face if they are to build confidence in their net zero strategies.

Yet at the same time, with NZBA pushing for stricter emissions targets to be set in the autumn and once again in 2024, it is clear banks are under mounting pressure to up their game. Many individual banks singled out by ShareAction are promising tighter fossil fuel policies over the coming months, which should start to translate into reduced financial flows towards polluting infrastructure in the coming years.

Whether the dire stranded asset warnings will cut through to banks in time to shift their investments and unlock the billions needed to halve global emissions by 2030 and keep 1.5C alive, however, remains one of the most important unanswered questions in the world right now.