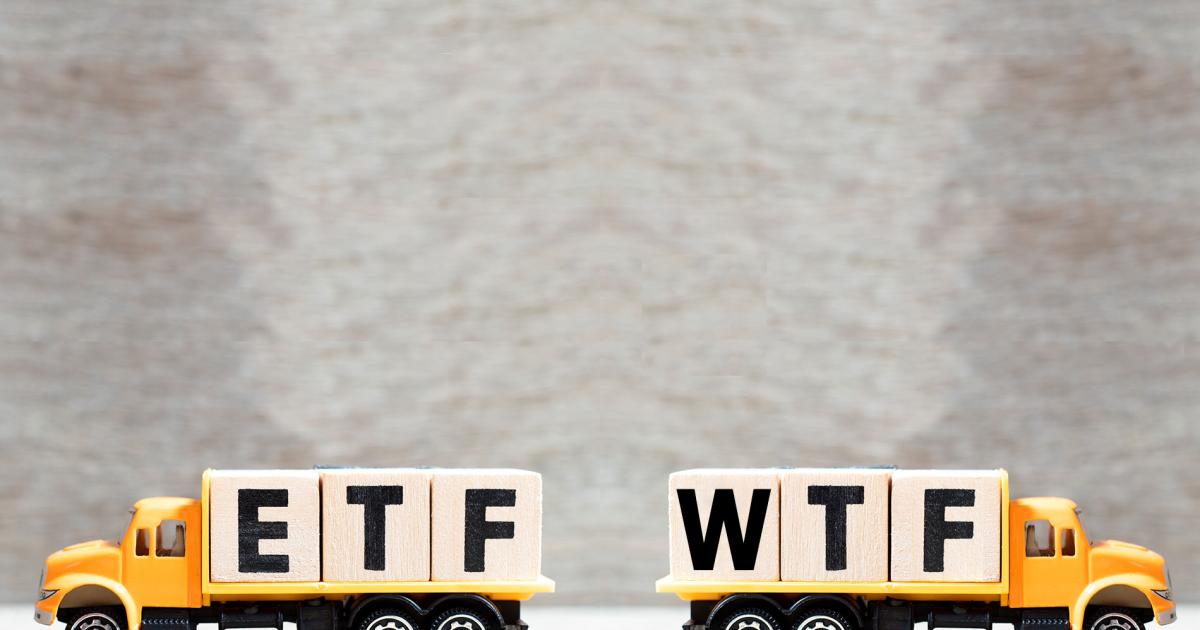 First, a refresher: A market index is a hypothetical portfolio of investment holdings that represents a segment of the financial market; think S&P 500, Nasdaq Composite or Dow Jones Industrial Average, a widely used trio of indices among myriad others.

An index fund is a mutual fund or exchange-traded fund (ETF) with a portfolio of holdings constructed to track a market index. They’re inexpensive, accessible, lucid and tend to outperform actively managed funds. Revered investor Warren Buffet recommends the approach to investors of all stripes.

Our modern economy has produced almost unimaginable wealth for some, but with a glaring footnote: carbon emissions and pollution aren’t priced in. Cheap, accessible means of building wealth through index products is, on its surface, awesome. But is the indexing approach in its current form a sustainable model for people and planet in the long-term?

Our modern economy has produced almost unimaginable wealth for some, but with a glaring footnote: carbon emissions and pollution aren’t priced in.

Last year saw a growing sentiment from NGOs, media and one highly covered ESG apostate that the ESG project is huge and terribly flawed. One huge number that stood out to me last month was from the broader world of index products outside the scope of ESG: Annual net inflows into ETFs surpassed $1 trillion for the first time, the majority of which track U.S. equity indices. Eleven trillion dollars is now invested in index-tracking funds, up from $2 trillion about a decade ago.

How can this enormous and passively managed pool of capital in indexed investments support the transition to a clean and just economy? Or are they, as the name implies, passive and, thus, an excuse for inaction?

A commitment to inertia

There are good reasons to be concerned about the ongoing growth in indexing. John C. Bogle, Vanguard founder and creator of the first index fund in 1976, may have felt the same. As he said, shortly before he died in 2019, “It seems only a matter of time until index funds cross the 50 percent mark … the ‘Big Three’ [BlackRock, State Street, Vanguard] might own 30 percent or more of the U.S. stock market. I do not believe that such concentration would serve the national interest.”

Today, nine in 10 companies on the S&P 500 have one of the Big Three as their single largest shareholder. Passive ownership through index products has served as a commitment to inertia, and inertia has gotten us to a Code Red for humanity.

As Peter McKillop, editor of Climate & Capital Media and former global head of communications for BlackRock’s iShares business, recently noted in reference to BlackRock’s $1.2 billion investment via index funds in coal giant Adani: “It means [fund managers, indexers and companies] can get away with incremental, mostly non-binding, shareholder activism while seeming to be responsible and concerned about issues like climate change.”

To address this, BlackRock last week responded to ever-increasing demands from customers for greater participation in proxy voting. It said it will begin enabling institutional investors in about 40 percent of the firm’s $4.8 trillion equity index assets to vote at shareholder meetings. Given the demonstrated inefficacy and continued embrace of divestment as a tool for change, this shift toward democratic participation is welcome news.

I like to celebrate any and all wins amidst the many frustrating losses. But how effective this approach will be in accelerating the transition to a clean and just economy is, as of yet, unclear.

The parable of passive management

The Net Zero Asset Managers Initiative (NZAMI), of which the Big Three and 217 other firms are signatories, is the largest coalition of asset managers working together to realize an investing industry aligned with net-zero emissions. But is bigger, in this case, better?

Perhaps not. A report this past winter from Universal Owner, “Missing the Target,” broke down how the targets set via the NZAMI are “unambitious and gameable” and, at best, put asset managers on a path to achieve 40 percent of the emissions reductions necessary by 2030.

As the report asserts, asset managers frequently claim they’re unable to screen or divest their holdings in fossil fuels firms as they are “locked” into index funds. Since an innate feature of indexing is to passively track the market, there is a real issue that asset managers –– including those with the biggest, boldest and most laudable climate commitments –– are unwittingly financing fossil fuels.

Economics, and finance under its epistemic umbrella, is a social science. But findings from the field’s inquiries are often presented as if they’ve emerged from natural science without consideration for context. Adam Smith, the “Father of Modern Economics,” penned, “It is not from the benevolence of the butcher … that we expect our dinner, but from their regard to their own interest.” (I suspect he wrote this while his mom made his dinner downstairs, no doubt benevolently.)

Making index funds sustainable is no easy feat, but it is entirely possible. The indices that the global markets track are created by private entities –– FTSE Russell, MSCI and S&P Global among them –– using their own proprietary methodologies for including or excluding firms.

According to “Missing the Target,” among the most common reasons that NZAMI asset managers have given for limited coverage of their climate targets is that they can reallocate the capital only within active funds. Universal Owner sees this as a myth invented to excuse inaction.

A key takeaway from “Missing the Target” was the assertion that, “It is incorrect to say that index funds are ‘passively’ managed.” Their management is, in truth, delegated to the index providers, who can alter the course of travel of these massive pools of capital. The boundaries that direct that course of travel aren’t set in stone.

ESG ratings have undergone serious scrutiny recently, and for good reason. In the index realm, the current wind in the sails has us on a perilous path. But, it by no means must remain so. The $11 trillion in index products doesn’t have its own agency, and we can’t afford any continued inactivism from the industry that manages the world’s wealth.

In this second year of the decisive decade for ESG and sustainability, I’m excited to see how ESG priorities and ambition are taken on by the major index providers, and how the industry takes responsibility for substantive change in the passively managed realm.