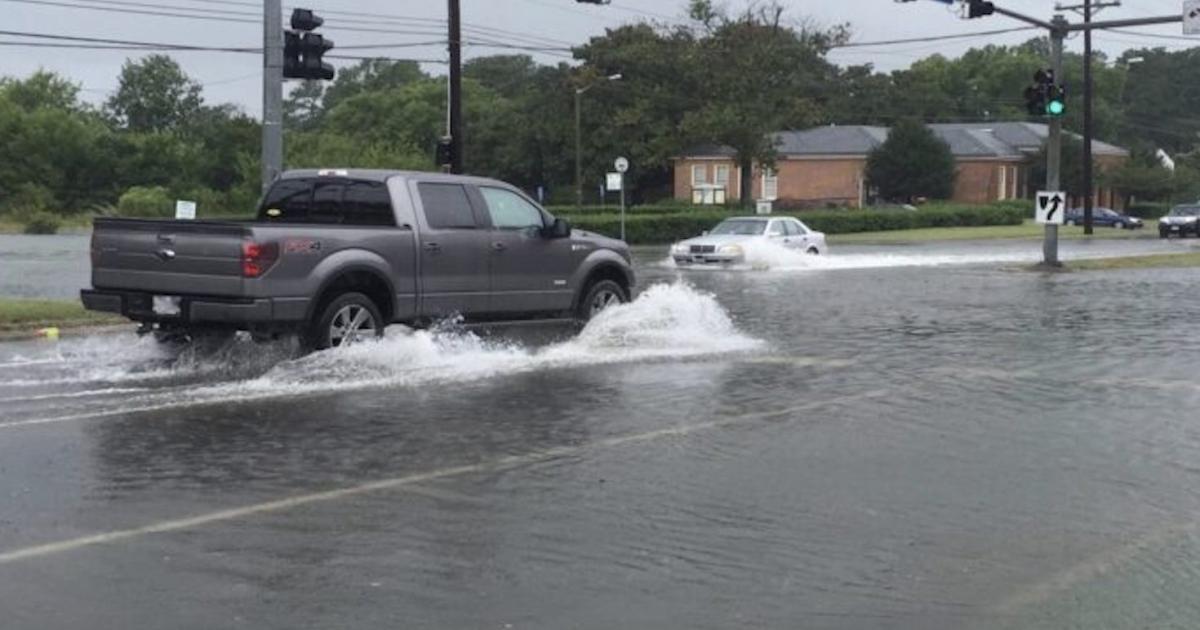 In 2021, we are no strangers to the throes of climate change, with examples including the ongoing drought in the Western United States and recent flooding in Germany and Belgium. Flooding, particularly on coasts, threatens families and communities.

In a recent study published in the academic journal Earth’s Future, researchers looked at the costs of coastal flooding through an equity lens, finding that flooding comes with both monetary and social risks, suggesting that many people who own or rent homes at risk from rising sea levels may not have enough money to pay for the associated damages.

“The impact of coastal flooding on communities hinges not only on the cost, but on the ability of households to pay for the damages,” the researchers write.

The study, which analyzed counties in the San Francisco Bay Area, projected flooding impacts from 2020 to 2060, determining that coastal flooding disproportionately impacts lower-income households. Climate change has already altered the risk of certain natural disasters, such as flooding, and is projected to worsen other hazards and potentially create future threats.

“The ramifications for the financial security of individual households and for the communities as a whole depend sensitively on the socioeconomic context,” the researchers write, emphasizing the social risk that comes with not being able to afford flooding damages.

That seems to hold true in the Bay Area: Using computer modeling, the researchers analyzed the risks associated with coastal flooding in the region, concluding that San Mateo County is particularly at risk — with a future financial burden possibly totaling as much as $835 million — due to the high number of flooded buildings and a low average household income.

Future financial instability, the researchers observe, also threatens homelessness for those who cannot afford to pay for flood damages. The study notes that about 9,871 households in the Bay Area could be pushed into financial instability between 2020 and 2060, as flooding becomes more common alongside rising global temperatures and sea levels.

While their “estimates are specific to the San Francisco Bay Area,” the researchers write, “our granular, household-level perspective is transferable to other urban centers and can help identify the specific challenges that different communities face and inform appropriate adaptation interventions.”

About 9,871 households in the Bay Area could be pushed into financial instability between 2020 and 2060 because of flooding

The researchers note that with continued greenhouse gas emissions, the severity of flooding may increase, which could manifest as larger coastal flooding damages in the mid-21st century — leaving a short, valuable runway of time to mitigate that risk. The study suggests that in order to mitigate flooding risk, researchers and practitioners may need to differentiate communities’ peril into two categories: monetary risk and social risk.

The researchers float potential ideas for change, including improvements to the National Flood Insurance program to better assist people facing monetary risk. Such an update could create a voucher program to help individuals pay for the damages to their homes, ideally shielding households from at least some future financial instability.

Sea walls, the study proposes, could strengthen coastal infrastructure, protecting buildings and the people that live within them.

However, the researchers note, these avenues alone may not amount to a fully equitable approach: While flood insurance, as an example, offers vital protection for some people, it’s not always affordable, even with public assistance. The study suggests that community action, when aided by county, state and federal action, could help to develop support plans for financially unstable households to prevent further social risk.

Ultimately, “instead of adopting a ‘one-size-fits-all’ approach that only targets monetary risk,” the researchers write, “we suggest co-producing a wider spectrum of adaptation strategies that is conscious of social risks and prioritizes community needs.”