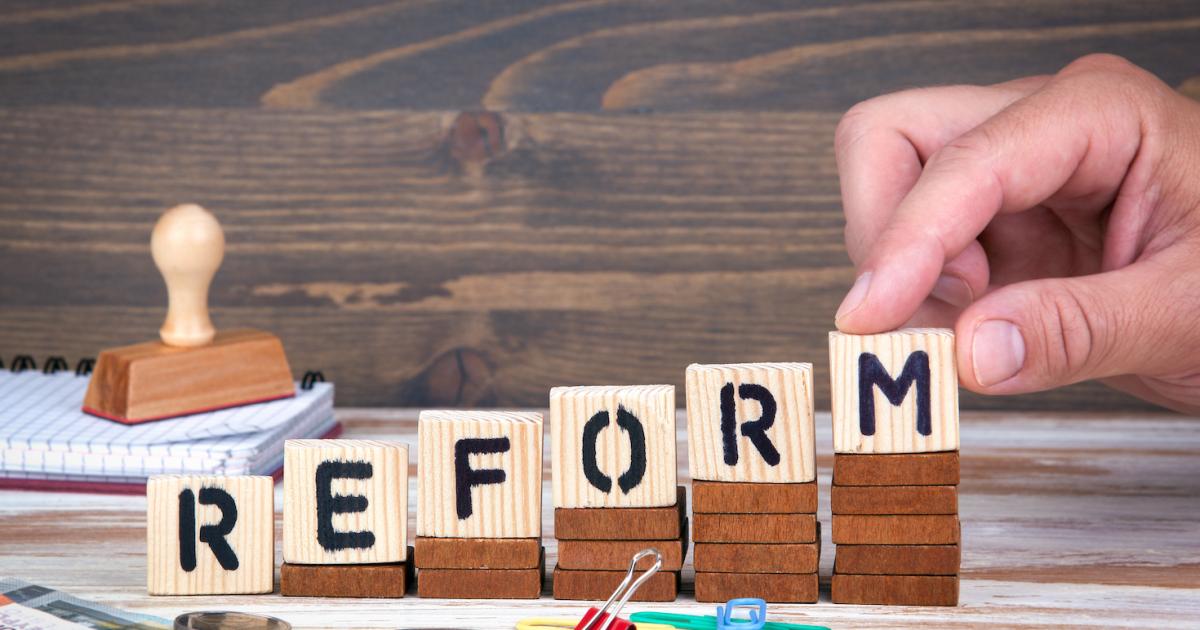 Sustainability in finance is not new. Responsible investing may date as far back as the 18th century Quakers or more recently the 1960s or 1970s in relation to the civil rights movement in the United States or the opposition to the apartheid government in South Africa. Around 2007, the term “impact investing” emerged.

While banks have achieved at least one success — putting the topic of sustainability on the universal agenda — true success is achieved once we are on course to reach the goals of the Paris Agreement. Private-sector action has its limits. Corporations operate within markets; markets have rules; rules create incentives; and current incentives are largely skewed towards the short term while our climate challenge is a long-term one. Only systemic reforms, by way of public policy and regulations, can integrate the long term into our economic short term and create the business case for the entire private sector to act in ways that fully serve the public interest.

COP 21 in 2015 led to the Paris Agreement, which serves as a global framework to avoid dangerous climate change. It mandated specific objectives to the financial sector. Notably, Article 2.1(c) establishes the goal of making “finance flows consistent with a pathway towards low greenhouse gas emissions and climate-resilient development.”

In 2015, amid growing concerns over climate-related financial risks, the G20 asked the Financial Stability Board to review how the financial sector can account for climate-related risk. This has resulted in the industry-led Task Force on Climate-related Financial Disclosures (TCFD). Its recommendations were submitted in 2017 and require defining strategies in line with long-term CO2 emission-reduction objectives.

To meet these objectives, banks joined forces at national and international levels to create a common approach to tackle climate change and enable the transition to the green economy. This led to the creation of the Net-Zero Banking Alliance (NZBA) launched in April 2021 by the United Nations Environment Programme Finance Initiative (UNEP FI), in which over 100 banks have committed to aligning the greenhouse gas emissions caused by their financing activities with the trajectory required for a carbon-neutral economy by 2050.

… to national and international regulations

Alongside corporate initiatives and collective action, burgeoning regulatory guidelines are imposing what a number of banks already have started to implement voluntarily. There have been several such developments in Europe, and France in particular, with similar trends around the world, from Asia Pacific to the Americas.

The European Commission set a carbon neutral goal by 2050 with interim targets. As part of the European Green Deal, the European Union (EU) set itself a binding target of achieving climate neutrality by 2050. As an intermediate step towards climate neutrality, the EU raised its 2030 climate ambition, committing to cutting emissions by at least 55 percent by 2030. The EU is also working on the revision of its climate, energy and transport-related legislation under the “Fit for 55 Package” to align current laws with the 2030 and 2050 ambitions.

To achieve these goals, the EU expects strong commitment from all stakeholders in contributing to its targets, including from large companies. This is also true for individual member states such as France, where one of the main objectives of the “Climate and Resilience Law,” promulgated in August, is to meet greenhouse gas emissions’ reduction targets in line with the EU legislation and the Paris Agreement.

Furthermore, the 2017 French law on “Corporate Duty of Care” places a due-diligence duty on large French companies, requiring them to publish an annual “vigilance plan.” Those plans must establish effective measures to identify risks and prevent severe impact on human rights and the environment resulting from the company’s own activities (for banks, this includes their financing and investment activities), and the activities of companies it controls directly or indirectly (subsidiaries as defined by French corporate law).

In case of noncompliance, a court can order the company to comply with its vigilance obligations. A company’s liability can also be assessed by the corporate duty of care law — for instance, if the company’s activities caused environmental damages. As a result, the number of related court litigated cases has been increasing over the recent years.

In this context, it may be worth noting that the banking supervisory authorities from EU member states, including France, have started to account for climate-related risks. In December, the French Financial Market Authority and France’s banking and insurance sectors’ supervisor recommended that banks and asset managers “increase the clarity and precision of their sectoral policies for oil and gas, inspired by the work carried out on coal, and report transparently and consistently on their fossil fuel exposures, including the entire value chain and the broadest possible scope of business, among others.”

While details may be convoluted, implementation slow and more global coordination needed, one thing is certain: Systemic reforms are underway in at least some corporate sectors and pockets of the world.

As Margaret Mead, anthropologist and recipient of the Planetary Citizen of the Year Award, once said: “Never doubt that a small group of thoughtful, committed citizens can change the world: Indeed, it’s the only thing that ever has.”

[For more news on green finance and ESG issues, subscribe to our free GreenFin Weekly newsletter.]