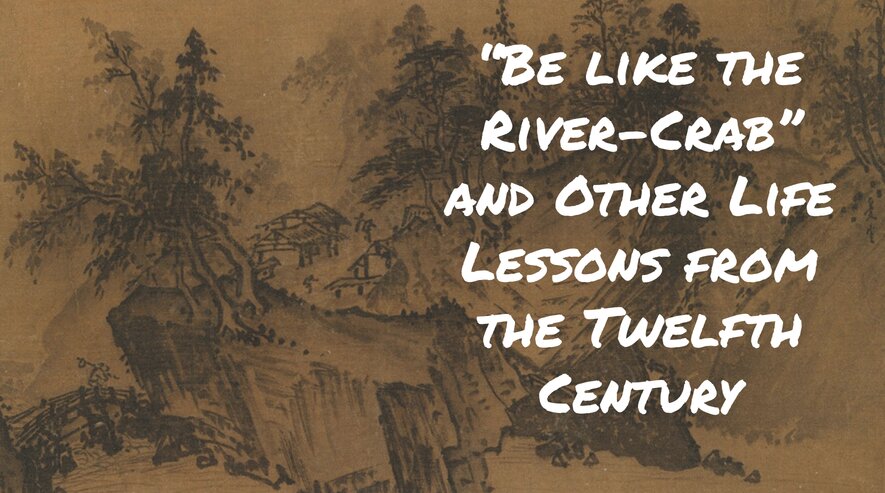 On a collection of short tips, pointers and ways of thinking about life by a former schoolteacher at the imperial palace of the Song dynasty (960–1279).

How best to train your future king? Throughout most periods of Chinese history, the education of the heir apparent was seen as an extremely serious matter. By medieval times, history was already strewn with cautionary tales of lazy rulers who had let corrupt ministers do the ruling, or frittered away the contents of the state coffers on personal indulgences, or directed state resources towards egoistic and ill-advised policies. Any of these could weaken the dynasty and ultimately lead to its destruction. Thus, the education of a young prince was seen as a pre-emptive measure, a way to safeguard the future of the empire. Unsurprisingly, then, the scholar selected as tutor to the crown prince held one of the most esteemed positions the official bureaucracy had to offer.

A palace tutor was charged not just with basic education and topics which aimed to prepare his student to rule—morality, statecraft, history—but also with keeping an eye on his abilities. After all, most Chinese dynasties did not follow a strict system of primogeniture; there were typically several alternative sons who stood by to replace the designated heir were he to show a lack of aptitude in the classroom.

However, besides those select few sons with a realistic chance of succeeding their father, the palace complex was also filled with dozens of other girls and boys born of lower-ranking concubines in the vast imperial harem. Most of these children lived with their mothers until they were old enough to leave, and they too needed an education. Naturally, the instruction of this group was a much less prestigious task.

One man who occupied such a role during the Southern Song period (1127–1279) was Cui Dunli (崔敦禮), who was born sometime before 1139 and lived until 1181. Over the course of his career, he held a number of schoolmaster positions before eventually serving in the educational institutions attached to the palace complex, where he instructed young royals of different ages.

After taking his retirement, Cui built a hut in the mountains by Liyang, between today’s Nanjing and Shanghai. Here, he settled down and composed the collection of short tips, pointers and ways of thinking about life that we shall hear from today. Many of these take the form of short fables and allegories, and the overall collection abounds with observations from the animal kingdom and natural world. Judging by the way the intended meaning behind every analogy is spelled out for the reader’s benefit, the collection might be aimed at younger learners rather than adults. At least, the work does seem to draw upon its author’s years of teaching experience. I have translated a selection below.

The wren is artful, but by that very token he is always getting himself into risky predicaments. Meanwhile, the turtle-dove is stupid, yet in being so she can get on with her life in peace. However, when a wren is not quite as clever as his peers, he can sidestep the perils they are wont to encounter. An unusually articulate turtle-dove, on the other hand, might lose out on some of the peace enjoyed by the others. In this regard, for the quick-witted it is not desirable to have too much smarts, while the dull-witted had best not be lukewarm in this particular quality. People who are smart, but not too smart, tend not to trust in their own abilities enough to subvert the rules and thereby keep danger at arms’ length. But those who are stupid, but not too stupid, end up in situations in which they possess little capability yet have to force out some semblance of capability, or are given tasks at which they are ill-suited and end up making a forced attempt at the job. Not knowing the right course of action, they can only make it by through sheer guesswork. Thus, while second-rate smarts can allow one to sidestep misadventure, an idiot of the second class can wave goodbye to peace and quiet.

At the beginning of their lives, the river-crabs dwell in burrows in the bogland beside the Yangtze River. But as Fall turns to Winter, they burst out en masse, pivot towards the sea and scurry like mad in that direction. The local fisherfolk weave shrubs together into a fence in an attempt to keep the crabs in situ, yet they wriggle on through and keep on their way, not stopping until they reach the Yangtze or the sea. Here, the bogland stands for untruths while the Yangtze and the sea are the Great Path of Learning. To be sure, humans share the river-crabs’ resentment for the boglands and the fixation on the seas. Yet people with the sheer doggedness of the river-crabs, who permit no false interpretations to slow them down nor a single heterodox theory stand in their way, and instead break straight on past them through to the sea, are very few indeed.

When the cuttlefish by the seaside head out on a trip, they spew ink to conceal their movements and think themselves very clever indeed. But were it not for their inkclouds, the fisherfolk would have no idea where to cast their nets. In this way, the elaborate ploys we set up in order to evade misfortune only guide misfortune to our doorstep, as the trickery we use to prevent chaos is drawn from chaos’ own playbook. Where a door is secured with lock and bolt, there will visit thieves. Where there is power, contenders will arise. When the armor is thick, the swords will be sharper, and where the city walls make a full circle, there will appear battering rams and siege ladders. Cleverness cannot outsmart brutality, just as courage cannot repel violence. Clarifications will not dispel slander and sheer daring cannot provide the means to dodge trouble.

Earless Fish and the Rabbit-String Vines

Dr. Elizabeth Smithrosser holds a PhD in Chinese history from the University of Oxford. She is currently a Fellow at the International Institute for Asian Studies, Leiden. Click here to see her Institute page.