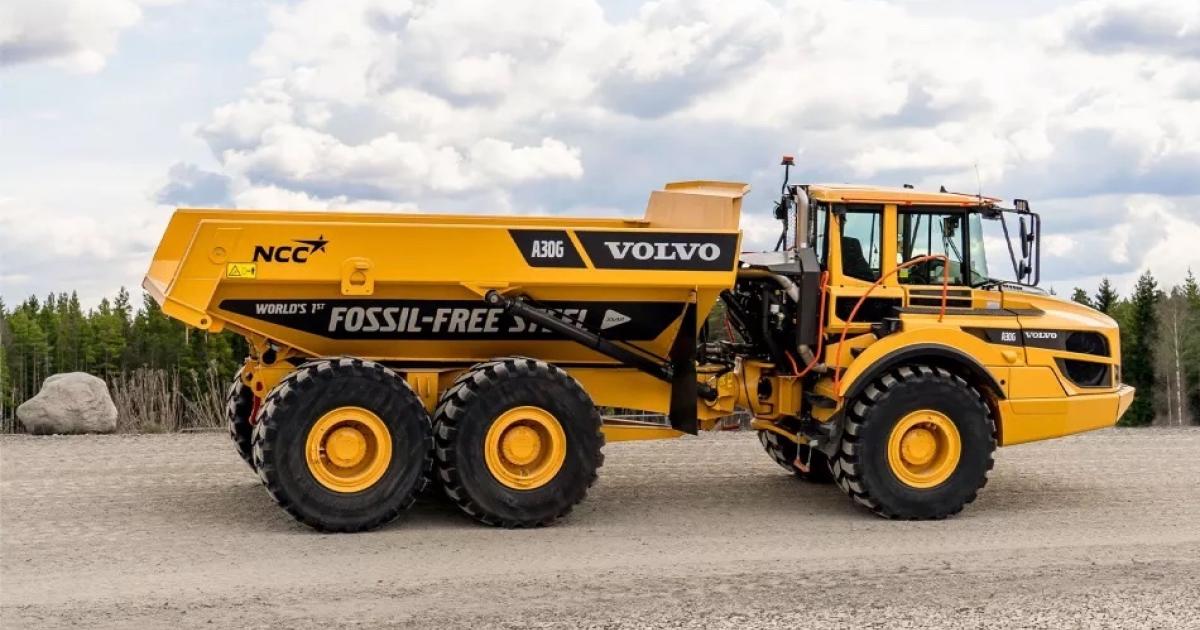 I will be honest, I am a huge science fiction nerd, especially when it comes to watching movies depicting what the future might look like. So I hope you will indulge me for a moment. Imagine our planet Earth in the future, as depicted in a science fiction film. Let’s pick the year 2050 for fun and for no particular reason.

As is almost always the case with a futuristic science fiction movie, unless it is some dystopian film, that future is portrayed as clean and sustainable. As I sit here and rewind the long list of movies that I have personally seen, I recall endless scenes with bustling green cities, dazzling electric vehicles and windmills or solar energy in the background generating clean energy to power society’s cool gadgets. Even with movies that may not explicitly show the obvious, the image they strive to portray is one that many individuals, organizations and companies in the sustainability community are working towards: A world powered by sustainable energy.

It is this love for science fiction, sustainability and technology that got me excited, and unquestionably curious, when I heard that Volvo Construction Equipment (CE), a part of Volvo Group, delivered the first “fossil-free” vehicle, an A30G articulated hauler, to customer NCC last week. Volvo’s fossil-free claim applies solely to the steel for this vehicle. The hauler delivered during last week’s event runs on a traditional internal combustion engine.

An articulated hauler, also known as a dump hauler, articulated dump truck or a rock truck, is designed to move large quantities of heavy material around a job site, often used in rough terrain and on roads. The market for these vehicles is huge, with estimates around $6 billion in 2022 and forecast to grow to more than $10.9 billion by 2032.

In attendance at the handover event — hosted by LeadIt, the Leadership Group for Industry Transition, in conjunction with the United Nations environmental meeting Stockholm +50 — were climate dignitary John Kerry and Sweden’s climate minister, Annika Strandhäll.

The iron and steel industry today accounts for 11 percent of global CO2 emissions, much of it earmarked for automotive applications: Of the 1.87 million tons of steel produced worldwide in 2020, 16 percent was allocated to the transport sector. With forecasts showing steel production set to grow globally by 33 percent by 2050 and 70 percent of a truck’s weight coming from steel and cast iron, it is clear that decarbonizing steel production is a must to achieve net-zero emissions and remain below a 1.5 degrees Celsius temperature increase.

This is actually the second Volvo model to use fossil-free steel. Roughly nine months ago, Volvo Group unveiled the world’s first “fossil-free” machine, a concept all-electric and autonomous load carrier for use in mining and quarrying. The concept vehicle came about through a partnership with SSAB, a specialized steel maker that aims to start supplying the market with “fossil-free” steel on a commercial scale in 2026.

Volvo CE is committed to net-zero greenhouse gas emissions by 2040 as part of its science-based target commitment. It recently opened up reservations for an expanded North American lineup of commercial electric construction vehicles.

To further scratch my science fiction itch and find out more about the company’s ambition, I sat down with Volvo Group Chief Technology Officer Lars Stenqvist to better understand what it means to be “fossil-free” and where the industry is heading. The following represents just a portion of that interview, edited for length and clarity.

Vartan Badalian: Roughly nine months ago, Volvo Group, in collaboration with SSAB, unveiled a concept vehicle — what you called the world’s first entirely “fossil-free” machine, a load carrier for use in mining and quarrying. Now you have released and actually delivered A30G, a “fossil-free” articulated hauler.  Simply put, what do you mean by “fossil-free”? In the simplest terms, could you please define “fossil-free” and also clarify how the vehicle is powered, all-electric, hydrogen fuel cell, etc.?

Lars Stenqvist: We are working together in a partnership with a Swedish steel manufacturer, SSAB, and SSAB is then part of a coalition called HYBRIT, together with LKAB and Vattenfall. They have developed, together, a unique process for producing steel, meaning that in the process of producing steel, they are using hydrogen instead of coal or coking coal. So we are proud to be the first customer of SSAB to be able to then use their fossil-free steel.

We decided early on … that if we start now, and the volumes are low, then we will send a clear signal to SSAB and other steel manufacturers that there is a demand out there and this is the right direction to go. So when we showed the first vehicle in October, we decided to build a fully electric, fully autonomous hauler for mining and quarries. This time, we decided to go for a bigger vehicle, and one with a combustion engine. It is not an electric vehicle, it is not a combustion engine running on hydrogen. It is a vehicle running on an internal combustion engine, and that is a very clear statement from us as a company. The statement is that the combustion engine is also a part of our future roadmap when it comes to zero emissions and decarbonization of infrastructure solutions and road transport. Because we believe that the majority of the vehicles will be electric, battery-electric or fuel cell based on hydrogen, however, we also believe we have certain applications where the sweet spot for the long term will be combustion engines but then running on renewable fuels.

Badalian: When you mention the manufacturing process is using hydrogen, I imagine you mean green hydrogen?

Stenqvist: When we are speaking about hydrogen, our preference is always green hydrogen, but you also come into discussions, and maybe we will have a situation going forward where there will be blue and green, but blue needs to be coupled with carbon capture. However, of course, our preference is green. [Editor’s note: According to SSAB, the hydrogen used in the HYBRIT pilot project is sourced from a portion of the Swedish grid powered mainly by hydropower and wind.]

Badalian: What does this moment now mean to Volvo Group and the industry overall, as you deliver the first machine to an actual customer made from entirely “fossil-free” steel? Specifically, what is the decarbonization impact of this announcement for net-zero by 2050?

Stenqvist: From 2040 onwards, we have stated clearly only fossil-free solutions out of the Volvo Group. That means that a company that has been relying on fossil-based fuels and fossil-based materials for 100 years now has 18 years to make that transition. It is rather an ambitious journey, but we are convinced we can manage.

The majority of our footprint comes from Scope 3, meaning products in use, meaning tailpipe emissions, and we are working extremely hard to reduce and take away the carbon out of the emissions. We will use battery electric vehicles, fuel cell vehicles and combustion engines running on renewable fuels. But when we did this roadmap, it became very clear to us that we cannot be trustworthy if we still have a carbon footprint in the manufacturing of the vehicles themselves.

The most important thing in this discussion of cost is that we are convinced in the long run, there won’t be a cost disadvantage when it comes to fossil-free steel, and there really is no alternative going forward.

That means we also have the same ambition for the manufacturing footprint, for 2040 … For a commercial truck, 70 percent of the weight is steel and cast iron, so it is rather clear where to start this journey. Then we got this relationship with SSAB and started this journey, and now we are taking further steps in other areas like aluminum …

2040 is not far away, and we are now starting to work on new concepts for a new excavator, truck and bus. It is definitely time to specify the components we will use in vehicles so they fulfill the highest standards in decarbonization.

Badalian: It is truly impressive to see Volvo Group go from concept to commercialization of a product in just nine months in what may potentially be one of the fastest journeys for any new automotive industry innovation, and a “fossil-free” machine is one huge innovation. Please walk me through how this process unfolded and what needed to happen to get this ball rolling so quickly?

Stenqvist: The most important was the job that was done together between SSAB and Volvo Group to verify the quality of the steel. To make it a little simpler, we can now say, steel is steel, whether produced fossil-based or fossil-free. That means that after we completed our verifications, we validated that we could utilize fossil-free steel in the same manufacturing process as fossil-based steel, and that is the reason we have been so speedy.

Badalian: Is there a price premium for a vehicle that uses the “fossil-fuel” free steel? What is it? When will there be price parity?

Stenqvist: Since we are in the early days now and talking about low-volume production, really pilot production coming out of SSAB, it is obvious as with all technologies, that these first tons of production are expensive. But, when we are talking about the early production and specific customers, then it is no problem at all, as everyone understands we need to invest early on in a journey. The most important thing in this discussion of cost is that we are convinced in the long run, there won’t be a cost disadvantage when it comes to fossil-free steel, and there really is no alternative going forward. The comparison going forward will be from different manufacturers of fossil-free steel. On price parity, I have no reason to believe from what I see and learn that it will not be possible to produce fossil-free steel on par with fossil-based steel, and I’m rather convinced that we will also be helped in different parts of the world because there will be more and more pressure on price on carbon, and price on carbon will, of course, offset that equation, meaning the tipping point will come earlier.

Badalian: Where is Volvo Group planning to go from here? Can we expect to see this level of innovation and a “fossil-free” line-up of vehicles across all vehicle segments in the future for Volvo Group? Is there a set timeframe?