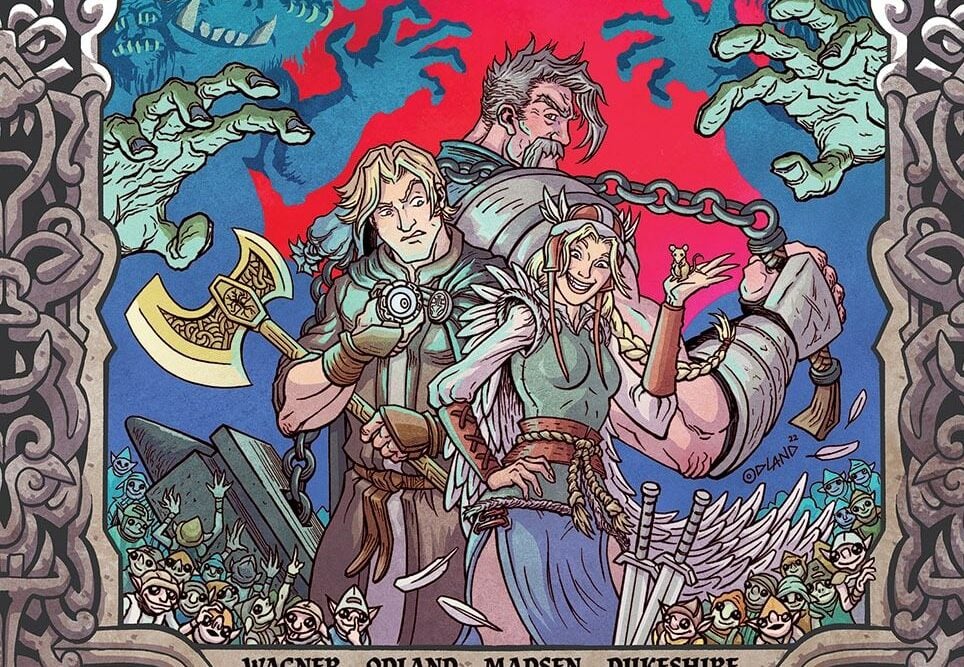 Fans of all things Norse will get the chance to read a tale of Vikings, trolls, frost giants, and Valkyries, as Image Comics releases Beware the Eye of Odin in June. This four-issue miniseries is from writer Doug Wagner with artist Tim Odland and colorist Michelle Madsen.

Beware the Eye of Odin follows a Viking prince who, when he discovers the Eye of Odin, must embark on a harrowing quest to return it to its rightful owner—or face a death of boils and decay. By his side are a one-armed warrior past his prime and a female warrior convinced she’s a Valkyrie. Monstrous mayhem ensues.

“I can’t wait for people to see this book,” said Wagner. “This whole thing started with Tim and I sitting at a Taco Bell trying to come up with something for he and I to work on together”He spouted out he’d like to do something with Vikings and monsters (Tim is actually descended from real life Vikings by the way). I was like, ‘I’m in, but only if we get to put our own spin on all those Norse monsters, creatures, and especially dwarves. I want my crack at dwarves.’ We didn’t leave Taco Bell for four hours after that.”

Odland adds, “This was a lot of fun for me! It was the perfect opportunity to revel in the world of Norse Mythology and pay tribute to those Ray Harryhausen adventures that I love so much.”

Beware the Eye of Odin #1 (Diamond Code APR220066) will be available at comic book shops on Wednesday, June 22. It will also be available as a digital download. Please visit Image Comics for more details.