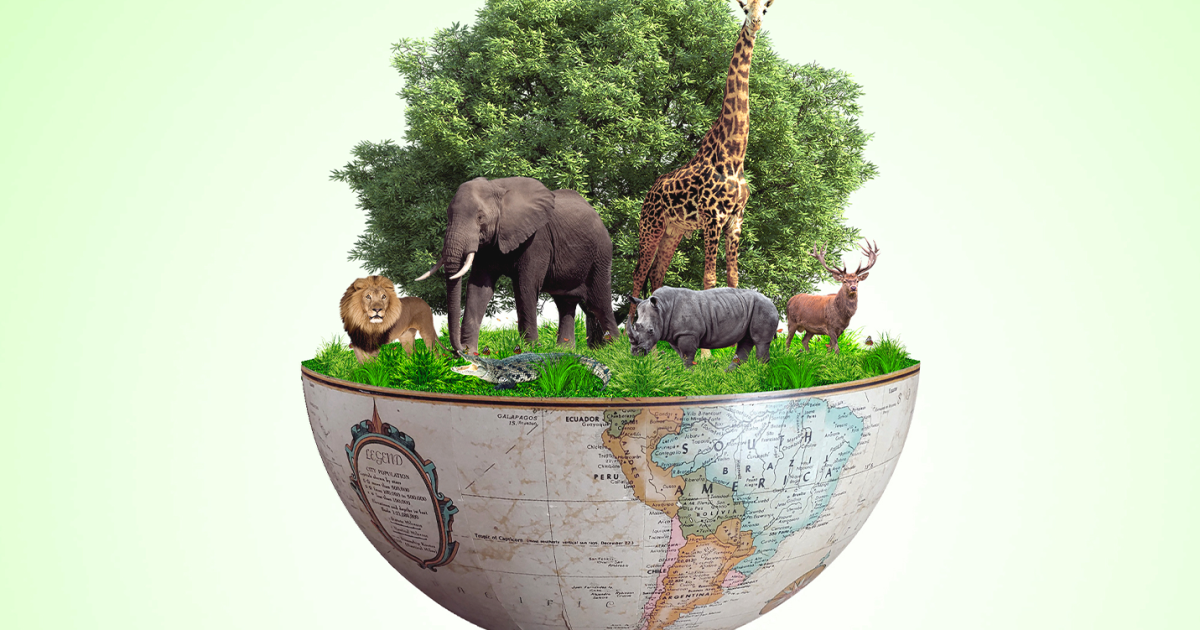 Adapted from the 2022 “State of Green Business,” published earlier this month by GreenBiz Group. Download the report here.

Net-zero commitments exploded last year, with the number of companies making them doubling. Race to Zero, part of the U.N. Framework Convention on Climate Change, estimated that net-zero commitments covered about 68 percent of the global economy in 2021, compared to just 16 percent in 2019, a more than fourfold increase.

While there are still concerns over the nature of some net-zero commitments, to effectively address the climate crisis, carbon reduction targets need to go hand in hand with biodiversity goals, which are far less common in the corporate world. While there is no exact number for biodiversity pledges, it’s likely far, far lower.

This sphere of environmental work can refer to many different things, including land preservation, restoration and conservation; regenerative agriculture techniques, and decreased air and water pollution, all integrated with the preservation of critters and plants great and small.

Companies are waking up to the fact that their operations and supply chains are heavily dependent on the natural environment. In fact, $44 trillion of the global GDP, about half of all economic activity, at least moderately relies on nature. This puts a broad range of sectors at risk, such as tourism and agriculture, but also everything from pharmaceuticals to textiles to construction. Within the next few decades, a million species, many of which have current or potential benefits to supply chains and product innovation, are threatened with extinction.

The first movers in biodiversity have been businesses most at risk from nature loss. Agriculture companies such as Danone and General Mills have invested in regenerative farming programs, partnering with farmers and ranchers to restore soils and pollinator habitats. Natura, the Brazilian beauty products company that sources many of its ingredients from the Amazon, has focused on rainforest protection and nature restoration to ensure the sustainability and longevity of its supply chains.

Deforestation is one of the biggest threats to biodiversity as old-growth forests, rich in animal and plant species, are cleared for agriculture and ranching. The rate of deforestation has decreased over the past five years but remains at 10 million hectares — nearly 39,000 square miles, an area roughly the size of Virginia or South Korea — per year, according to the U.N. 2020 State of the World’s Forests report. Beyond deforestation, other threats to biodiversity include increased urbanization, turning wild spaces into agricultural land, invasive species, increased pollution, overharvesting or water overuse and climate change crises like drought.

The past year saw concerted efforts to stop the destruction. One of the more celebrated outcomes of COP26 was a commitment to stop forest loss and land degradation that was signed by more than 100 countries, including Brazil, China, Russia and the United States, as well as by 30 global financial institutions, which pledged to stop investing in companies responsible for deforestation.

The relationship between biodiversity and climate change

Biodiversity is tightly linked to climate issues, and solving one can’t be done without addressing the others. Climate change destroys biodiversity in many parts of the world, but investing in nature could offer 30 percent of the carbon dioxide reductions needed by 2030, according to research by The Nature Conservancy and 15 other institutions.

Increasingly, companies are stepping up. For example, Apple last year invested in protecting 110,000 acres of mangrove forests. This conservation project will protect 31 species of mangroves, an efficient carbon sequestration ecosystem, enabling them to remove more carbon from the atmosphere. Other projects, such as planting cover crops, which are those not for harvest but to protect the soil from erosion and improve its health, as well as planting trees on agricultural land and conserving forests, can similarly benefit biodiversity and sequester carbon.

“I think we’re going to see a much closer integration of biodiversity loss and climate change coming together in company commitments,” says Lucy Coast, communications director at Business for Nature, a nonprofit group bringing together corporations and conservation organizations. “Companies are recognizing that they need to, as part of a net-zero commitment, also think about biodiversity.”

Funding is one barrier. Only 14 percent of funding for nature-based solutions is provided by the private sector, and it has traditionally been thought of as philanthropic work. Getting the business community to focus on nature the way it has invested in net zero goals could be the turning point. It could be doubly helpful if companies invest in nature-based solutions that draw down carbon while also increasing biodiversity.

For example, Suzano, a Brazil-based papermaker, is one of the leading corporate voices on deforestation. It has restored 30,000 hectares (about 74,000 acres) since 2012 and preserved over 900,000 hectares (about 2.2 million acres) in the Amazon, Cerrado and Atlantic forest biomes. Meanwhile, it is keeping records of 2,700 plant, bird and mammalian species as part of its overarching goal to connect a half million hectares of priority biodiversity conservation corridors by 2030.

A rocky road ahead

But corporate biodiversity plans could face challenges akin to net-zero commitments. Biodiversity doesn’t have a clean, quantifiable and buzzy number to work towards. It is project-based and harder to measure. It will be more difficult to create a market for buying and selling natural assets than creating a carbon market, and businesses will have a hard time putting a monetary value on nature within their operations. Biodiversity can also be unfamiliar terrain for a company whose value chain is not closely connected to nature.

“For some companies, biodiversity is not part of their business,“ says Leticia Kawanami, global sustainability manager at Suzano. “They don’t necessarily have nature close to their operations. These companies are investing in projects outside of the scope of their operations and thus rely on other institutions for the expertise and development of the project.”

And then there are the standards. If net zero is the Wild West when it comes to credible verifications, biodiversity is more like a barren undeveloped tundra, with standards few and far between. But that could change. The Taskforce on Naturerelated Financial Disclosures announced in September that it will spend two years working on a framework for risk management and financial disclosure with the goal of shifting money away from nature-degrading operations. Corporate members of the initiative include Bank of America, BlackRock, BNP Paribas, AB InBev, Natura, Nestle, Suzano and 23 others that will work together to define nature-related risks, identify data sources and work to develop metrics. This potential standard will be welcome guidance and should help companies identify opportunities to reduce their biodiversity impacts.

BNP Paribas — the international banking group includes natural capital risk as part of its investment decisions and, along with AXA, Sycomore and Mirova, is developing a pioneering tool for measuring investment impact on biodiversity.

General Mills — the large packaged food company is also working deeply on regenerative agriculture pilots with its farmers with the goal of moving at least 1 million acres of land by 2030 to these more sustainable methods.

HSBC — the bank partnered with Pollination, a climate-asset management group, to launch the first large-scale investment fund, aiming for $1 billion solely for nature conservation and restoration.

Suzano — the Brazilian paper and pulp company uses only sustainably grown wood from eucalyptus plantations and has a strict zero-deforestation policy.

Taskforce on Nature-related Financial Disclosures — is working on a new framework for moving investments away from nature-negative outcomes, expected in 2023.