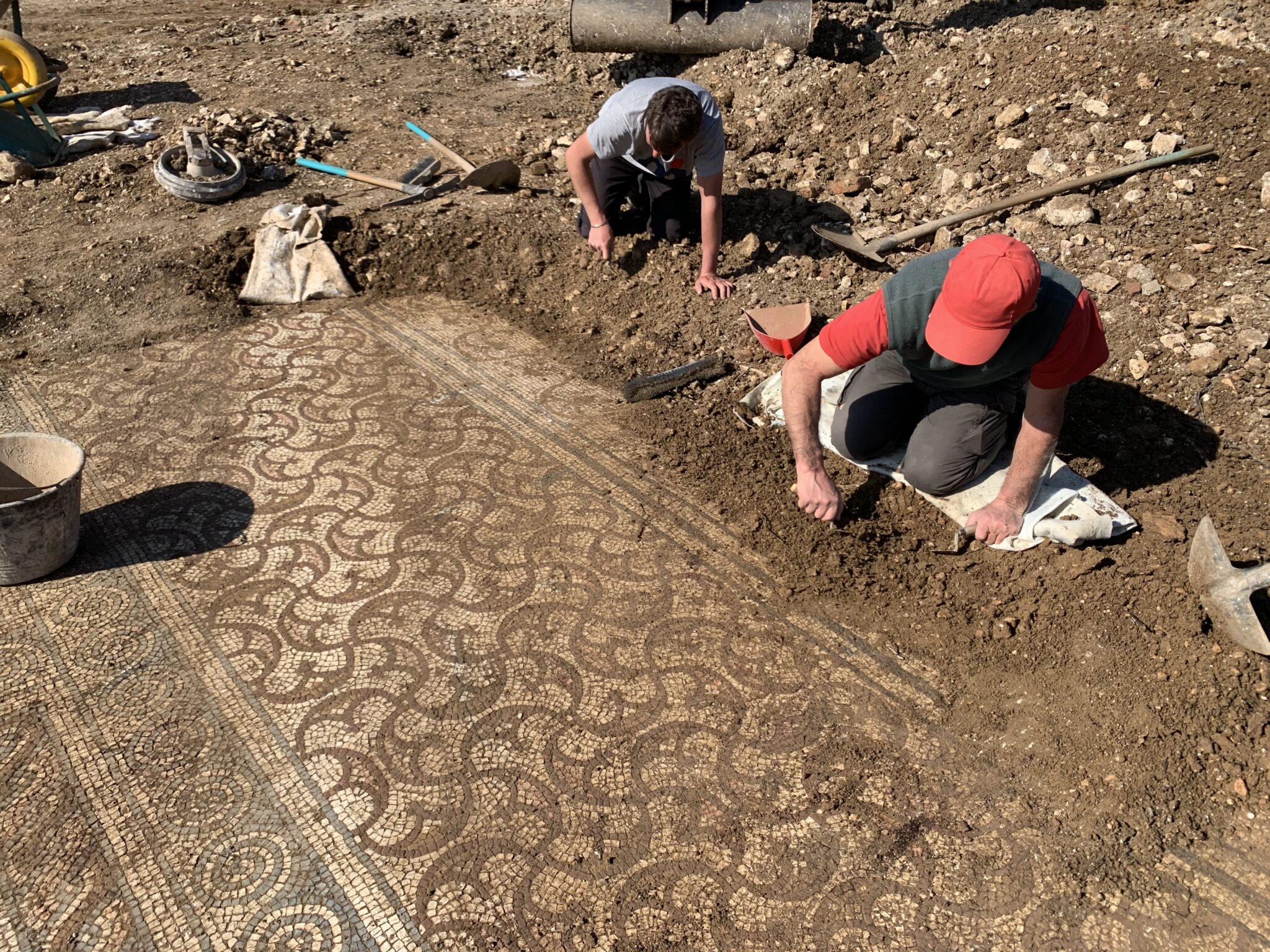 Excavations at a 3rd-4th century Roman country villa in the town of Negrar di Valpolicella near Verona have unearthed new mosaics. Long stretches of geometric, wave, flora and semi-circular designs were discovered underneath a working vineyard in 2020 and the find got sensational press, allowing archaeologists to secure funding and support to expand the excavation area to neighboring properties.

The newly-discovered mosaics were found on the western side of the courtyard of the villa’s large rectangular peristyle garden. The courtyard was huge, more than 4,000 square feet in area, so the peristyle colonnade that surrounded it provided a large amount of floor space to cover with mosaics of animals, fruit, braids, florals and geometric motifs.

Like all Roman rustic estates, the villa had a residential section and an agricultural production/processing section, but so far only the residential areas have been explored. The first mosaics from a large country villa were discovered in Negrar in 1887. The excavation unearthed another three mosaics that were purchased by the city of Verona. The accidental discovery of a mosaic fragment during agricultural work in 1922 spurred another archaeological excavation that brought to light additional mosaic floors, and one more room with mosaic flooring was added to the tally in 1975, so many that the estate was dubbed the Villa of the Mosaics.

In 2019, excavations resumed on the Benedetti vineyard for the first time in decades. The mosaic floors found in 2020 were part of this project. The pandemic put a wrench in the works for a while, but archaeologists returned to the site in January of this year to excavate the Franchini Agricultural Society’s property adjacent to the Benedetti farm.

Excavations are ongoing (as long as funding permits). The ultimate aim is to cover the mosaics with clear plexiglass and make the site an open-air archaeological park with the cooperation of the agricultural concerns that own the land.