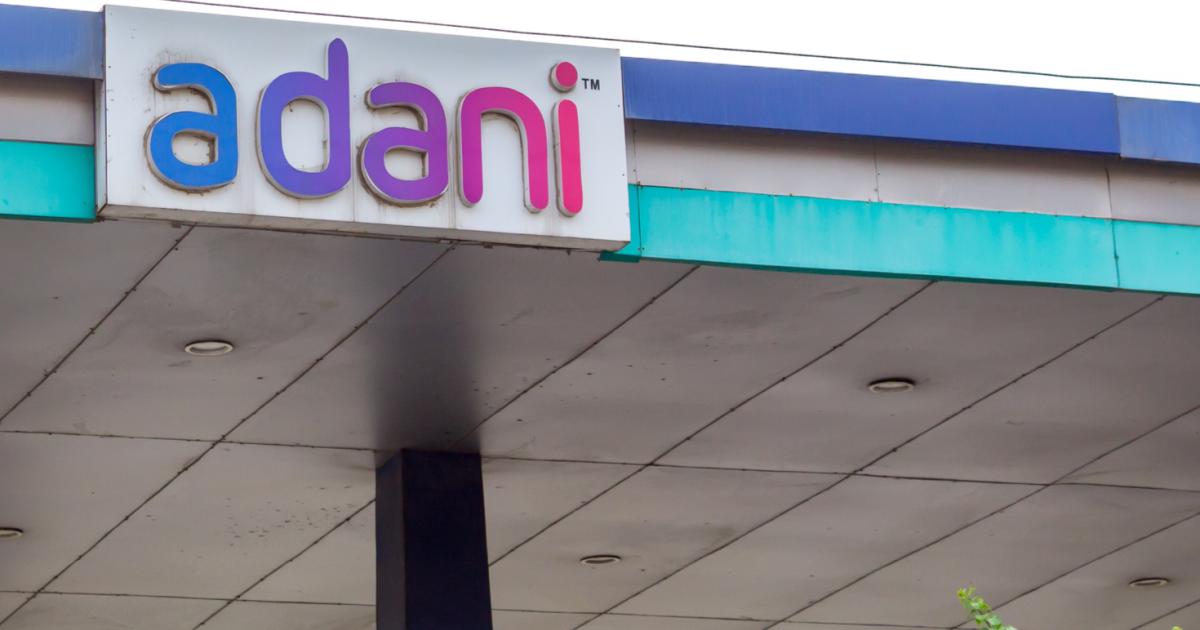 Note: A version of this story first ran as an IEEFA report.

BlackRock CEO Larry Fink has made it clear he believes a sustainable finance “revolution” is underfoot. In the past year, Fink and BlackRock have repeatedly stated both the imperative for climate finance action and the trillion-dollar investment opportunities emerging.

The world’s largest asset manager has stepped up on engagement, public transparency, investor education and investing in zero emissions new industry opportunities, and pushed for comparable global climate risk disclosures (albeit voluntary) such as the Task Force on Climate-Related Financial Disclosure (TCFD).

And while the company staunchly insists that divestment policies are a last resort, it has started to divest from coal projects. The company is part of the 186 globally significant financial institutions with formal coal divestment policies, and by the end of the year, BlackRock is expected to release its interim target goal as part of its commitment to reach net zero by 2050.

Fink, along with Mark Carney, U.N. special envoy for climate action and finance, has also championed increasing climate investment by the U.N. Global Finance Alliance for Net Zero (GFANZ) to $130 trillion, almost double the total of just six months ago. It was one of the major milestones of COP26.

All this sounds like a lot of progress. And in many ways it is. So why is BlackRock risking all this climate goodwill by continuing to hold investments in one of the world’s largest fossil fuel polluters, India’s private power giant, Adani? While family-owned Adani is rapidly developing its renewable energy arm, the group continues to be one of the biggest global developers of new coal and gas projects.

BlackRock’s estimated cumulative exposure to the Adani Group is over $1.2 billion in debt and equity, according to our calculations (see chart). It has large investments in Adani Power, which is 100 percent coal power, two Adani port interests that are international fossil fuel export hubs, and Adani Total Gas. It also invests in Adani Green Energy, the company’s wind and solar energy arm.

The Indian conglomerate’s carbon footprint is massive and growing, which makes BlackRock’s investments even more perplexing. Adani is possibly the largest single private developer of new coal projects globally with 110 million metric tonnes per annum of new Indian coal mine capacity under development and 9GW of new coal power plants.

How many Blackrock investors know this? Are they OK, for example, with BlackRock investing in Adani Ports, the largest coal and LNG import infrastructure provider in India? Or that Adani Ports, along with Adani Enterprises, has regularly invested in the controversial Carmichael coal mine-to-port project in Australia?

In addition to importing LNG, Adani is also developing ambitious gas reticulation, or gas pipe and distribution systems, to distribute the gas to consumers in India.

Most egregious is Adani’s plan to use part of the coal it mines and exports from Carmichael to fuel a $4 billion coal-to-PVC plant that will not only consume 3.1 million tons of imported coal annually but will produce 2 million tons of plastic each year.

That project is not only unbankable but has severely tarnished Adani’s image internationally and in Australia, where it is seen by many as a climate-threatening “folly.” The project is also close to a decade behind schedule and continues to face major ongoing objections from traditional Indigenous landowners.

One would have thought BlackRock had learned its lesson over the costs associated with taking such risky bets on fossil fuels. Two years ago our Institute for Energy Economics and Financial Analysis (IEEFA) wrote about the financial costs of climate inaction for BlackRock’s investors in the wake of devastating wealth destruction at GE and Exxon.

Real climate leadership requires BlackRock and other investors to call out and possibly divest from global laggards at the company group level, not just at a subsidiary level.

Fink should also know that investing in fossil fuels is a major wealth — not to mention ESG — hazard. Momentum is shifting away from fossil fuel development. Notwithstanding the massive post-COVID fossil fuel inflation evident in 2021, an event that is likely to accelerate investment in low volatility, domestic and cheaper zero-emissions energy, the financial and climate risk of investing in fossil fuel assets grows daily.

A key trigger was the International Energy Agency’s (IEA) profound pivot earlier this year when it said that to get to net zero emissions by 2050 means the world can’t afford any new oil, gas or coal developments.

It has also been helped by the escalating global climate policy leadership of China, Japan and South Korea in the last 12 months. They have strengthened the EU’s sustained net zero conviction and its moves towards a fossil-free transition.

In October, for example, the Bank of China surprised all when it announced it would stop exporting coal plants abroad, sounding a death knell for new coal power, following the exits of Japan and Korea. China’s historic support for coal-fired power projects in developing countries is history and the greening of the Belt and Road Initiative has begun.

All of this has been elevated by the return of the U.S. to the Paris Agreement under President Joe Biden, who is driving ambitious interim 2030 carbon targets. These were recently reinforced by the China-U.S. Joint Declaration where both countries agreed to increase cooperation to manage the carbon transition.

The groundswell to align with the IEA policy shows no sign of slowing down, what with new leadership initiatives from the likes of the European Investment Bank. When the new Asian Development Bank (ADB) climate policy was watered down to leave its gas policy ambiguous (thanks to Japan), we saw a very telling — and rare — U.S. vote abstention. When an EU commitment to climate action was recently undermined by gas industry lobbyists and Euorocratoc wavering thanks to the Russian-EU gas crisis, it was great to see China step in and take an opposite approach — and become the global leader for driving for a credible green finance taxonomy by making it clear that it does not see natural gas as an investable “green energy” source.

Interest in fossil fuel divestment continues to grow as well. ABP of Netherlands, AXA of France, First Republic Bank in the U.S. and Zurich of Switzerland have all made recent divestment announcements. While some are skeptical of fossil fuel divestment, we at IEEFA feel this thinking ignores the growing global capital flight from fossil fuels, starting with thermal coal but spreading to coking coal, oil and gas. With the growing tsunami of capital reallocation away from high emissions assets into zero-emissions industries of the future, divestment is an important tool to decrease fossil fuel supply and increase the risk of stranded fossil fuel assets.

All these actions are not being ignored by investors. Wood Mackenzie warns that the pool of climate-agnostic investors continues to shrink. Add to that the growing threat of $60 billion of unfunded rehabilitation liabilities alone for offshore Australia and the risk is significant enough to force even climate science-denying governments to act to avoid taxpayers being left holding the liabilities.

BlackRock’s legalistic defense of its Adani investments strains credibility and seems increasingly out of touch with changing investor sentiment.

Financial markets are also sending a strong signal on the growing understanding of climate risks. EU emissions trading system (ETS) hit successive record highs this week of $89 a ton, trebling in the last year and up tenfold over five years.

This increasingly puts the onus on the world’s largest investors to act in more meaningful ways to accelerate the end of the use of fossil fuels. A critically important step was taken at COP26 with the GFANZ $130 trillion agreement. Now action must follow pledges.

The next imperative for financial firms is to lift the bar and cull the nonsense idea that global climate financial laggards can be included without any decisive change in their investing and lending practices. They may have no choice as U.S. regulatory scrutiny increases. The U.S. Treasury’s Financial Stability Oversight Council has identified climate as a major financial risk. This adds to the weight of the Security and Exchange Commission’s (SEC) actions to reduce investor deception from greenwash.

Given this, BlackRock’s legalistic defense of its Adani investments strains credibility and seems increasingly out of touch with changing investor sentiment. BlackRock argues that investing in one subsidiary is not the same as investing in another subsidiary. This is fallacious thinking for a family-controlled conglomerate that has intercompany transfers as standard operating procedure. BlackRock must call out and divest global laggards at the group level, for both debt and equity exposures, not just at a subsidiary level. Hiding behind the passive excuse is greenwash and action on changing indexes is overdue.

Nor can BlackRock use its often claimed strategy to use its influence and private persuasion with companies such as Adani. It is well known to many that engaging with Adani on ESG issues has been entirely ineffective. Real climate leadership requires BlackRock and other investors to call out and possibly divest from global laggards at the company group level, not just at a subsidiary level.

IEEFA has long trumpeted the developing world leadership of India’s energy transition, and how strong government policy frameworks and partnering with global capital are driving an unstoppable momentum for the decarbonization of the Indian economy. Solar costs are half that of imported coal-fired power generation in India. And with solar installs doubling in 2021 relative to last year, India provides a clear example of how other developing countries can leverage global finance to drive both decarbonization and technology developments so as to grow more sustainably.

Moves by corporate leaders such as Tata Power and Reliance Industries’ net zero by 2035 suggest a massive acceleration in Indian ambition. Adani’s corporate position, however, is far worse than an each-way bet. The Adani Group uses its political power to wrangle political tax concessions, adverse contract revisions and public financing that are otherwise unviable and/or unbankable and undermine the energy transition leadership of India.

We would encourage BlackRock to use its full, unprecedented fiduciary power to underpin and accelerate the advances achieved at COP26, including its massive index position. When a $10 trillion giant moves decisively, the global investor pack will follow.

It’s time for BlackRock to move out of Adani.