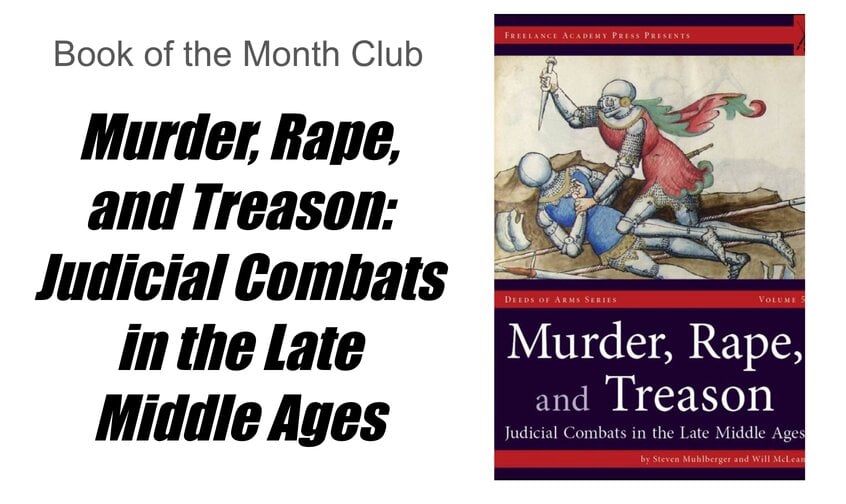 Our next book in the Book of the Month Club will be Murder, Rape, and Treason: Judicial Combats in the Late Middle Ages, by Steven Muhlberger and Will McLean.

The word “duel” suggests to modern audiences a conflict over honor, but although medieval trials by combat were likewise concerned with issues of reputation and shame, their purpose was judicial: a method of reaching a verdict when other methods could not. If evidence or testimony was not clear or was rejected by participants in a legal case, one could always turn to God. The controversies surrounding duels resulted in a number of late medieval duels being recorded in some detail. These duels are therefore among the best-known medieval deeds of arms, and accounts of some of the most sanguine, unusual or controversial are contained herein.

You can learn more about this book from Freelance Academy Press.

It is available for our readers based in the United States and Canada who sign up to our Patreon page at the $35 (US) level before the end of March. When you sign up through our Patreon page, your payment gets deducted at the beginning of each month. Then we will send your shipping information to the publisher who will send you the book.