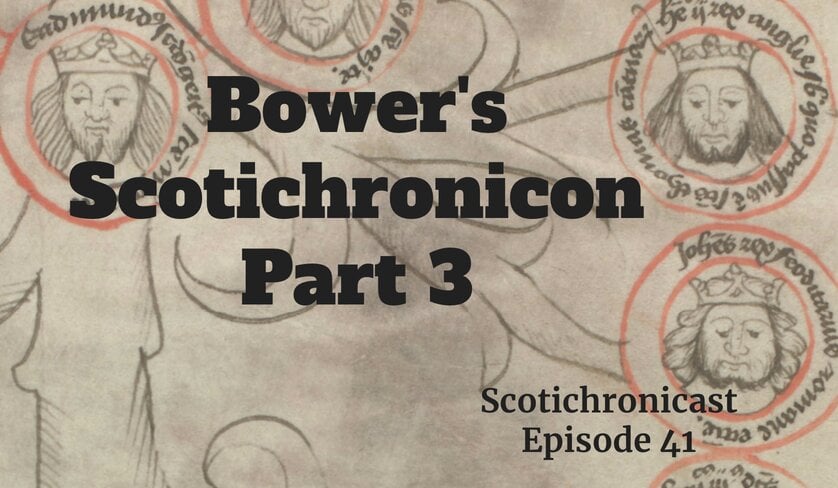 This is the third of the Scotichronicast’s book club series. In this episode Dr. Kate Buchanan and Dr. Katy Jack talk about books 11-16 in Walter Bower’s Scotichronicon. We are using the kindle version edited by D.E.R. Watt if you would like to read along with us.

You can listen to Part 1 here and Part 2 here.

Katy Jack is a freelance historian and a Visitor Services Supervisor at Falkland Palace and Garden for the National Trust for Scotland. You can follow her on Twitter @KatyJack

For this talk, they are using the kindle version edited by D.E.R. Watt if you would like to read along.

Scotichronicast is hosted by Kate Buchanan. She received her Ph.D. from the University of Stirling in 2014, with her primary research is on medieval Scottish castles and their landscapes. She co-edited and contributed to Medieval and Early Modern Representations of Authority in Scotland and the British Isles, which was published by Routledge in 2016. Kate is also an adjunct instructor for the history program at Southern New Hampshire University. Follow her on Twitter at @k8_buchanan.

You can listen to more episodes of Scotichronicast through Apple Podcasts or Buzzsprout.