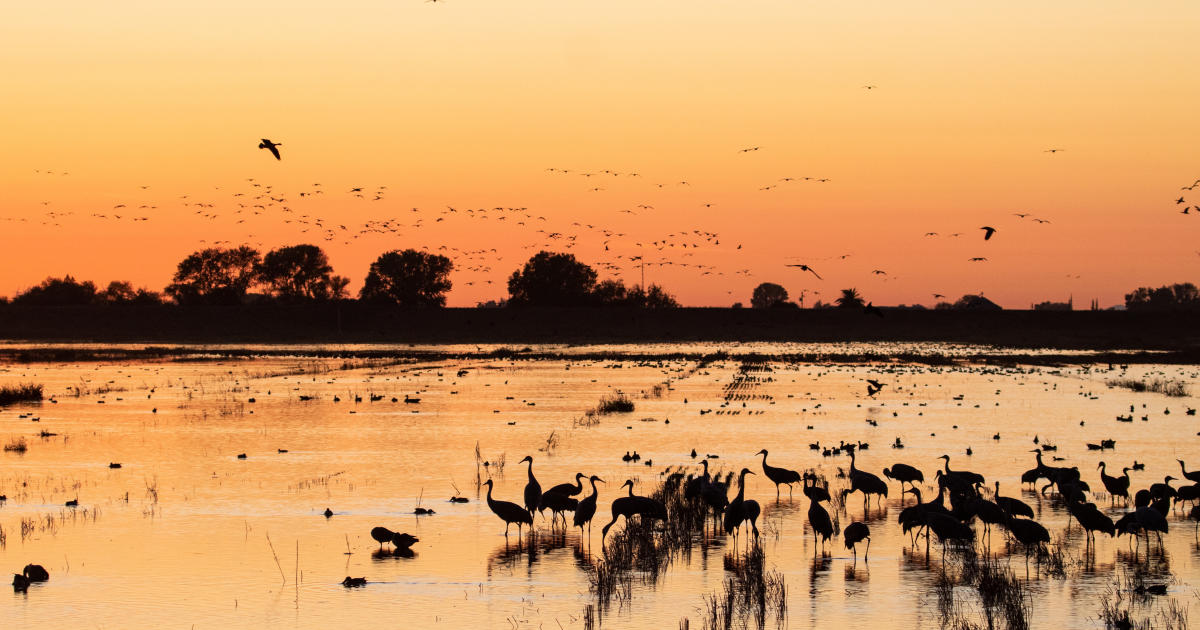 This article is sponsored by Keurig Dr Pepper.

Water is essential to the beverage industry where it is a vital natural resource used in operations and products. It is also a shared resource — important to the health of the communities and ecosystems that depend on it.

In recent years, watersheds have become notably strained due to severe droughts, wildfires and extreme weather patterns. According to the UN Global Compact CEO Water Mandate (“the Mandate”), a 56 percent shortfall in freshwater supply is expected over the next decade, threatening the environment, communities, businesses and the global economy.

As a beverage company, Keurig Dr Pepper (KDP) has the unique opportunity to develop and implement leading solutions to local and global water challenges, ultimately building climate resilience. In celebration of World Water Day, KDP is announcing its aspiration for net positive water impact by 2050 and joining the Water Resilience Coalition (WRC).

WRC is an industry-driven coalition of the Mandate that aims to elevate global water stress to the top of the corporate agenda and preserve the world’s freshwater resources through collective action and ambitious, quantifiable commitments. In joining the WRC, KDP expands upon its already existing membership in the Mandate and unites with other like-minded and action-oriented companies from across the globe to address the world water crisis.

“Our aspiration for net positive water impact by 2050 reflects our long-term commitment to leadership and collective action to safeguard water as a critical natural resource,” said Monique Oxender, chief sustainability officer at Keurig Dr Pepper. “This ambition further builds on our existing water commitments across all levels of our value chain.”

Within the company’s operations, KDP has committed to 20 percent improvement in water efficiency by 2025. And, in high-risk water communities where it operates, the company enlists partners to support its commitment to replenish at least 100 percent of the water used for its beverages produced at those sites. In fact, as a result of a recent water risk assessment, KDP has expanded the number of communities in scope for its goal, and therefore has extended the time horizon of the goal to 2030.

One long-time partner is The Nature Conservancy (TNC). Together, KDP and TNC are executing a water-lease agreement in Texas’ Trinity River watershed for 444 million liters to restore environmental flows during critical drought periods, which will benefit fish, wildlife habitat and all users downstream. KDP has also partnered with 10 organizations through the Bonneville Environmental Foundation to increase water supply reliability through a project with the Colorado River Indian Tribes. The project supports conservation efforts to shore up declining water levels in Lake Mead, while enhancing water security. Additionally, KDP has joined forces with the Beverage Industry Environmental Roundtable for a first-of-its-kind watershed collaboration to address shared water challenges in Jalisco, Mexico, and it works with over 25 leading NGOs and corporations committed to protecting California’s water future through the California Water Action Collaborative.

To further safeguard water at the farm level, regenerative agriculture practices are key drivers for protecting, restoring and managing the raw ingredients that go into the company’s beverages. KDP recently committed to support regenerative agriculture and conservation on 250,000 acres of land by 2030, representing 50 percent of the land used to grow its top climate-sensitive crops. KDP’s extensive work with its partners and coffee farmers around the world actively contributes to positive agricultural water impacts, and the company is expanding those efforts to apple and corn crops in the United States.

For example, KDP’s partnership with the Catholic Relief Services’ Blue Harvest Program in Central America has saved over 131 million liters of water through infrastructure upgrades and new water stewardship practices, improving the water supply for over 145,000 people since 2014.

By conducting on-the-ground conservation projects in partnership with local groups that share a vested interest in safeguarding water resources, KDP ensures efforts are comprehensive, grounded in scientific understanding and locally relevant. This, in turn, leads to long-term impact in watersheds that are critical to sustaining healthy ecosystems and strengthening climate resilience.

Watersheds are in jeopardy, but with urgent, collective action, the world’s water crisis can be alleviated. Working with members of the WRC, and aspiring for net positive water by 2050, KDP is not only furthering its commitment at the global level, but is also collaborating through collective action with some of the world’s biggest companies. Together, this natural resource, vital to all businesses, ecosystems and communities around the world, can be protected.