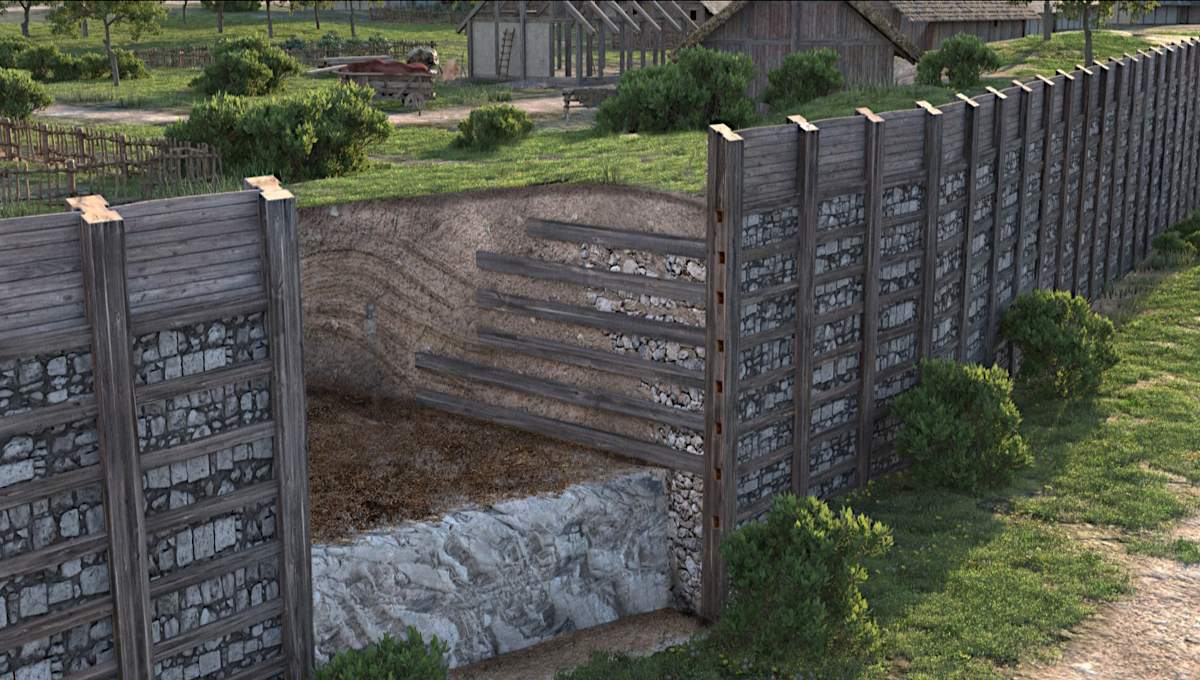 A new 3D virtual reconstruction of the Celtic gate on Staffelberg in Bavaria has been created based on the latest information discovered during excavations in 2018 and 2019. This is the first time it has been possible to document a Celtic city gate in such rich detail.

Staffelberg’s high, rocky plateau made it an ideal location for defense. The first traces of human occupation go all the way back to the 5th millennium B.C., but it reached its peak of population and importance in the late Iron Age when the Celtic oppidium of Menosgada was built on top of the plateau. It was occupied from 150 B.C. until 40 B.C. when it was burned and abandoned. The monumental gate was built around 130 B.C.

The excavation revealed high city walls and a tower three times higher than the walls at the gate. The remains of the walls are up to four feet high. No walls that high have been discovered at any other Celtic oppidia. Archaeologists also discovered a section of paved road that the oldest known in Bavaria. A footprint from the Celtic era, probably left by a construction worker, was found on the road.

Fragments of more than 30 human skulls were recovered. Archaeologists believe the skulls were placed in niches and on wooden posts in the gate. Ancient sources describe Celts adorning their gates with skulls.

“Everything indicates that the nobility who lived on the summit plateau of the Staffelberg wanted to show what they could afford with this gate. It is a demonstration of its richness and the high level of technology,” explains Dr. Markus Schußmann, who led the research excavation at the west gate of the oppidum…. According to current knowledge, the residents probably set the oppidum on fire themselves when they abandoned it around 40 B.C. Using the traces left by the foundations, the charred wood of the gate and the iron nails and fittings in the ground, the archaeologists meticulously did detective work to reconstruct the presumed structure of the complex.

Bavarian State Office for the Preservation of Monuments, emphasizes: “The Celtic Gate opens our eyes to the pre-Christian past. It reveals a lot about the life of the Celts: for example, that traffic on the oldest known street in Bavaria was on the right at the time.”