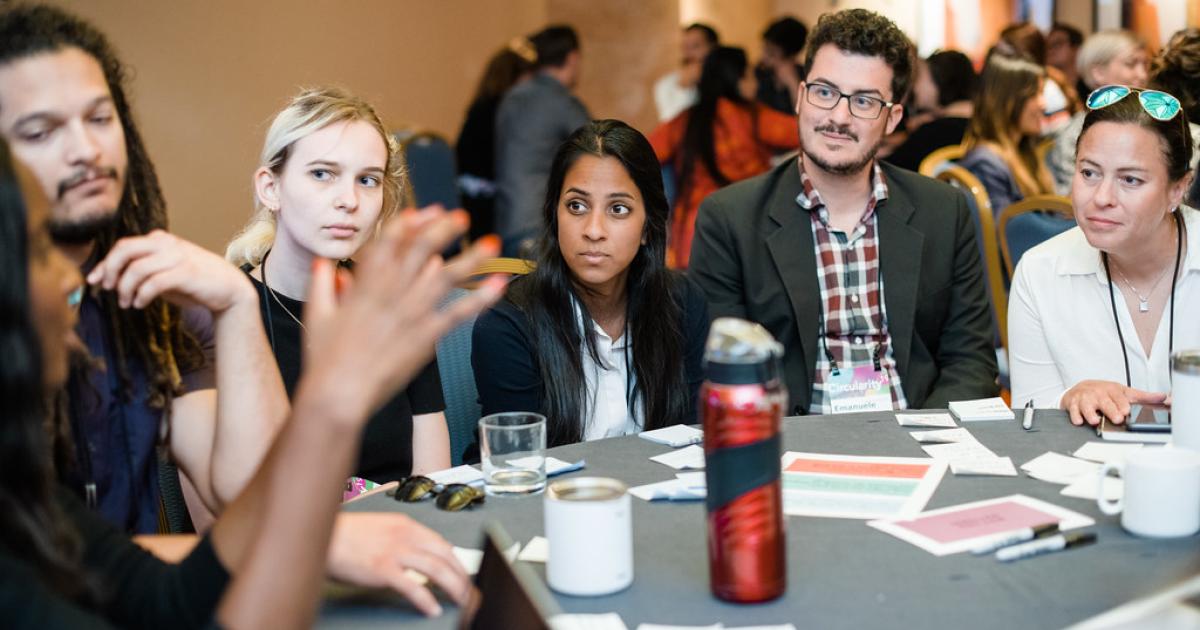 When we think about what it will take to transform our global economy, it is easy to suffer from one of two thought distortions:

The first is an overwhelming sense of existential dread. Something like, “This can never be done! The task is too big!” I think of this as the sad Charlie Brown persona. The second is a go-it-alone attitude that favors your company forging ahead alone without backup or sidekicks. I call this one Batman syndrome.

I will say that when I was a sustainability practitioner, I oscillated between these two almost daily depending on what wall I was currently banging my head against or how much sleep I got the night before.

So this week, I wanted to introduce an option to help overcome these competing feelings and highlight a couple of case studies that give me some hope that we are headed in the right direction.

Yes, I know, these two terms are used far too often and refer to far too many things. Having said that, there are some good examples of networks that are helping folks solve problems all over the global economy. What there doesn’t seem to be nearly enough of, though, are peer networks designed to bring circular economy professionals together to discuss the challenges they face. We have the Circularity conference (impactful, but fleeting), various regional networks (great for that region, but difficult to scale) and many NGOs working in the space (often not hands-on enough for corporate practitioners). To address the peer network gap, we are launching the GreenBiz Circularity Network (GBCN). This member network will include practitioners representing leading companies from all sectors who are devoted to advancing the circular economy.

GBCN will build on our successful GreenBiz Executive Network (GBEN) that has been key to many sustainability leaders’ progress over the years. Catherine Musulin, senior manager of sustainable development at Danone North America, shared that “Over the last seven years, the GBEN community has been an impactful extension of my team. It is a trusted cohort of passionate professionals willing and able to share their unique expertise.” It is with that goal of sharing and collective action that we are creating GBCN.

Much like transitioning to a low carbon economy, the transition to circularity is critical and can’t wait.

The network will include regular virtual conversations to discuss member-driven topics or feature guest speakers, two in-person gatherings per year, and report outs for members to use as reference. It will also include weekly emails where members can ask questions, share job openings and promising candidates, learn and connect. If you’re interested, please reach out using the form in the GBCN webpage.

OK, enough of the shameless self promotion. Let’s move onto a couple pieces of good news I’ve learned about recently.

A promising circularity initiative from GAF

Recent news from leading roofing manufacturer GAF fits squarely in my column of “promising developments.” The company has invested $100 million to create the first shingle that contains recycled content from old roofing material and a new circular production system where they can reclaim 90 percent of the tear-off material of a discarded roof.

According to GAF’s website, the new shingle line contains 7 percent recycled asphalt shingles (RAS) without sacrificing any performance when compared to their other product lines and the team at GAF told me they’ll be able to reach 15 percent with more collection. “Our focus [now] is on continuing to scale RAS operations across the entire GAF shingle manufacturing network,” said Joe Dennes, vice president of R&D at GAF, adding that the company is continuing research in this area. “In addition to expansion, we are continuing our development work to increase the volume of RAS content that is incorporated into our products beyond the 15 percent that has been proven to date.”

The monetary investment is huge, but remains a drop in the bucket for this industry. It is estimated that 13 million tons of asphalt shingles are removed to make way for new shingles each year. Only 10 percent of that waste gets recycled for use in paving and other projects. To put that number in context, GAF has diverted just 405,000 pounds from landfill during the pilot phase going back to 2020. This number is expected to increase rapidly once the process is commercialized, but the gap to fill is enormous and will clearly require deep collaboration throughout the supply chain. When asked about the opportunity this work presents for GAF, CEO Jim Schnepper said, “This is meaningful to us on so many levels — helping us to achieve both our sustainability and growth goals. Most importantly, the ability to reclaim 90 percent of shingle waste is the clearest path available toward keeping asphalt shingles out of landfills. This is good for the industry, and good for the planet.”

While GAF has developed the process to recycle and reuse asphalt shingle material, the collaboration really comes in the collection step. When I spoke with Dennes and Jeff Terry, vice president of sustainability and corporate social responsibility, they made it clear that partnerships with large waste haulers, roofing contractors and reverse logistics providers will be key to the success of this program. In other words, if they don’t scale in a way that is profitable for everyone in the supply chain, this program won’t get off the ground.

We can only hope that a company like GAF can start to rewrite some of the past wrongs of shingle recycling like the Blue Star Recycling debacle in Dallas.

Athletic shoes have always been a bit of a conundrum to me when it comes to circularity. They generally have multiple materials and adhesives, both of which can spell doom for the end-of-use for a product. Currently, 90 percent of shoes end up in the landfill and the soles can survive in that environment for 1,000 years. This is a problem that the whole industry is thinking about, but an article last week with an announcement about a new shoe design by Nike gave me some hope.

Many of us have heard about Nike’s Circular Design Guide. It is cutting edge in a lot of ways because it is holistic, but fundamentally relies on a number of proven methods to create more circular products. I don’t know how many products Nike has released that incorporated the guidelines, but I was very excited to see their announcement last week about the new IPSA Link shoe. The simplicity of construction and the opportunity for modularity in the product is stunning. The new design “features three interlocking modules connected without glue that can be taken apart and dropped off at Nike stores offering recycling and donation services,” according to the company.

Nike clearly has the willingness and the scale to turn the athletic apparel industry toward circularity, but even they must admit they can’t do it alone. The footwear supply chain, for example, will play a huge role in this transition where the overlap with other brands in the sector is huge. The hope is that collaboration between brands and their supply chains, maybe through the Sustainable Apparel Coalition, can translate to a big shift in this industry in the near future toward circularity.

The takeaway (at least for me)

Individual circularity efforts are great and they can make a dent, but it’s clear at this point that no level of “going it alone” is going to get us where we need to be economy-wide. So, while each of us might oscillate individually between the Charlie Brown and the Batman personas, it is important that our strategies for collaboration and progress can withstand those oscillations and keep moving forward. Much like transitioning to a low carbon economy, the transition to circularity is critical and can’t wait.