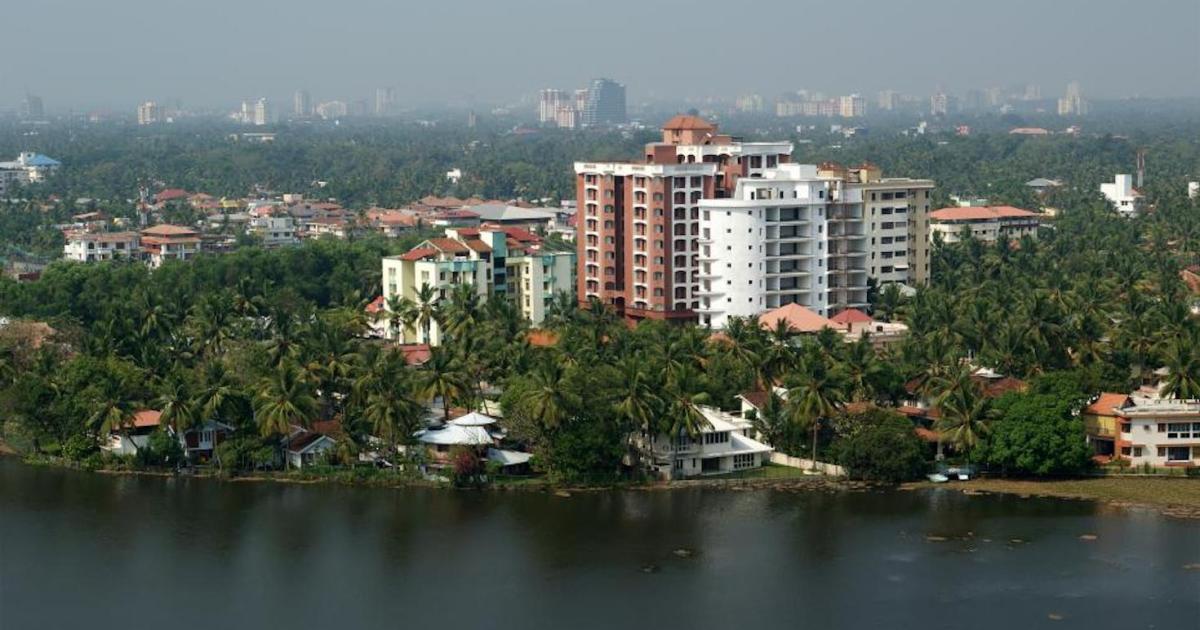 The world’s forests face a dire threat. Each year, 15 million to 22 million acres of forests are permanently cleared and many millions more are degraded. But many decisions affecting forests happen from miles away: cities are home to government officials who set land policy, businesses that sell and buy the commodities that displace forests, and investors who finance it all.

Although city-dwellers often live far from the frontiers of deforestation, the impacts of deforestation still reach them. Forest loss and degradation contribute more than 8 percent of global greenhouse gas emissions, leaving cities with rising sea levels, extreme heat events and more powerful storms. Smoke from super-charged wildfires reaches city residents regularly and is responsible for an estimated 340,000 premature deaths per year. Urban water sources are stressed and polluted with sediment where upstream forests have been removed. Forest clearance may even lead to the spread of diseases that devastate cities: Studies show a link between deforestation in bat habitats and the rise of coronaviruses such as SARS, MERS and, as many experts believe, the virus behind the COVID-19 pandemic.

For many cities, their investments in forests start in their own streets, parks and neighborhoods. Urban forests offer substantial benefits to city dwellers, including less extreme heat, enhanced air quality, increased property values and improved mental health. In the right circumstances, they can even save lives.

Freetown, Sierra Leone — one of the rainiest cities in the world — has suffered devastating landslides after heavy rains, the most severe of which in 2017 claimed nearly 1,000 lives. This happened partly because steeply sloping land became unstable from the loss of trees, which provided sheltering canopy and a strong root system. In response, Mayor Yvonne Aki-Sawyerr initiated the Freetown the Treetown campaign to plant and grow a million trees by the end of 2022, prioritizing areas at risk of landslides, riverbanks and low-income areas most in need of re-greening. These additional trees were planted and maintained in collaboration with residents, who receive mobile money micropayments for their efforts. The trees will reduce the likelihood and severity of future flood events, and the city’s soils will be better able to absorb excess rainfall when it occurs.

Kochi is one of India’s fastest-growing cities, and its residents are experiencing increased flooding and extreme heat risks from decreased green cover caused rapid and unplanned urban expansion. Kochi’s leaders are dictating a larger role for trees, forests and other nature-based solutions in their city’s new disaster management plan and climate change adaptation and mitigation strategies. The Kochi Municipal Corporation is working with local community-based organizations such as Kudumbashree — Kerala state’s women-led poverty eradication mission — as well as WRI India and Cities4Forests to promote planting trees and forests for long-term resilience, pilot community-led neighborhood-scale urban restoration and re-greening projects, and engage with local communities to protect and maintain already existing green spaces.

Urban forests and water funds are 2 promising areas to watch in cities around the world.

Increasingly, cities are also designing their urban forest programs specifically to target social equity disparities. These include unequal access to green space, uneven vulnerability to extreme heat and natural disasters and a lack of consultation when it comes to designing and implementing urban forest projects.

Many cities have realized that they must look beyond their city boundaries to protect their most valuable natural resources, including drinking water. Thirty-three of the world’s 105 largest cities rely directly on forests for their water, including for their ability to regulate and purify water supplies.

Many cities have invested in protecting forested watersheds outside their city boundaries to supply fresh drinking water. This idea has been refined by The Nature Conservancy and others into the Water Funds concept: downstream communities (often cities) pay for upstream communities (often rural or agricultural areas) to protect and enhance nature, which provides water security. Many cities around the world do this, as at least 43 Water Funds are in operation across 13 countries. The concept has been especially popular among Latin American cities, such as Bogotá and Cali, Colombia, and Rio de Janeiro, Brazil.

Cities are getting increasingly innovative with how they finance upstream forest protection. Little Rock, Arkansas, worked with its regional water utility, Central Arkansas Water (CAW), to implement a watershed protection fee on resident water bills. This fee helped raise funds to acquire and protect the forest land. In 2020, seeking to acquire forests at a larger scale, they issued the first green bond to acquire forests for watershed protection, valued at $31.8 million.

3. Taking political action for forests near and far

Many forward-thinking city leaders have expressed concern for deforestation on a regional or global scale, knowing that forests far outside of their jurisdiction affect resident well-being. These leaders have started to leverage the most powerful tools they have: their political, cultural and economic clout.

Brazil’s National Front of Mayors (FNP) — a network of more than 400 mayors from across the country — has become a powerful advocate for forests. They worked with the Global Covenant of Mayors for Climate and Energy to garner the support of 10,000 additional cities and local governments for the Amazon Cities Pact, which advocates for greater forest conservation. Their political advocacy sends a clear signal to national and state-level governments to prioritize forest conservation if they want the support of cities, as well as their voters and economic interests they represent.

It is not only Brazilian cities advocating for conservation of the Amazon. Brooklyn Borough President Eric Adams worked with several New York City Council members to pen a resolution that called for NYC businesses and governments to “divest from agricultural industries that benefit from deforestation and the acceleration of global warming,” including beef. Adams also supports a New York State Senate bill that would forbid companies contracting with the state to contribute to tropical or boreal deforestation directly or through their supply chains. Such a significant policy change could move commodity markets toward more sustainable alternatives, as the state’s $210 billion annual budget is larger than the entire economies of more than 160 countries. California is also leading with its own state-level bill and a Los Angeles-led resolution against agriculture-related deforestation.

Roughly 80 percent of deforestation is driven by agricultural commodities such as wood pulp, palm oil, beef and soy. Cities are major consumers of these commodities and can use their substantial purchasing power to shift production to more forest-friendly methods, discourage production that results in deforestation and promote products that support sustainable forest management.

In New York City, for example, a group of leaders is exploring how it can support forests through infrastructure design. In 2020, the New York City Council and the Van Alen Institute hosted an international design competition to redesign the pedestrian and cyclist space on the iconic Brooklyn Bridge. The “Brooklyn Bridge Forest” winning design proposes restoring the bridge’s pedestrian promenade with sustainably sourced tropical hardwood originating from a community-managed forest in Guatemala’s Maya Biosphere Reserve. The funds from the timber sale would be used to protect intact forests from the illegal incursions of cattle ranchers who seek to clear the forest for pasture.

Glasgow, Scotland, is exploring a similar approach as it builds infrastructure in advance of hosting COP26, the global climate summit. The city intends to develop a “Partner Forest” program that would involve sourcing sustainable forest products such as timber, coffee and chocolate from a sustainable forest enterprise in order to fund forest conservation efforts. As a demonstration project, the city is working with Cities4Forests to design a boardwalk made from sustainable hardwood sourced from the Carmelita community concession in Guatemala. The community’s forest management operation generates revenue to help to protect the region’s rainforest through investments in monitoring, patrols and reforestation, while also supporting local livelihoods.

Other cities are getting creative with funding forest conservation through payments for other common goods and services. The city of Jakarta is updating JAKI, the widely used official city app, to allow users of ride-hailing services to calculate the carbon emissions from their rides and pay to plant native trees in Indonesia’s deforested areas. This project will help sequester emissions and restore habitat for species such as the critically endangered Sumatran tiger.

A city-led call to action on forests and climate

Cities can achieve more on the forests agenda if they work together in coalitions and alliances. A prime example is Cities4Forests, a network of cities dedicated to forest protection and restoration locally and globally.

At Climate Week NYC, a group of 56 Cities4Forests member and allied cities, including more than 50 mayors, launched the “Call to Action on Forests & Climate.” This declaration urges national and subnational governments, companies and financial institutions to urgently ramp up policies and investments to support forest conservation, restoration and sustainable forest management.

These cities represent more than 170 million urban-dwellers, which may provide the impetus that countries need to ramp up their ambitions for forest conservation as they enter climate negotiations at COP26. Urban residents also represent a huge base of customers and financial actors, sending a clear signal to companies that it is time to get deforestation out of commodity supply chains and investments.

Cities are seizing the opportunity to exert some influence over the fate of the world’s forests. The rest of the world must follow the example created by this cohort of cities leading forest conservation.