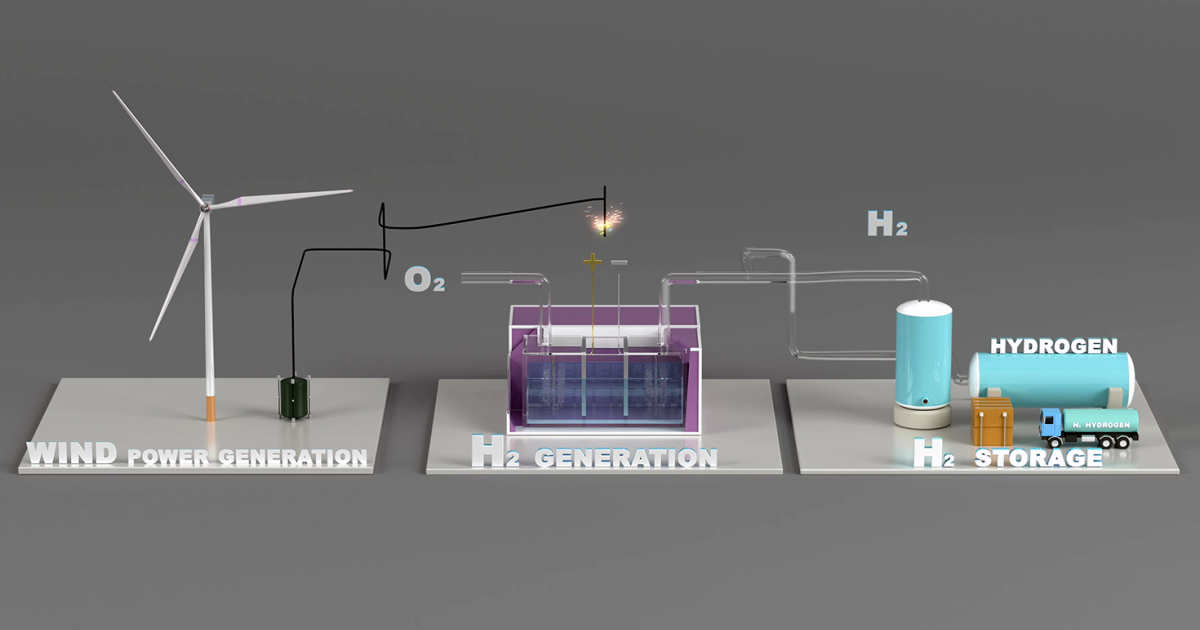 Corporations have been a major driving force in the scaling of renewable energy over the last decade. Indeed, those on the forefront made ambitious commitments before they knew how they would get there.

That moxie paid off. Voluntary procurements have given rise to new contract models, driven down the price of technologies and instilled confidence in investors, inspiring more capital to flow to the space. Thanks to these efforts, hundreds of companies, communities and institutions hopped on the 100 percent clean energy bandwagon, committing to procure enough renewable energy to offset their annual electricity consumption.

Now, leading organizations are setting their sights on the next, seemingly impossible frontier: figuring out how to match energy use with clean energy supply in real time. That means ensuring clean energy is available where and when it’s needed, all day, every day.

Cracking this nut is key for the power sector to reach deep decarbonization and to have a chance at meeting global climate goals. While large-scale renewable-energy purchases help decarbonize the grid overall, customers remain dependent on carbon-emitting energy sources when clean resources aren’t available. Yet the conditions are right for meaningful change.

What’s in a name?

The goal goes by many names. Google, the first to articulate the challenge in 2018 and to commit to achieving it by 2030, calls it 24/7 Carbon-Free Energy (CFE) — the phrase the Biden administration used in a December executive order calling for 50 percent CFE by 2030. Microsoft calls it 100/100/0 (100 percent electricity 100 percent of the time to be matched by 0 carbon energy). IBM calls it true zero.

Whatever you call it, organizations agree that it will be very hard to achieve carbon-free energy at all hours of each day for every facility while ensuring grid reliability, affordability and accessibility. Thankfully, this is the type of Gordian knot the wizards at Google and Microsoft like to figure out. And the road to success is littered with co-benefits, including:

Driving deeper emissions reductions in the power sector. Analysis from Princeton University’s Zero Lab found that CFE procurement slashes more emissions than standard 100 percent renewable goals — for both the energy buyer and the grid as a whole. That’s because CFE procurements factor in when energy is generated, meaning it is better suited to displace dirty energy alternatives, like a natural gas peaker plant.

Incentivizing new technologies. Just as traditional renewable procurements helped drive down both the technology costs and soft costs of solar and wind, CFE procurement strategies will accelerate solutions to fill the gap for the intermittent nature of renewables, according to RMI’s report, “Clean Power by the Hour.” Technologies ripe for growth include long-duration energy storage, pumped hydro, green hydrogen, geothermal and advanced nuclear.

Hedging against energy price volatility. CFE procurement contracts lock in a price at specific times — meaning corporations that sign these deals may be better protected from price volatility when the unexpected happens (such as a polar vortex or a heat dome), according to both Zero Lab and RMI.

While it’s unclear exactly how this goal will be achieved, a suite of strategies will be key:

Of these buckets, energy storage is the Holy Grail in the short term. It’s the aspect that makes reaching true zero so expensive — at least until we decipher the code to cheap, plentiful, long-duration energy storage. Based on today’s energy system, hourly load matching beyond about 50 percent of the time will be highly reliant on energy storage, according to analysis from RMI. But early leaders believe that the price premium is worth it, if their leadership makes it easier for others to follow.

“Corporates compete,” says Caroline Golin, global lead for energy policy and market development at Google. She referred to “a gold rush on wind and solar” during 2021 in the United States, where companies were fighting over projects to meet near-term clean energy goals and capitalize on sunsetting tax credits. “I think we need to get out of the space of competing over megawatt hours and start to compete over impact.”

There are already a handful of contracts and power purchase agreements (PPAs) that promise to deliver carbon-free electricity to customers. These are the early whisperings of standardized models that will enable the space to take off. Among them:

Additionally, Google partnered with Sustainable Energy for All and UN Energy to develop the 24/7 Carbon-free Energy Compact, a commitment for signatories to become “part of a global community actively engaged in accelerating the technologies, policies, tools, ideas and advocacy” that will collectively realize a truly carbon-free power sector. By the end of 2021, 40 organizations, both large and small, had signed on.

24/7 Carbon-free Energy Compact — it is bringing more organizations onboard with the true-zero vision.

Google — the tech giant was an early mover in this space and has just the right competitive spirit to strive to stay ahead of the other climate leaders nipping at its heels.

Green Software Foundation — it is working to embed carbonaware principles into software used to power all parts of the economy, which will be essential to shifting load curves.

Microsoft — the software company has signed some of the first CFE PPAs in Europe and the U.S. It is also a major backer of carbon-aware software.

Zero Lab — it is doing innovative modeling to understand what a carbon-free grid will look like at a market-level.