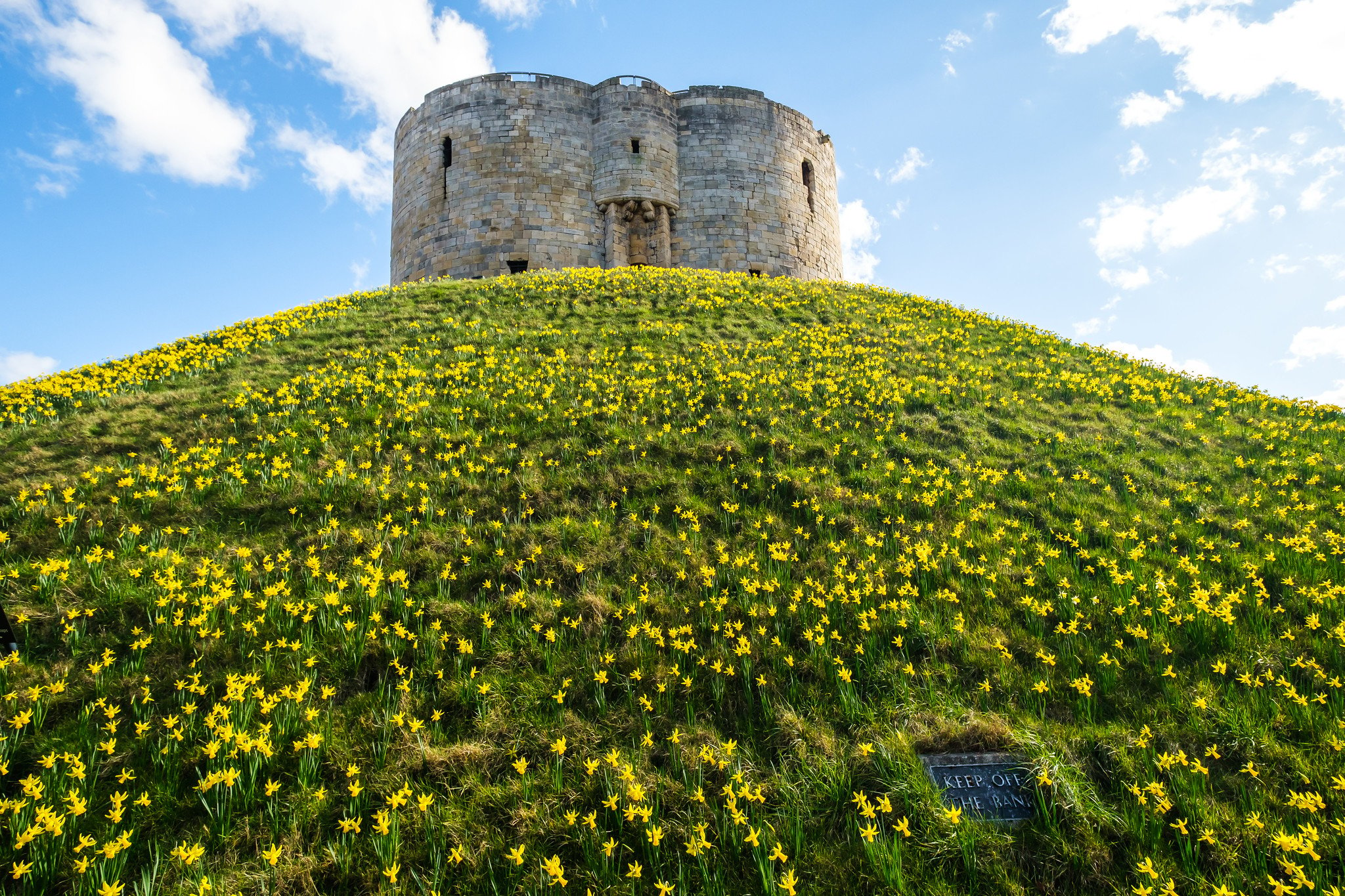 Clifford’s Tower in York has reopened to the public this month, following a major £5 million project to conserve and radically transform the interior of the 800-year-old landmark.

Previously, the tower was an empty shell. However, English Heritage has installed a free-standing timber structure within it, protecting the ruin and creating a new roof deck to provide magnificent views over York. On the tower’s lost first floor, dramatic aerial walkways will open up hidden rooms for the first time since Clifford’s Tower was gutted by fire in 1684.

The new interior and roof deck at Clifford’s Tower has been designed by Hugh Broughton Architects, a leading contemporary architectural practice. Supported by four slender wooden columns, the ingenious structure sits on a raft foundation, which spreads the load without impacting on the archaeological remains beneath the tower. The practice has worked closely with conservation specialists Martin Ashley Architects to produce a scheme which sits respectfully within the heritage structure.

New interpretation will help place the tower in the context of both the historic York Castle and the city of York itself as well as introducing visitors to the tower’s long and turbulent history. Visitors can explore the castle’s founding by William the Conqueror, the tower’s role as the site of the tragic 1190 massacre and suicide of York’s Jewish community – one of the worst anti-Semitic episodes in English history – and the role of the castle as both a medieval royal stronghold and a garrison during the Civil War.

Integral to the new scheme is its soundscape. Layers of background sound will take visitors back in time, allowing them to experience the tower as it would have been at various periods in its long history. Visitors can engage with five key moments in that history with the help of the voices of local residents who bring the stories of fictional characters to life, each representing a different chapter in the tower’s past.

As part of the English Heritage project, the tower has also been conserved. Exposed to the elements for more than 300 years, its historically fire-damaged stonework, and the walls, turret stairs, arrow slits and fireplaces have been painstakingly repaired. The chapel has been reroofed, while the carved heraldic plaques above the entrance to Clifford’s Tower, showing the coats of arms of Charles I and Henry Clifford, Earl of Cumberland, have also been conserved.

To improve access, additional handrails have been introduced to the steps up the mound on which the historic tower sits and three resting points created. A map and a timeline at the base of the mound provide interpretation while also at street level, English Heritage staff will greet visitors at a new Piaggio, a three-wheeled vehicle, providing information, tickets and guidebooks.