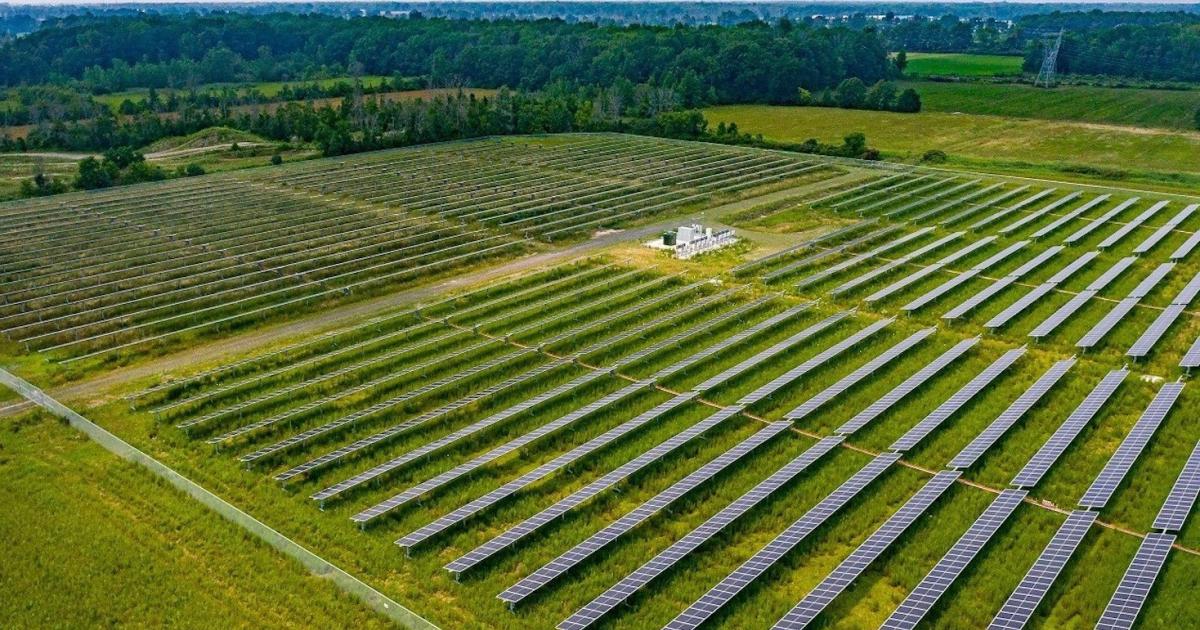 In the last few months, I’ve seen a flurry of headlines painting a rosy view for the future of community solar. Consider:

In 2019, I wrote about community solar and the hodgepodge of legislation helping or hindering its spread. A lot has happened in the last three years. So what’s new with community solar, and how can corporations use it to meet their clean energy goals?

What is community solar?

Broadly speaking, community solar refers to an array where multiple consumers benefit from a single system.

I confess, I have a soft spot for community solar. Something warms my small-town heart to think of a community collectively owning a resource, building resilience and independence together. It’s a model that makes sense to me, especially as the unpredictable ramps up with the onset of climate chaos.

I also love that it makes clean energy more accessible to more groups of people.

It enables people and companies to tap into the benefits of local solar — such as cheaper energy and increased energy resilience — when rooftop solar isn’t an option, which is the case for three-quarters of Americans. Community solar’s subscription model means people don’t need to commit to long-term contracts, which may seem daunting.

This is especially exciting as a tool to create a pathway for low-income communities to tap into the benefits of solar, such as lower energy bills and increased resilience. Organizations such as Washington, D.C.-based Groundswell use community solar to engage communities that have been largely excluded from climate tech innovations. The nonprofit reports it is collectively saving low-income households $1.85 million annually on energy — all with the power of the sun.

Because the community solar arrays are connected to the grid, they can also be sited and deployed in locations advantageous for increasing resilience. When paired with energy storage, it can also be a resource to keep power flowing in the case of disruptions from, say, extreme weather.

Because community solar arrays tend to be smaller than corporate procurements, they tend to get less attention in clean energy roundups, such as the GreenBiz deal tracker.

But what they lack in size can be made up for with other benefits. The structure of community solar projects can help reach other holistic considerations in a corporate clean energy procurement strategy. It can be used to bring clean energy to more communities, build local resilience or help corporate partners with land access a new revenue stream.

Corporate leaders in the community solar space include:

Other corporations have turned to community solar projects as subscribers, reflecting how the structure has opened the door to smaller corporations and companies earlier in their decarbonization journey:

What’s next for community solar?

While community solar is gaining in popularity, it is also beholden to local regulations and utility interconnections. Today there is a hodgepodge of policies across the nation, with 20 states embracing policies that enable community solar projects.

Community solar advocates, including the CCSA, are lobbying for federal legislation to help spur the market forward. The group issued seven policy recommendations, such as establishing tax incentives and streamlining interconnection processes through integrated grid planning.

Others are pushing for state laws to better support community solar. A recent opinion piece in Utility Dive makes a strong case that the California Public Utility Commission should incorporate community solar provisions in its net metering policies to better serve Black households.

In the meantime, corporations are likely the forces that will continue to find new financial structures that will keep spreading community solar to more people. As those become more established, and as more communities experience the impacts of climate chaos and disruption, community solar prevalence is sure to rise.