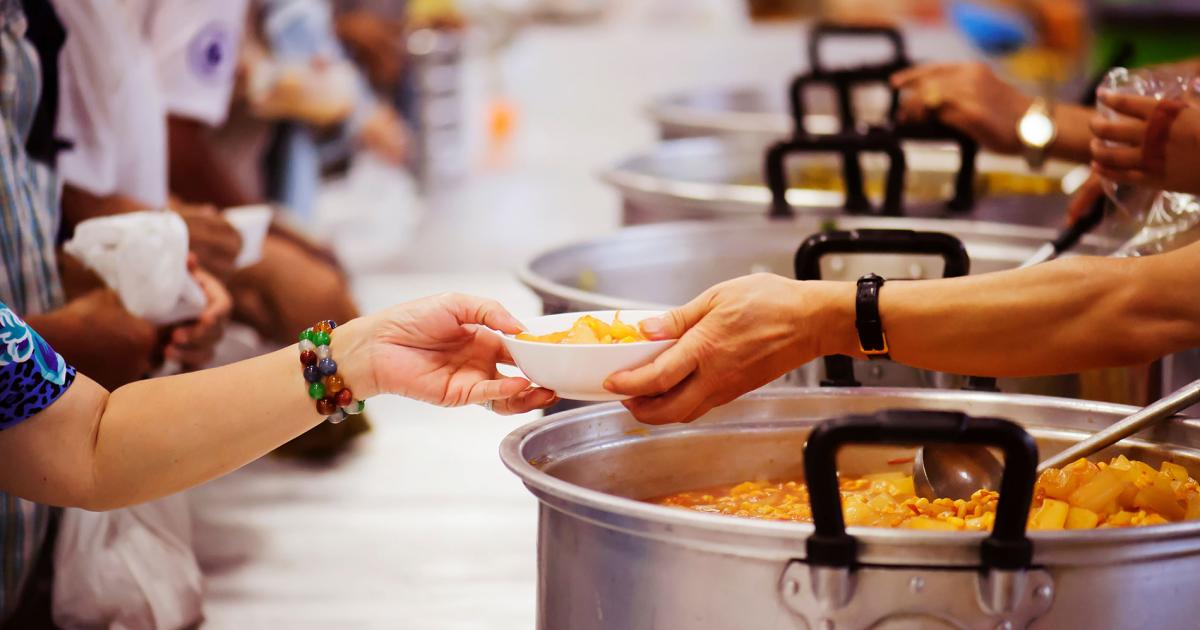 It’s difficult not to be downcast when you survey the global geopolitical scene in 2022. The four biblical horsemen of the apocalypse — war, famine, pestilence and death — seem to hold the reins of our collective future.

Hunger, for so long primarily confined to less-developed parts of the world, is gnawing at the West. Some of this has been caused by the Russian invasion of Ukraine, which has upended Europe’s breadbasket, such as blockading in Black Sea ports the 90 million tons of agricultural produce originally destined for Asia and Africa.

But despite these circumstances, we cannot ignore the fact that climate change is the main disruptor of the global diet.

We cannot ignore the fact that climate change is the main disruptor of the global diet.

Just look at the past 12 months. We’ve seen climate-change induced unusual weather patterns everywhere. Severe flooding wiped out many crops and drowned millions of livestock in North America, while heatwaves shriveled others. Eastern Australia received its year’s worth of rain by the end of March, washing away swaths of crops; India and Pakistan were scorched by their hottest April in 122 years, leaving most of its wheat crop as cinders and killing thousands. Africa has been battered by storms that have caused widespread death and destruction.

Rampant worldwide inflation is putting added pressure on people being able to get basic foodstuffs, while sky-high fuel prices and broken, chaotic supply chains make getting that food into people’s mouths ever more expensive and problematic.

We are in danger worldwide of not even meeting the base level in Maslow’s Hierarchy of Needs: physiological safety (food and clothing).

The United Nations’ Food Price Index hit its highest point in March as prices for wheat, maize and vegetable oils went through the roof. These increased costs for basic foodstuffs will affect everyone, especially those millions who live by fine margins.

This mix of famine, death, war and climate change is displacing millions of people. Filippo Grandi, the UN High Commissioner for Refugees, warned in April that there could be 100 million refugees around the world. That’s similar to everyone in California, Texas, Florida and New York needing to move. At the same time.

We are further than ever from UN Sustainable Development Goal No. 2: zero hunger. We were meant to achieve that by 2030. Instead, the UN estimates 840 million people will be affected by hunger in 2030, and that calculation was done before this year’s climate and conquest events.

Lives and livelihoods are being lost, mostly from the 6.5 billion people in 143 countries that have emerging markets and developing economies. Over 90 percent of all the deaths from extreme weather events in the past 50 years have occurred in these countries.

Hunger is biting in the more-developed quarters of the world. A new report from the Food Foundation in the U.K. found that one in seven families are “food insecure.” That so many families in one of the G7 countries can no longer pay for three square meals a day shows this problem is real. And It’s not going away.

Against this terrible backdrop, the World Economic Forum’s annual meeting takes place May 22-26 in Davos, Switzerland. Its theme this year is “Working together, restoring trust,” so where better place to start working together than trying to stop a global famine?

How we work together

No single business or group of people can survive in our world of accelerated climate change nor face all the challenges that come with it. We need to revisit our business models and reimagine how we do business — and how we survive and thrive peacefully together. Only then can we build a better future for work for those losing their livelihoods. Here are some ways we could work together:

Waste not, want not. A shocking amount of food goes to waste every day. Let’s use the Food Recovery Hierarchy that was drawn up by the United States Environmental Protection Agency as our guide, starting with reducing the sources and volume of surplus food generated and donating food to those in need. At the same time, companies should consider the performance and diversity of their supply chains, come up with fresh ideas on how to improve packaging to reduce food waste and work out how to shift consumer demand.

In terms of supply chains, companies should be encouraged to buy locally (based on neighborhood, town, city, region or country) to help stimulate local economies and lessen the effects of climate change.

Invest wisely. The guidance from Ceres2030 studies looks even more pertinent now. Companies need to take fresh eyes on where they are putting their money and sign up for the “End Hunger, Nourish the Future” pledge. These are the top 10 priorities, based around empowering the excluded, on the farm and beyond:

These investments in people and technology would also help with the climate crisis. The changes could limit greenhouse gas emissions for agriculture to meet the commitments agreed upon in the Paris Climate Agreement. At the same time, they could double the incomes of 545 million food producers and their families worldwide.

Businesses would get other benefits from these investments. The new finance and technology would expand markets that have the most growth potential for many companies. The public commitment could help them attract top young, skilled professionals who want to join companies that have a higher sense of purpose. All this will boost companies’ environmental, social and governance (ESG) profiles, a high priority for the investment community.

Listen to stakeholders. How will your stakeholders react? Will they be prepared to share the pain and meet the famine challenge head-on? Or will the nonstop inflation make your company want to hide its resources and money under the  (metaphorical) corporate mattress?

Climate change, biodiversity loss and deforestation are all directly or indirectly linked to food. Companies must stay informed on all these major issues, because none exists in isolation.

Tap into technology and nature-based solutions. Technological innovations should be harnessed to help all, not just a privileged few. Only then can we create the future we want and need if we don’t want to leave anyone behind. There are so many great options out there already:

Human development suffers when people go hungry. Climate change is accelerating our plunge towards loss of crops and livestock, lack of biodiversity and potential worldwide famine. It’s time to work together and feed the world (as Bob Geldof once said). Or many people won’t know when it’s Christmastime in 2022.