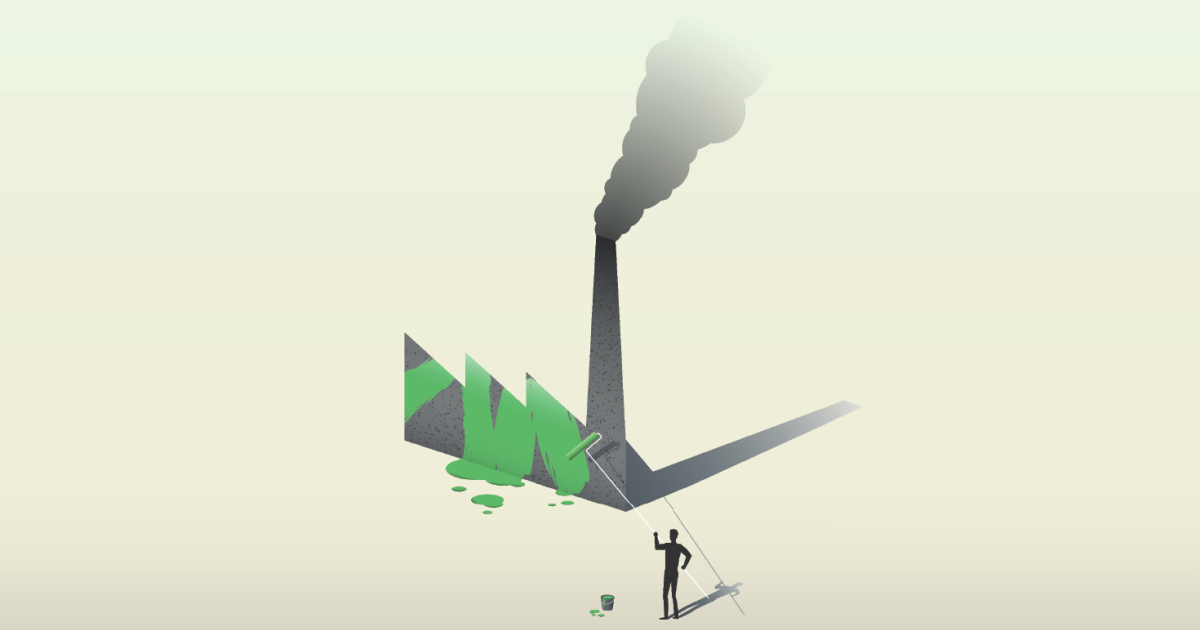 Consumers are vulnerable to false or misleading claims about the environmental credentials of companies, products and services, according to new research that underscores the need for stronger protections and targeted interventions to curb the impacts of “greenwashing.”

A major new Behavioural Insights Team (BI Team) study published last month found that more than half — 57 percent — of consumers believed “greenwash” claims that were exaggerated, misleading or inaccurate were a reliable source of information about a company’s environmental practices.

It also found consumers were much more likely to agree that energy firms trumpeting misleading environmental claims had strong green credentials, compared to energy companies that did not engage in greenwashing.

And, among consumers who took part in the study — commissioned by Australian non-profit Clean State — those who were more concerned about the environment were in fact particularly susceptible to being taken in by “greenwashing,” according to the BI Team.

“Perversely, this means that the growing number of concerned consumers motivated to make a difference are the biggest victims of greenwashing,” BI Team explained. “Despite intending to make greener choices, they may be selecting products or services that are much more harmful than they believe.”

Consumers were much more likely to agree that energy firms trumpeting misleading environmental claims had strong green credentials, compared to energy companies that did not engage in greenwashing.

However, the research also explored the impacts of targeted interventions, education and prevention measures aimed at raising awareness of greenwashing among consumers, and found that such efforts were often effective at limiting the impact of misleading claims.

“The good news is, the interventions made consumers more skeptical about greenwashing companies,” the behavioral research firm said. “Consumers who received both the literacy and pre-bunking interventions rated the green credentials of the fictional companies significantly lower compared to the control group.”

Participants in the study were shown mock adverts for fictional energy companies, two of which were deliberately devised as “greenwash” ads, and another as a non-greenwash ad, according to the BI Team.

However, prior to being shown the adverts, participants were also randomly assigned to three groups. One saw participants given information to help better understand greenwashing and its intentions; another group took part in a practical greenwashing marketing planning exercise; and a final group were given no greenwashing interventions or educational measures at all.

The BI Team said the findings of its study showed that consumers “are vulnerable and need protection” from the harms of greenwashing, and that the “greatest impact” is likely to be achieved by tightening regulations of advertising standards.

It highlighted new laws in France which mean firms can be fined up to 80 percent of the cost of their false green advertising. In the U.K., meanwhile, both the Advertising Standards Authority and the Competition and Markets Authority (CMA) have launched initiatives to explore how to tackle the growing prominence of corporate greenwashing. However, campaigners have consistently argued that neither agency is going far enough in tackling misleading green claims or tackling advertising for high carbon products and services.

The BI Team stressed that its findings also suggested education, awareness and “pre-bunking” interventions could be effective weapons in the fight against greenwashing.

“In the absence of regulatory change, our trial demonstrates that evidence-based literacy and pre-bunking campaigns provide substantial protection from greenwashing,” it said. “If engaged with en-masse, these interventions could re-enfranchise consumers to make more meaningful choices for the planet.”

As the green economy grows, more businesses will seek to promote their environmental credentials, and some will either willingly or unwittingly end up over-egging their claims. As the BI Team’s experiment shows, greenwashing has the potential to do significant damage, not just by misleading customers, but also by fuelling cynicism and creating mistrust in the entire economy-wide effort to decarbonize.

Helping to ensure consumers understand how and why greenwashing works seems a sensible first step in tackling the complex new world of questionable green claims.