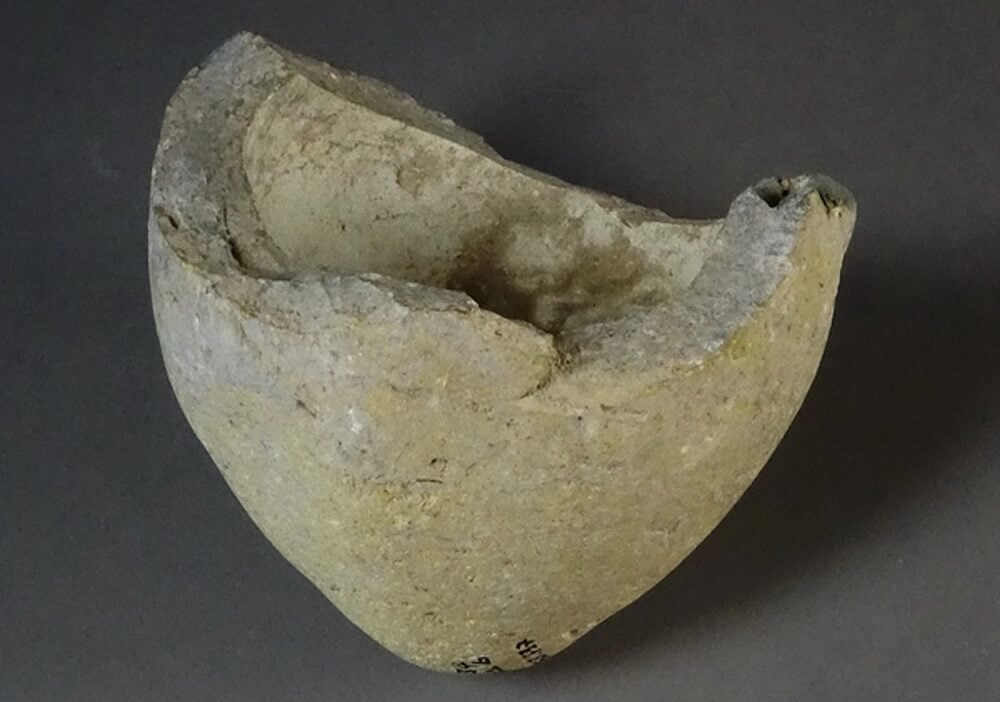 A common artifact from the medieval Middle East were sphero-conical containers, which had a variety of purposes, including beer-drinking vessels, mercury containers, containers for oil and containers for medicines. Now, new research suggests that some of these items could have also been used as a type of hand grenade.

This latest research, led by Carney Matheson of Griffith University, focused on medieval ceramic vessels and what a residue analysis revealed about them. The findings showed that some of the vessels contained a flammable and probably explosive material that indicated they may have been used as medieval hand grenades.

In the research, published in the journal PLoS ONE, the team examined four ceramic sherds, excavated from Jerusalem and likely dating to either the 11th or 12th century. Through a variety of scientific tests, they determined this items would have held compounds such as mercury, sulphur, aluminium, potassium, magnesium, nitrates and phosphorous.

The researchers believe that one of these vessels was used to hold oils, while two others probably contained medicinal materials. However, the fourth vessel, known as shred 737 and now held at the Royal Ontario Museum, contained the chemical ingredients for an explosive device. They write:

when considering the elemental and chemical data, the interpretation as a residue from an explosive device, possibly an incendiary or illumination grenade is worth considering further. The thick walls of this vessel would provide the containment and strength to withstand the build-up of pressure prior to detonation, which is required for an explosive weapon. While sherd 737 is from an undecorated vessel with an approximate weight and shape optimal for a grenade and the interpretation of an explosive device is consistent with its recovery from the destruction debris above the medieval surface. Also, the historical accounts, like the siege of Jerusalem in AD 1187, report weapons consistent with grenades thrown against the city by the forces of Saladin.

Matheson, an Associate Professor at Griffith’s Australian Research Centre for Human Evolution, said the explosive material he analysed within the vessels suggested that there may have been a locally developed ancient explosive.

“This research has shown the diverse use of these unique ceramic vessels which include ancient explosive devices,” Matheson said. “These vessels have been reported during the time of the Crusades as grenades thrown against Crusader strongholds producing loud noises and bright flashes of light. Some researchers had proposed the vessels were used as grenades and held black powder, an explosive invented in ancient China and known to have been introduced into the Middle East and Europe by the 13th century. It has been proposed that black powder may have been introduced to the Middle East earlier, as early as these vessels from the 9th-11th century. However, this research has shown that it is not black powder and likely a locally invented explosive material.”

The research also noted that some of these vessels had been sealed using resin from conifer trees. They hope this research will help offer insights into “the production and trade of luxury and medicinal products and alchemy in medieval Middle East.”

Matheson also adds that “more research on these vessels and their explosive content will allow us to understand ancient explosive technology of the medieval period, and the history of explosive weapons in the Eastern Mediterranean.”

The article, “Composition of trace residues from the contents of 11th–12th century sphero-conical vessels from Jerusalem,” by Carney D. Matheson, Cory R. Vickruck, Chris J. McEvoy, Kim K. Vernon and Robert Mason, is published in PLoS ONE. Click here to read it.

See also: 10 Moments in the Invention of Guns and Gunpowder