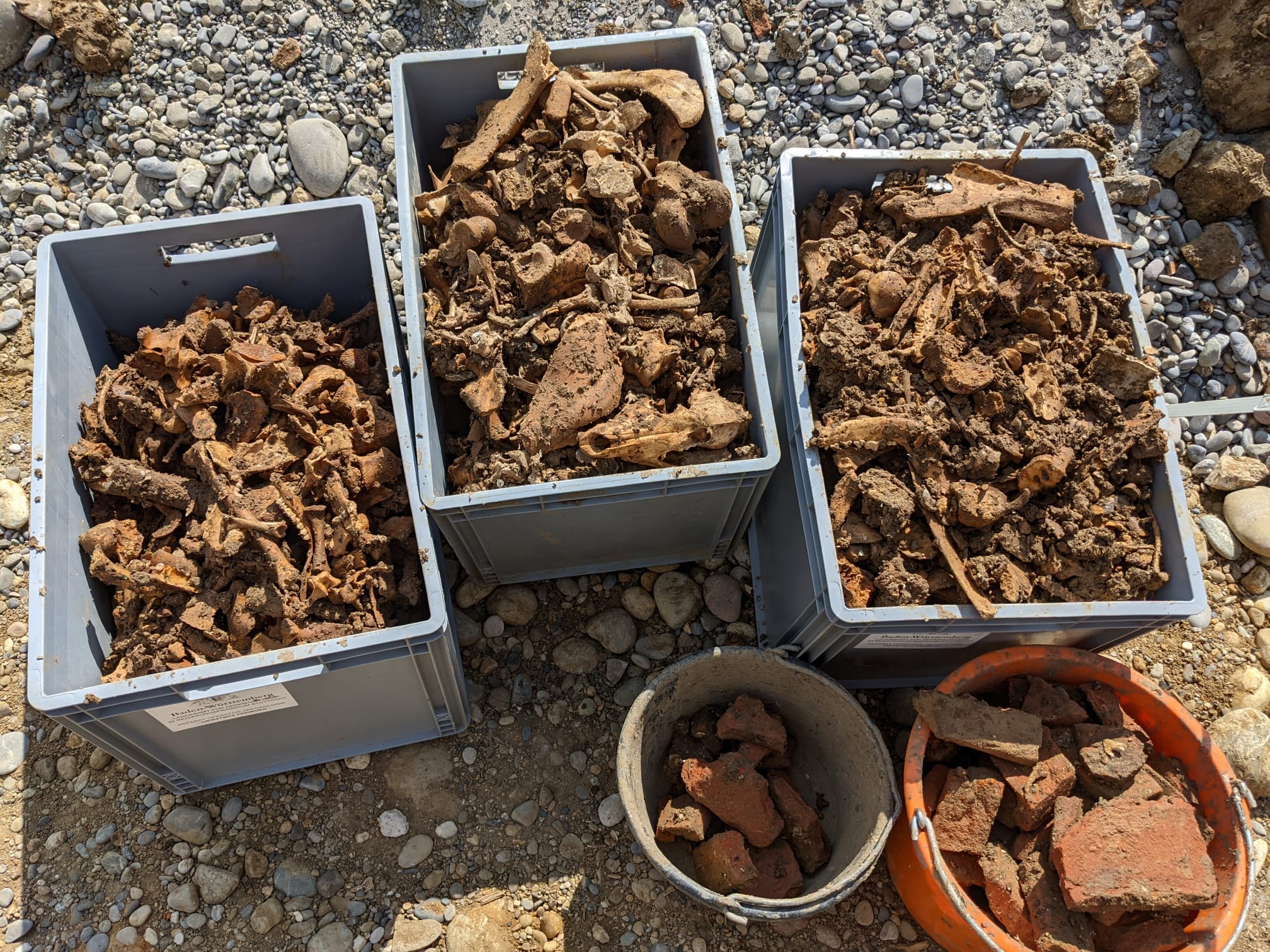 Archaeologists have discovered a Roman-era well in an excellent state of preservation in the municipality of Grenzach-Wyhlen in southwestern Germany. Located on the bank of Rhine where it forms the border with Switzerland, the find site is opposite the Roman colony of Augusta Raurica, so it was archaeologically surveyed before construction of a housing development. Between June 2021 and April 2022, the excavation revealed the foundations of several Roman-era buildings and a stone cellar.

Just three feet in diameter, the well required specialized equipment and trained personnel to explore. They were able to explore the deep shaft of the dry stone well to a depth of 26 below ground level with the aid of a mechanical excavator. Contractors AchaeoTask then deployed custom scaffolding and safety devices connected to load winches to continue digging ever deeper.

All employees on duty had previously been trained in height safety and rescue technology. The work steps are complex: one person is continuously responsible for securing, a second person abseils down and fills the lowered bucket. After pulling up, a third person retrieves all the finds from the bucket. The well filling is finally recovered bucket by bucket. After every one and a half meters of “spooning out” and documenting, the Roman well shaft has to be strengthened for safety reasons. The joints and cavities are pressed out with mortar – a time-consuming and physically demanding work step that requires a ton of mortar for a three-metre shaft.

As of last week, the well has been dug to a depth of 38 feet and there is still no end in sight. They haven’t even reached any water yet. Any non-bone organic remains may have been preserved in a waterlogged layer at the bottom of the shaft. 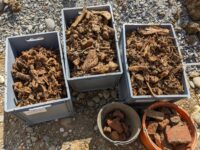 The fill that has been removed thus far consists mainly of roof tile fragments, bricks and animal bones. The tile fragments were in the uppermost layer of the well fill. The animal bones begin below them. Archaeologists with the State Office for Monument Preservation (LAD) are currently examining the bucketsful of animal remains to identify the species, their ages at time of death and evidence of slaughter on the bone. The team hopes to get new insight into how the Roman-era residents bred, fed and butchered animals.